They intend to demand a supplementary budget to sustain the industry.

Macharia said wildlife was allocated Sh600 million while tourism got Sh400 million, which he said is insufficient.

He said it needs a lot of funding to keep sector vibrant and return to normal operations before the pandemic. 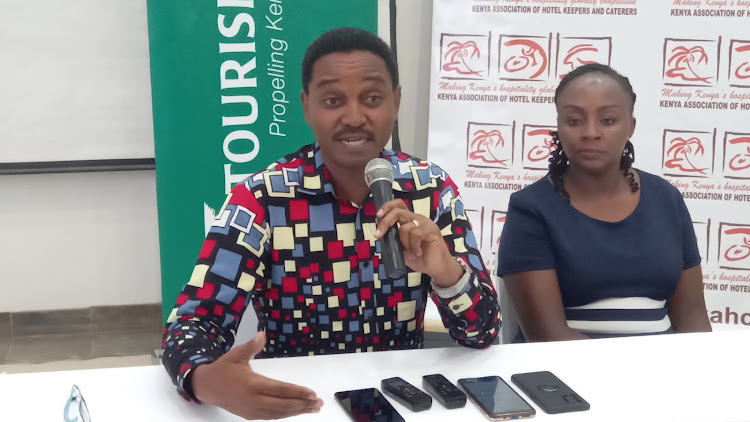 Tourism stakeholders have raised concern over low budget allocation from the National Treasury.

The Kenya Association of Hotelkeepers and Caterers said the money allocated to the sector is too little to effectively run and promote tourism locally and globally.

"The recently read budget was not normal and funds set aside for our industry were very tiny and shocking," he said.

Macharia said wildlife was allocated Sh600 million while tourism got Sh400 million, which he said is insufficient.

Macharia said the sector is in a fragile situation and requires a lot of support to recover from the effects of Covid-19 pandemic.

The CEO said they will demand a supplementary budget to sustain the industry.

He said it needs a lot of funding to keep sector vibrant and return to normal operations before the pandemic.

Macharia said currently the tourism industry is operating at 50 per cent compared to previous years.

He said in 2019 about two million domestic and international guests were recorded.

At the end of the financial year they project to receive a million visitors, a number that is still low.

Macharia said more has to be done to bring the sector back on its feet.

He said the rise in fuel and commodity prices is set to be a major drawback in reviving the sector and the government must look for ways to address the issue.

He spoke on Thursday while opening a two-day finance conference  at Jacaranda Hotel in Diani, Kwale county.

The participants had gathered to discuss challenges affecting the sector.

They had also met to assess their readiness to comply with new reforms imposed by Kenya Revenue Authority to increase tax collection.

The conference will also be handling compliance matters on Tourism and  Training Levies.

Macharia said the participants will be explained where to get the TIMS machines and how to meet the deadline.

He said the event will enable participants to discuss concerns of the election period.

He said the Tourism Federation will be engaging politicians and urging them to maintain peace.

Macharia said the election outcome have great impact in the tourism sector and the country's economy as a whole.

"Our key source markets are not concerned about our elections but when violence emerge sthen it becomes an issue to them," he said.

Macharia also said the entry of the Democratic Republic of Congo into East African Community is a game changer to the tourism industry.

He said the bloc now has the potential to produce around 20 million tourists.

Macharia said they have also identified Western Africa markets for tourism and are reaching out to South Africa, Nigeria and Ghana to strengthen relationships.

KAHC Coast chairman Harald Kampa said they are optimistic that the tourism industry will do better in future because of efforts by member states to remove Covid-19 restrictions.

He said most of the European countries are still in lockdown and once the containment measures are lifted more visitors will be travelling to Kenya.

"Our government got rid of the Covid-19 regulations early enough compared to Europeans who have just begun lessening some restrictions," he said.

He said it might take awhile for the tourism industry to bounce back but cooperation between stakeholders and government is key to the sector's future. 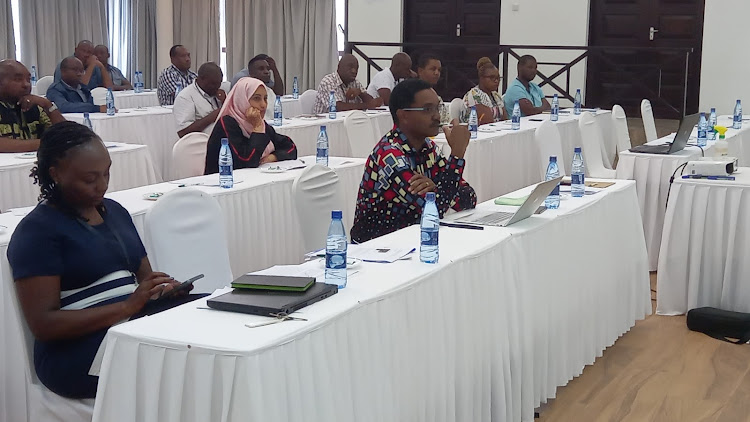