ATPUS says three suspects were in constant communication with terror operatives in Somali. 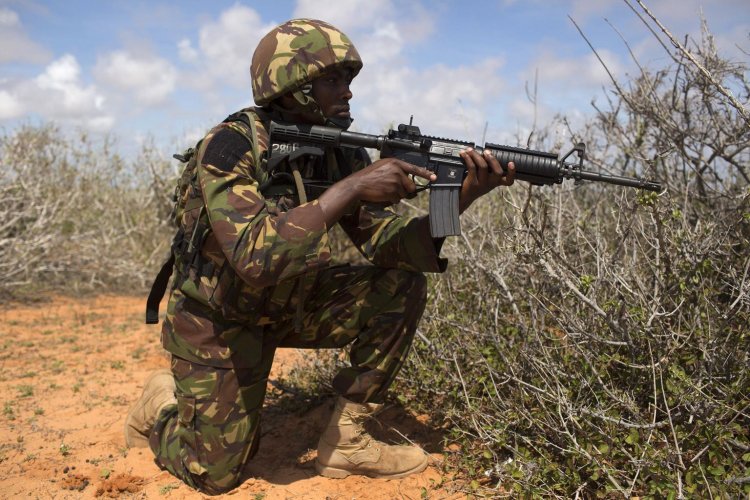 A KDF soldier on patrol in Lamu.
Image: CHETI PRAXIDES

Osman Mohammed Hassan, Mohammed Ibrahim, and Hussein Ibrahim were nabbed at Muzamil Shop in the Barsheba area of Kisauni.

According to ATPU, the three were involved in the planning of imminent attacks within the coastal region during last week’s Easter weekend.

The attack was being coordinated by seven al Shabab operatives dispatched from Somalia, according to intelligence reports by the ATPU.

Police are also still looking for other accomplices of the three suspects who are believed to be within Mombasa.

On Tuesday, the three suspects were arraigned before the Mombasa Senior Principal Magistrate Vincent Adet, where the prosecution asked for more days to complete their investigation.

They were not charged.

In a sworn affidavit, an officer attached to ATPU in the region said that the three suspects were in constant communication with the terror operatives in Somalia.

During the arrest of the three suspects, four mobile phones were recovered.

The second accused person, Mohammed Ibrahim Hassan, is believed to be a Somali national who sneaked into the country for an unknown mission.

State prosecutor Hillary Isiaho told the court that the investigating team would require more time to ascertain the nationalities of the three and their motive.

“The investigation team requires time to visit Dadaab and IFO Refugee camps in Garissa County where the second respondent is believed to have met with other known terror operatives,” said Isiaho.

On Monday, the third accused person Hussein Ibrahim allegedly tried to smuggle a cell phone into Makupa police station, where he is being held.

The phones have since been forwarded to ATPU headquarters in Nairobi for extraction of analysis and the investigation team is yet to receive call data records, Mpesa statements, and other relevant communication data from service providers.

The court was also informed that there is an ongoing parallel investigation in Nairobi in relation to their arrest and if the respondents are set free, they wound hinder investigations that are at an advanced stage.

Mombasa Senior Principal Magistrate Adet granted the police 14 more days to continue holding the suspects as they conclude their investigations.

The possibility of ever seeing President Putin himself in a tribunal is thought to be extremely slim.
News
3 months ago
“WATCH: The latest videos from the Star”
by CHARLES MGHENYI Chief Correspondent, Coast Region
Coast
19 April 2022 - 19:50