The vessel, MV Front Cheetah Majuro, arrived at the Port of Mombasa on Thursday evening 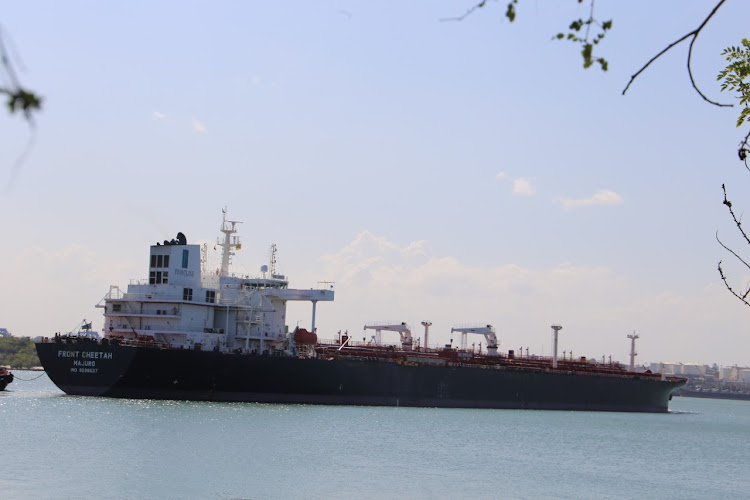 Kenya received 100 million litres of Super Petrol at the Port of Mombasa on Thursday evening.

A vessel, MV Front Cheetah Majuro arrived with the consignment.

“As we speak, you can see a ship discharging oil here at the Port of Mombasa. We are now reaching a point of normalcy.

"We hope to settle our populations so that we do not spike anxiety for no apparent reason,” Energy CS Monica Juma said.

The terminal is scheduled to start oil dispatch tests from Monday, ahead of commissioning by President Uhuru Kenyatta before August.

Juma said the country now has enough fuel to cushion Kenyans against the global shortage.

The CS also said non-franchise operators had already received their quarters of fuel.

There has been anxiety across the country in the last couple of days over the shortage of fuel and fuel products.

However, Juma said all depots across the country have enough fuel.

She said Kenyans should not run to fuel stations as this may create an appetite for unscrupulous operators to adulterate oil products.

“There is no need for panic, we have this in hand. We have enough fuel on land and on the high seas. There are ships scheduled to dock as planned,” the CS said.

Juma further refuted reports that Kenyan oil was selling at a higher price compared to neighbouring countries. “That is absolutely not correct.”

Energy PS Andrew Kamau also denied that there were price hikes for petroleum and petroleum products in the country, caused by the shortage.

Kamau said the Energy and Petroleum Regulatory Authority is the body mandated to set fuel prices.

“Prices are determined not by shortages but by what the world price looks like. Oil prices have been rising globally since April last year,” he said.

The PS said the government has provided funding through the Petroleum Development Levy to cushion Kenyans against the price increase.

On Monday, Uhuru allocated Sh34 billion from the supplementary budget to the fuel stabilisation programme to cushion Kenyans from the high cost of fuel.

This was after signing into law five parliamentary bills, among them the 2022 Supplementary Appropriation Bill, unlocking about Sh140 billion to pressing public needs.

On the question of why some fuel stations had oil while others lacked, the PS said that it all depended on what their logistics were.

“For example, Shell and Ola have their own terminals, they load a lot for themselves. If you look at the others they share terminals so they have to accommodate each other,” he said.

The assurance comes amid a fuel crisis in the country.
News
3 months ago

Raila: There is need to have oil reserves countrywide

Raila said that emergencies like fuel shortages are likely to happen more often.
News
3 months ago

Raila said in his opinion the strife had triggered the global oil shortage.
News - Page 6
3 months ago