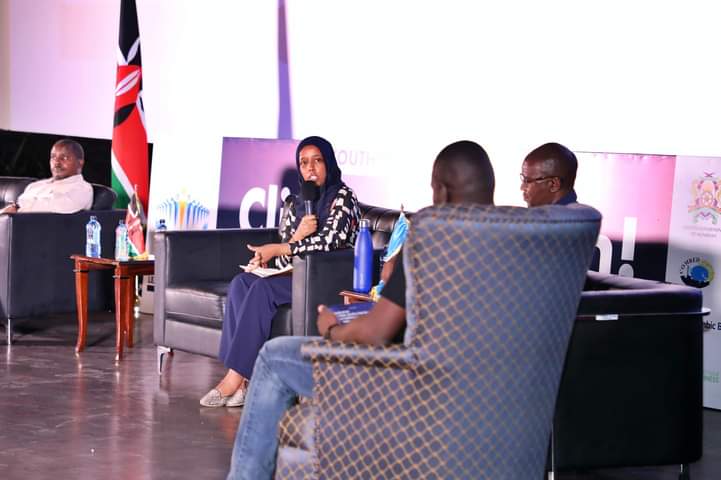 This is leading to disappearance of sea creatures, which are the source of livelihood for most coastal communities.

When the temperatures are very high, the mineral composition of the sea water tends to change, thus affecting marine life.

Innocent Ngao, a climate change advocate, said the source of livelihood for the coastal natives has been disrupted.

“We have people who depend on the ocean for survival. The unpredictability of the ocean cycle, due to climate change, affects the fishermen who have no scientific knowledge,” he said.

“They still follow the traditional fishing calendar or seasons, which have now been affected by climate change.”

The rising water levels are also causing havoc on the beaches and the seashores.

Ngao said the climate change problem is due to human behaviour.

To mitigate climate change, he encourages the youth to continue planting mangroves along the seashores to curb the rising water levels and carbon emission.

Mangroves trap the carbon that is emitted to the atmosphere and also helps in creating conducive fish breeding grounds.

“Many people do not know that their actions contribute to climate change. There is a need to create awareness, especially among the youths,” he said.

“Planting of mangroves not only mitigates the adverse effects of climate change, but also helps in nature conservation,” she said.

Patrick Mbelle, a blue economy champion and a member of Governors Young Leaders Programme, said that climate change causes coral bleaching and mangrove degradation yet that is where fish breed and live.

“It is important to look for mechanisms that will help in protecting the blue economy sector,” Mbelle said.

GYLP lead Basil Muga said through their programme, they have partnered with organisations committed in providing opportunities to young people to be involved in climate action.

“We are linking up the young people to opportunities from Kenya Climate Innovation Centre that has a lot of resources. The youth can take advantage and benefit from the funds to venture in different enterprises,” he said.

GYLP was founded by Mombasa Governor Hassan Joho in 2021.

Kenyans living in the Coast region are more susceptible to contracting malaria.
News
4 months ago

Biodiversity: Pressure grows for deal to save nature

The threats to nature driven by human actions, include chopping down forests and turning natural land over to farming.
News
4 months ago

UN tasks countries to include women in climate action initiatives