• The 45-year-old mother of three says her late brother was her role model.

• Shahbal describes her as “a smart, dedicated and hardworking woman.” 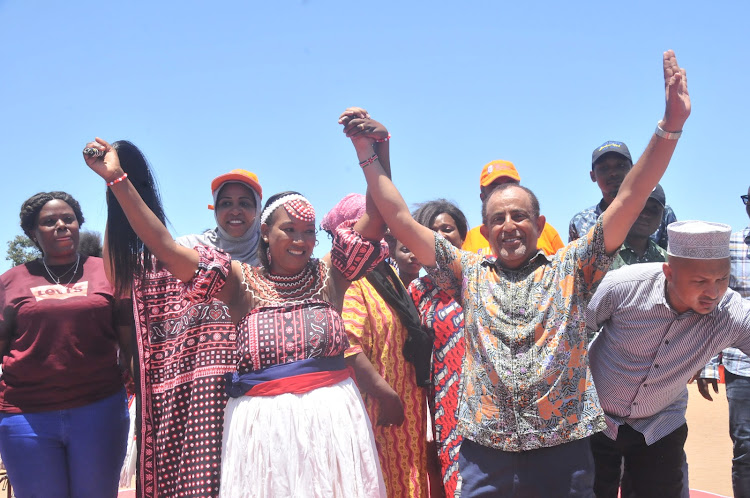 The 45-year-old mother of three says her late brother was her role model, who aroused her interest in politics while she was still in Class 7.

Maitha, then serving as Tourism and Wildlife minister in the President Mwai Kibaki's government, died of a heart attack while in Germany on August 27, 2004. He also served as Kisauni MP from 1997.

The elaborate event was held at the Mombasa International University grounds in Majaoni, Kisauni constituency.

Selina described her brother Maitha as a person who strongly agitated for the Coastal people's issues.

“We lost him at a time when the region and country needed him most. No one thought we would ever get another dedicated leader like him. I hope to fill his shoes. Join and support me in continuing from where Maitha left,” she said.

Selina said she initially didn't harbour interest to join active politics, but after wide consultations with her husband and family, she decided to quit the government job as deputy county commissioner.

"It took me six months to arrive at this decision," she said.

Shahbal’s choice of running mate seeks to woo the populous Mijikenda community in Mombasa county to vote for him in his third attempt to become governor.

Joho’s running mate in 2013 was Hazel Katana, and he settled on William Kingi in the 2017 election after falling out with Katana.

Katana and Kingi are from the Mijikenda community, which is the single largest voting bloc in Mombasa, followed by the Kamba and the Luo.

According to Shahbal, Selina fits the deputy governor's seat because she is a "distinguished administrator", who has immense expertise in administrative and management work for over 20 years. 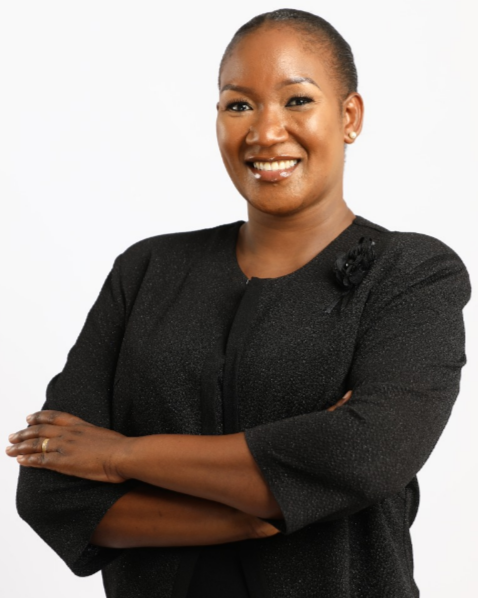 Born in Majaoni in 1977 in a family of 12 children, Selina is the eleventh born daughter. Maitha was their first born.

Selina holds a Bachelors Degree in Social Sciences from Dr Babasaheb University in India and also has a Diploma in International Airline and Hotel management from Trade Wings Institute.

She has risen though the ranks from serving as a clerk at the port of Mombasa to become a deputy county commissioner in her latest job.

Selina was first appointed into the now-defunct provincial administration in 2004, where she served as the District Officer stationed in Kiambu District until 2006.

She was transferred to Msambweni in 2007 and later Narok Central in the same capacity.

She resigned from government on February 3 this year and by the time of her resignation, Selina was serving as the DCC in Machakos.

Before working in Machakos, she was DCC in Jomvu subcounty in Mombasa in 2019.

In 2018, she was the personal assistant to the Coast regional commissioner.

Throughout her job in the provincial administration, she was involved in developing and implementing and dissemination of government policies in various divisions and counties.

Prior to joining the provincial administration, Selina worked as a programmes coordinator at the Palm International Organisation, an NGO at the Coast.

She was actively involved in creating awareness on the importance of palm tree products and by-products locally, regionally and internationally with an aim of uplifting livelihoods of the coastal people.

On Thursday, Shahbal described Selina as an able team player with a strong work ethic.

“She is a smart, dedicated and hardworking woman who is self-motivated with outstanding management and planning skills,” Shahbal said.

He added that together, they were going to follow the footsteps of the late Maitha of uniting the Coastal people.

“She deserves and is capable of being the next Mombasa deputy governor. I have no doubt that she will deliver on her mandate,” Shahbal said.

He, however, cautioned Selina to prepare for a tough political battle ahead of ODM primaries on April 6 in Mombasa.

“I will use my administrative expertise to ensure we have good relations with the national government. Change must come and I am ready to serve you,” she said.

Her family, led by husband Tamimi Lewa Chibororo — a lawyer by profession — handed her over to the people of Mombasa.

“Our kids look up to you. Please don’t go into the politics of insults. You are a leader and a respectable leader,” Lewa said.

Selina's uncle, Dr Timothy Mtana Lewa, who is a former Bahari MP serving between 1988-92, represented their clan in officially handing her over to Mombasa residents.

“Shahbal, today we hand over our daughter to you to walk with you in this political journey. May this new journey be blessed,” Mtana said.

The veteran politician, who in 2007 served as the ODM party director of operations and logistics, also drummed up support for ODM party leader Raila Odinga’s presidential bid.

“I commend this political union to work under the Azimio la Umoja Movement to ensure we deliver a Raila Odinga presidency,” he said.

He has described her as an able team player; she is the sister to former Kisauni MP Karisa
Counties
2 months ago

A total of 2400 respondents participated in the Survey.
News
2 months ago
WATCH: The latest videos from the Star
by ONYANGO OCHIENG
Coast
26 March 2022 - 05:00