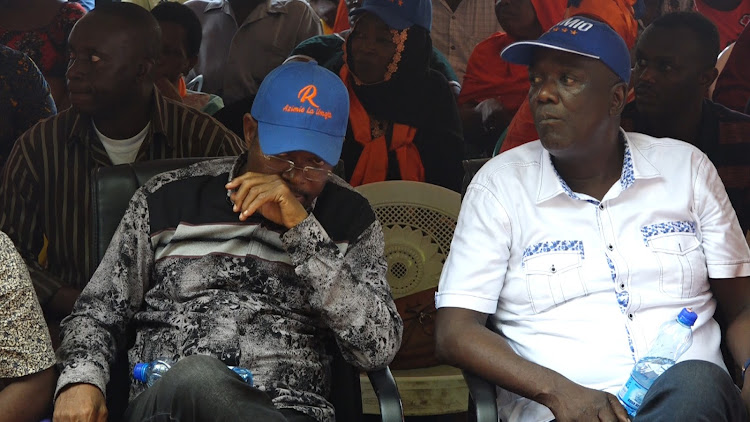 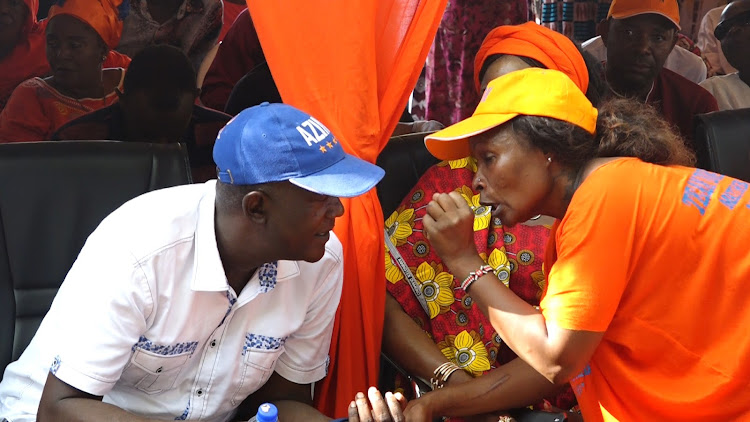 Former Lands CAS Gideon Mung'aro listens to a supporter during the launch of his campaigns at Watamu chief's office.
Image: ALPHONCE GARI

ODM leaders in Kilifi county have dismissed critics of the endorsement of Raila Odinga by President Uhuru Kenyatta as the Azimio presidential candidate.

Led by former Devolution CAS Gideon Mung’aro and Kilifi Senator Stewart Madzayo, the leaders said Uhuru had every right to openly endorse Raila as his candidate of choice.

They vowed to support Raila to become the fifth president of Kenya.

The leaders spoke during the launch of Mung’aro’s gubernatorial campaigns ahead of nominations at his home turf Watamu.

The event was attended by hundreds of supporters, including aspirants vying for MCA, parliamentary and woman representative positions.

Mung’aro said for the last 60 years Kenya has been ruled two communities.

He further said if the former Prime Minister becomes president, he will set the pace for other communities.

Mung'aro asked Kilifi county ODM members to vote for him as the governor candidate in the oncoming nomination exercise set for next month.

Madzayo also said "Kenyatta has a right to support any candidate of his choice to become president of Kenya."

He urged Kilifi residents to vote for Mung’aro as he was the only one able to take the county forward in terms of development. 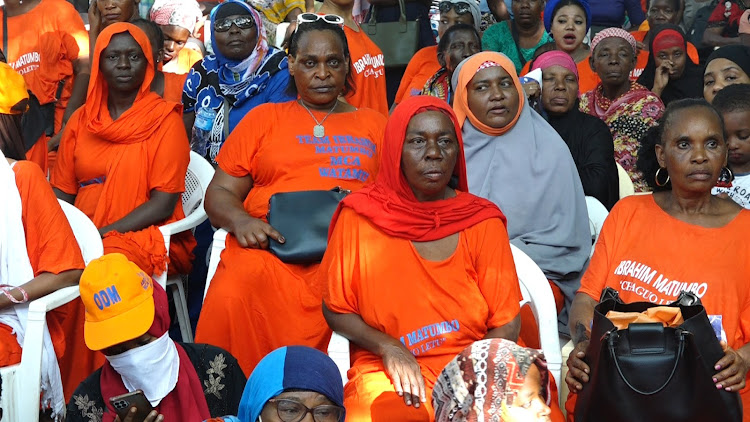 Mung’aro, Kahindi intensify race for ODM ticket ahead of nominations

Kilif governor aspirants tout their credentials ahead of party primaries next month.
Counties
3 months ago

ODM leader promises to set up industries; protect mining rights in the area.
News
4 months ago

Those allied to PAA party support Raila but want to field their candidates
Counties
4 months ago
“WATCH: The latest videos from the Star”
by ALPHONCE GARI Correspondent, Coast Region
Coast
24 March 2022 - 22:00