Mung’aro, Kahindi intensify race for ODM ticket ahead of nominations

Kilif governor aspirants tout their credentials ahead of party primaries next month.

•Based on the recent happenings it is believed that the two candidates are the men to watch in the gubernatorial race in Kilifi.

•The two leaders came separately with Mung’aro arriving last but their supporters were chanting songs in their candidate’s favour. 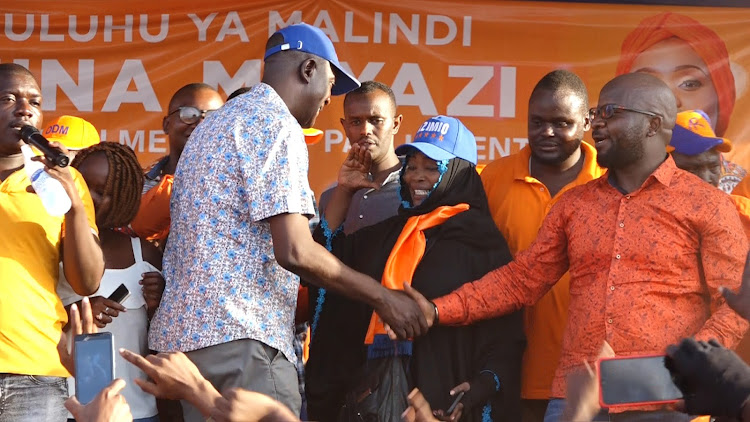 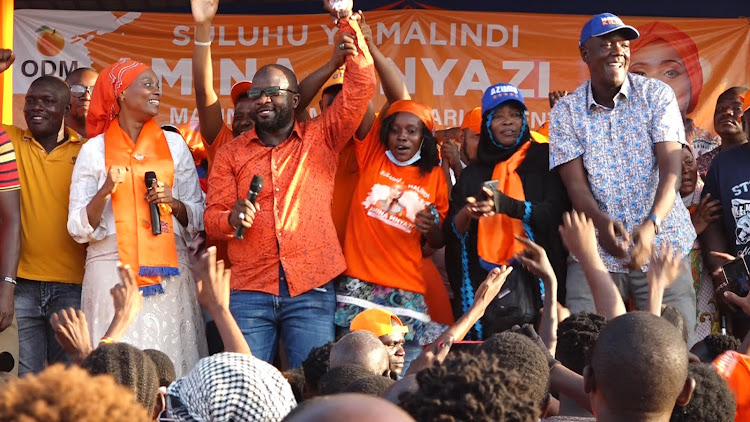 The rivalry between former Devolution CAS Gideon Mung’aro and Kilifi speaker Jimmy Kahindi has deepened within ODM ahead of next month's nominations.

It has clearly emerged that the battle for the ODM ticket in the gubernatorial race to replace Governor Amason Kingi would be between the two aspirants.

The race has attracted eight aspirants.

On Saturday, their differences emerged  during an Azimio la Umoja meeting at the Malindi Cleopatra grounds, organised by Malindi parliamentary aspirant Amina Mnyazi.

Both Kahindi and Mung’aro attended the meeting and  called for peaceful nominations.

Each expressed optimism that they would win.

The two leaders came separately with Mung’aro arriving last but their supporters were chanting songs in their candidate’s favour.

Mnyazi had to intervene and tell the vocal supporters that the meeting was for MCA aspirants and that the governor aspirants had been invited to support them.

He called on the supporters to keep off their differences and ensure the rally goes on smoothly as the final decision will be made during the nomination.

Mung’aro said Kilifi would be safe in his hands and openly announced that he did not fear nominations as he was a 15-year veteran in the political game.

The former CAS said he was confident of winning nomination and promised residents that once elected he would revive tourism to help locals get jobs.

“When you elect me, Kilifi will be safe.There is no doubt I will go for nomination with my brothers,"he said.

"I do not fear nominations. Do I look like a fear the nominations? I have been in the political ground for long."

Mung’aro said he has not worked for the county but his record as mayor of Malindi is known, having received many awards in the country for being the best.

Kahindi  said the party should not be divided because of nominations. He said as ODM their goal is to ensure they win all the seats and that will be made possible with unity.

He however ruled out any possibility of  stepping down in favour of another aspirant and stated that they have to face off in nominations.

“As members of ODM there is a need for us to come together because our enemy is outside not from within us, and you know them,"he said.

The speaker said nominations will come and go but they will still remain in ODM and must accept the decision of the members.

He called on all the aspiring governors to get prepared for the nominations and respect the decision of  the people.

“Leaders must be elected by the people we understand that talking is one of the qualities of a good leader who knows how to articulate himself,"Kahindi said.

"To get a good leader we need to give the people a chance to choose the best.”

Mnyazi emphasised the need for supporters and aspirants to respect each other ahead of the nominations.

The aspirant while calling on the electorates to vote for her as MP said they need to make proper decisions to get a good governor and ensure Raila is elected the president.

She however took issue with UDA candidates for the county's gubernatorial position, the outgoing Malindi MP Aisha Jumwa and the Pamoja African Alliance party saying they do not deserve to get elective positions.

Mnyazi said Jumwa was opposing ODM and should not get any support in Kilifi because the county is an ODM stronghold.

Further, she said the PAA party is composed of leaders who dont have people's interest at heart.

Oscar Wanje one of the MCA aspirants in Ganda ward in Malindi constituency said Malindi, Kilifi  and the coast at large were ODM strongholds and called on people to support Raila to ensure he gets to State house. 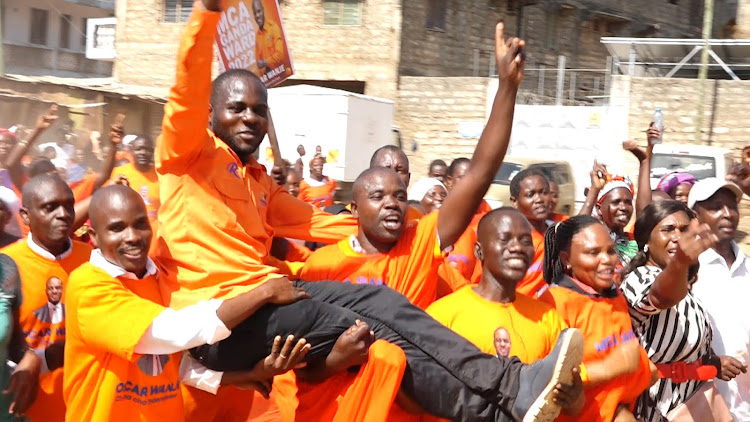 Oscar Wanje a Ganda ward MCA Aspirant in an ODM ticket being carried by his supporters during an Azimio rally in Malindi town
Image: ALPHONCE GARI 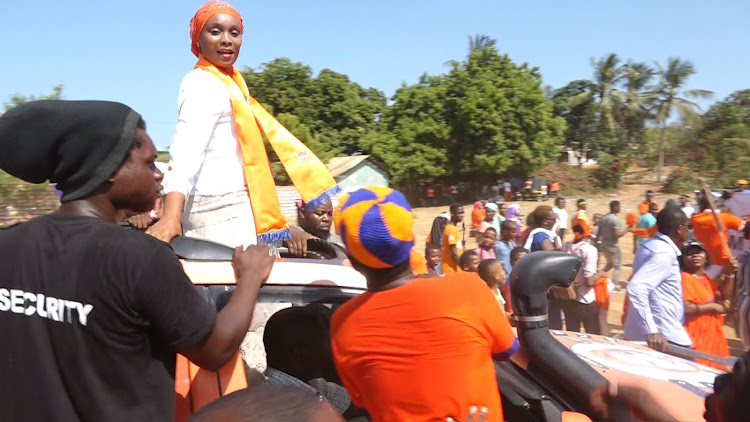