.The delegates endorsed the youthful ward rep to fly the Orange party mp seat ticket in the August 9, polls.

.Mwambingu said the endorsement was a boost to his ambitions, further promising to trounce his competitors. 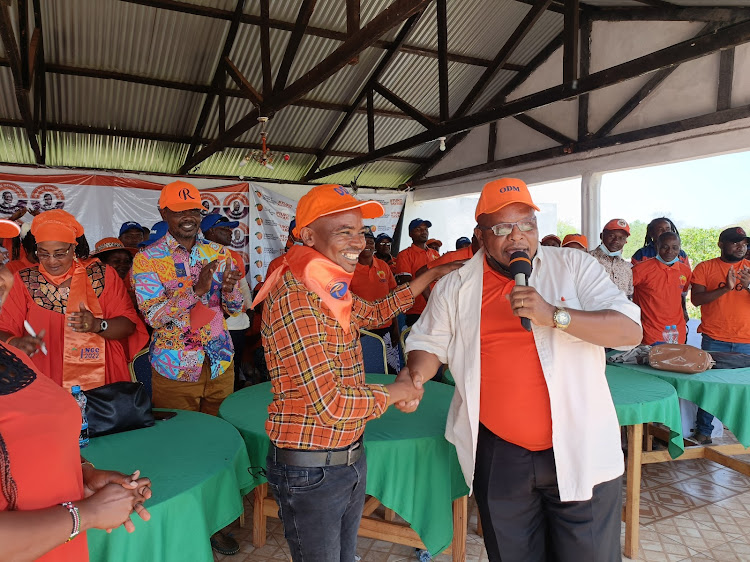 The race for the Mwatate parliamentary seat in Taita Taveta county has taken a new shape after ODM delegates from the region endorsed nominated MCA Christopher Mwambingu to vie for the seat.

The delegates endorsed the youthful ward representative to fly the Orange party national assembly seat ticket in the August 9 polls on Saturday.

This is after Mwambingu’s main competitor Geoffrey Kimonge opted out of the race and announced that he will support him to win the race.

The more than 300 delegates were drawn from different wards of the constituency and from the party’s county office.

The incumbent legislator, Andrew Mwadime is vying to oust Governor Granton Samboja and a parade of candidates have declared interest to succeed him at the constituency top job.

“We are mandated to hold dialogue with candidates and agree on a flag bearer where possible in order to avoid going to primaries,” Mwachofi said in an interview. 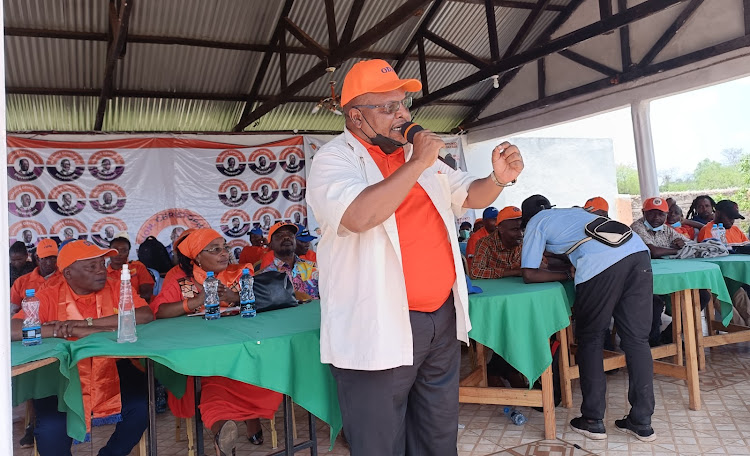 The primaries, Mwachofi said, were likely to put their plans to consolidate the ODM base in disarray. He said consensus would also save the party from the costly primaries.

“Delegates are keen on winning many seats in the August polls. We are therefore prioritizing on bringing all our aspirants together before campaigns commence,” he added.

Patricia Mwashighadi, the ODM county youth chairperson lauded the two aspirants for embracing handshake ahead of the election in a bid to ensure the party retains the seat.

She said Mwambingu was best suited to represent the region in parliament based on his past track record.

“Mwambingu has been loyal to the party since he joined ODM. Besides, he has been a community defender as an activist even before he joined politics,” Mwashighadi said.

Mwambingu is set to face six other candidates in the hotly contested race.

While addressing the delegates, Kimonge said he had willingly agreed to back Mwambingu and that they will mount a joint campaign further urging other candidates to emulate the same.

“Today, I have dropped my bid and my team shall work with Mwambingu so that we can win the race,” he said, noting that he had reached the decision after long discussion with party delegates.

On his part, Mwambingu said the endorsement was a boost to his ambitions, further promising to trounce his competitors.

“The delegates have now given me a mandate to bring home the seat. It is a heavy task but we are trusting in God that we shall win it,” Mwambingu said.

He promised to address among other things the perennial human-wildlife conflict in the region, landlessness and water crisis.

The MP hopeful accused some of his competitors of aiding continued transfer of voters from other regions to the area.

They are Esther Mwanyumba and Gertrude Shuwe.
Counties
9 months ago