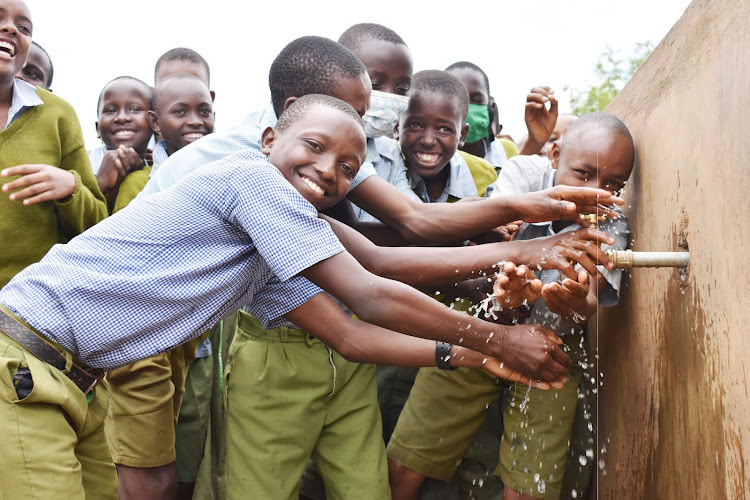 CDA managing director Dr Mohamed Keinan said the authority has spent Sh45 million in the first phase of the project.

At least 100 smallholder farmers are set to benefit from the project aimed at boosting productivity and improving food security.

The project spells relief for pupils at Nakuruto Primary School who used to carry five-litre cans of water to school every day for cooking, drinking and cleaning.

Residents used to trek for more than four kilometres to fetch untreated water from the Njoro springs.

"This has really revolutionised the standards of hygiene in our school."

The school has a population of more than 200 pupils.

He said the school has placed measures to fight any outbreak of waterborne diseases since children drink treated water and they have enhanced hygiene among learners.

“This has enabled the school to start kitchen gardening and tree planting besides exposing the children to hand washing which has kept Covid-19 at bay,” Kabuki said.

The project is also supplying water to the 190-acre Kasokoni irrigation scheme which has up-scaled horticultural farming in three fold.

Besides supplying water to smallholder farmers, the project is also undertaking domestic water supply to 7,000 people and 15,000 livestock.

“We are recording an increase in food production since the completion of the irrigation project. This will promote self-reliance and food security,” he said.

Thousands of tonnes of fruits, vegetables and other crops are being produced by farmers at the Kasokoni scheme.

Taveta subcounty serves as the food basket for the coastal region.

Keinan said water for the project is drawn from a 100-metre deep borehole drilled near Lake Chala.

Chala, a volcanic crater that covers 4.5 square kilometres, is a transboundary freshwater lake on the Kenya-Tanzania border.

He added that water from the project will be supplied to residents of Kasokoni, Malukiloriti and Kitondoni. 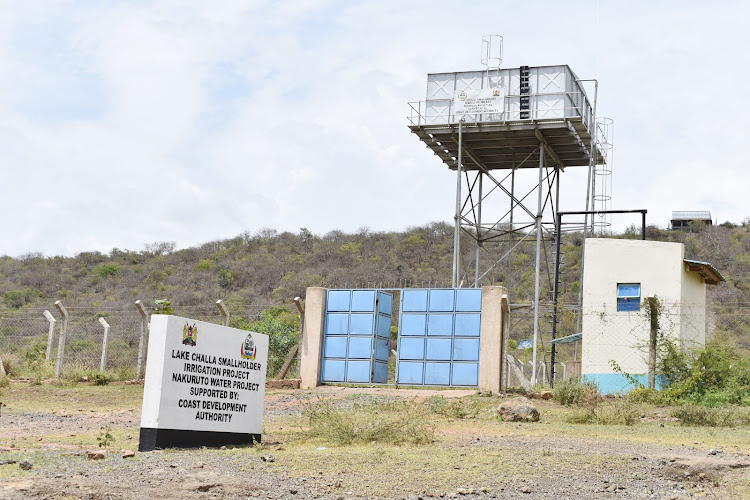