On Monday, first batch of 160 families received their cheques amounting to Sh20 million 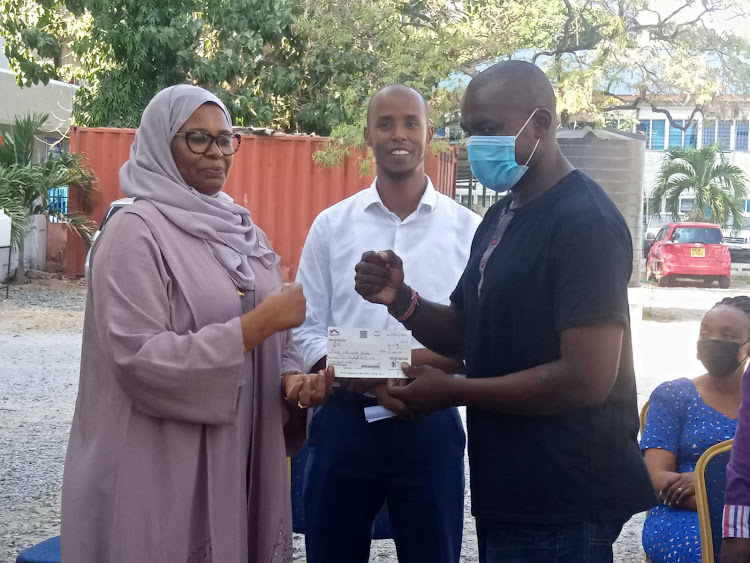 Mombasa finance executive Mariam Mbarak hands over a cheques to resident at in Mvita subcounty on Monday
Image: AURA RUTH

Mombasa county has begun compensating more than 860 families that will be affected by the multi-million shilling water and sanitation project.

The World Bank-funded project is expected to improve the storm water drainage system, treating it before it's discharged into the marine ecosystem.

The project began in May last year but was halted in December to pave the way for resettlement of residents.

On Monday, the first batch of 160 families received their cheques amounting to Sh20 million.

They include rehabilitation of the sewer, laying new sewer network and the construction of a storm water drainage system.

She said the first batch of 160 residents compensated will pave way for the construction of the storm water drainage system.

“Today we have issued 160 cheques to affected residents so that the project can proceed. We want to allow the contractor to move into the site,” she said.

The water networks rehabilitation and laying of new networks will happen across the county.

The storm water drainage component will be done in the most affected areas; which includes Mburukenge, Moroto and Kaa Chonjo areas in Tudor ward.

She said the project is within its scheduled timelines and is expected to be ready by October this year.

“Mombasa has scarcity of water because we don't have a source and  proper network," she said.

“We hope that by the time it is completed, everyone in Mombasa will get water at their doorstep."

Mbarak said the project also aims at enhancing sanitation within the county.

“In Mombasa, the only place that is connected to the sewer line is the island. Lately, people have been complaining about contamination of water, especially in boreholes," she said.

"So this project is expected to improve the sanitation in Mombasa."

The project is also expected to enhance the storm water outfalls and sewer overflows to the Indian Ocean to acceptable standards to protect the aquamarine environment along coastal line.

Sarah Makau, a representative of the Maisha Women Group in Moroto said at the beginning, there was a disagreement, but the issues have been resolved.

“We are happy and satisfied that we have been compensated. The project coming to Tudor will benefit the community because for a long time we have experienced water shortages,” she said.

She said poor sewer lines have also been a big challenge, but they expect the project to solve all the issues.

“We have been given one month to evacuate, but we believe after some years, everybody will be smiling,” she said.