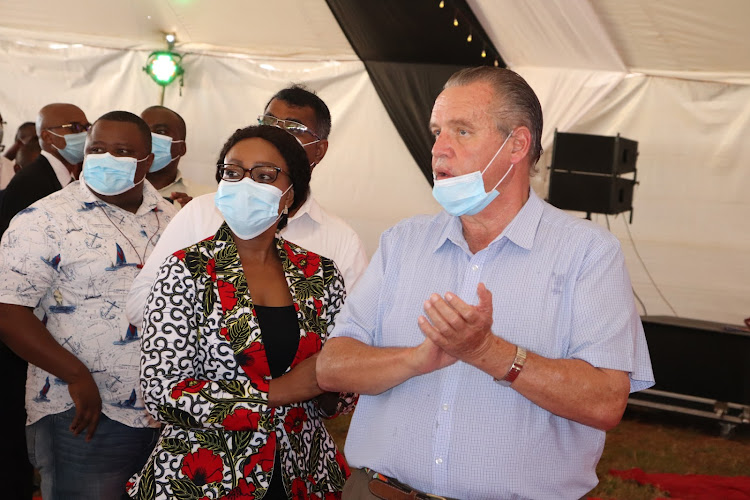 The former Taita Taveta Woman Rep Joyce Lay has announced her comeback to politics after years in the cold.

Lay took to her Facebook page to reveal she is eying the running mate position in the gubernatorial race.

Lay, who had turned to gospel music after losing her senatorial bid in the last election, did not specify who she is supporting.

The ex-legislator said she has received calls from different candidates seeking her support.

She said she will only support a governor hopeful who will value her political prowess.

“I will make more announcements soon to tell you who my candidate will be,” Lay added.

The politician ditched ODM for Jubilee in 2017. She vied for a senate seat in the last general election but lost to ODM’s Jones Mwaruma.

The Najua hitmaker was appointed by President Uhuru Kenyatta as a Trustee in the Water Sector Trust Fund in 2019.  She, however, resigned a year later and maintained a low profile. She would later announce her new career as a musician.

This is the second time Lay is announcing her comeback since 2017.

In March last year, while accompanying ODM leader Raila Odinga to a campaign tour in Voi, she said she was ready to resume active politics.

Her return then, was seen as a new formation in Governor Granton Samboja’s administration. Insiders said she was being groomed to replace Deputy Governor Majala Mlagui.

She would later take a low political profile, and has been mentoring young talents through the Joyce Lay Foundation.

Sources privy to her engagement with Samboja revealed the two did not reach an agreement, prompting her low profile.

“Governor Samboja is among those who are keen to have Lay in their camp. She still has a sizeable political influence,” a source in the governor’s campaign team said.

Samboja has been at loggerheads with his deputy Mlagui, and is set to drop her. Mlagui has already declared interest in the Mwatate parliamentary seat.

On who to support, Lay said she will not campaign for any politician who does not value her input.

“I cannot work with someone who disrespects me, and trashes every advice I give. I know who I am. I know what I can bring to the table. I cannot sit where there's no value seen,” she said.

None of the 14 governor hopefuls has announced a running mate.

The Taita MP is a Jubilee leader, while the governor is aligned to ODM, despite being a Wiper party member
Counties
11 months ago

Why Joyce Lay is no longer interested in politics