•When the party signed the agreement with Jubilee, many members were worried that PAA will depend on the Jubilee party for negotiations.

•He said the name classifies it as an alliance which means we will join different parties. 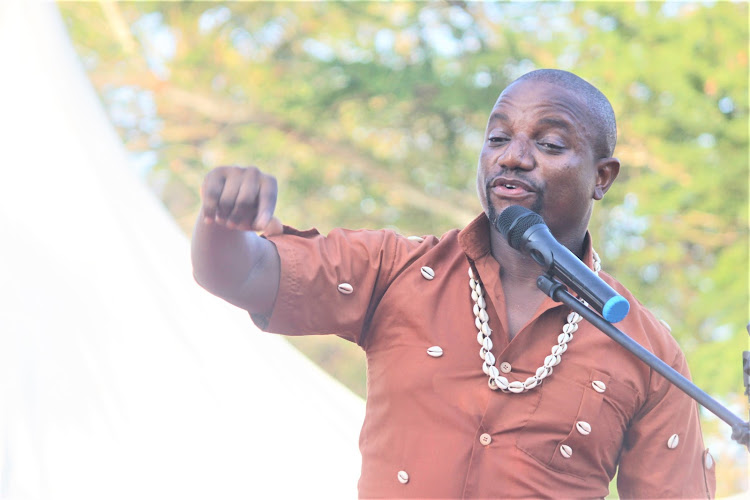 The cooperation agreement between Pamoja African Alliance and the Jubilee party will not overshadow PAA, party lawyer George Kithi has said.

Kithi who is eyeing the Kilifi gubernatorial seat on the same party, on Saturday assured members the agreement is part of a wider scheme to market the party on the national platform.

When the party signed the agreement with Jubilee, many members were worried that PAA will depend on the Jubilee party for negotiations.

“The name classifies it as an alliance which means we will join different parties. PAA will not be swallowed by any other party but it will swallow other parties,” Kithi said.

The party has been fighting to join Raila Odinga’s Azimio la Umoja but recently, they were elbowed out of the Azimio  Coast tour, they bowed out and continued searching for like-minded partners.

“The agreement is in the best interest of the party and the region. We are still supporting Raila. His interest is the presidency and we must position ourselves. Jubilee will not field candidates here,” he said.

The signing of the agreement was witnessed by PAA leader Amason Kingi and immediate ex-Jubilee secretary general Raphael Tuju.

Kingi said the agreement will pave way for a structured dialogue process leading to the signing of a pre-election agreement.

Whereas some political pundits dismissed the signing of the agreement as a bad thing for the region, Kingi said it will open up avenues for the party to engage on the national negotiation table.

“The cooperation agreement has therefore granted PAA an opportunity to take to the national negotiating table the three main issues that PAA advocates,” the statement read.

He expressed optimism the agreement will give room for the execution of the issues fronted by PAA.

PAA advocates for a solution to the long outstanding land question at the Coast, the revival of the coastal economy and inclusivity in the national government.

Fikirini Jacobs, a critic of Kingi said PAA will not be on the negotiating table but it will be represented by Jubilee.

“Kingi takes his party to Jubilee and he calls it coalition agreement. Jubilee is expected to approach the party of the presidential hopeful- ODM for a coalition agreement. Between Kingi’s party and Jubilee which one will be called by ODM to the table?” Fikirini wrote on his Facebook page.

“The people of Kilifi should know Kingi will get his one position in government as a post-2022 strategy but all the other stories of land agenda and economy should be treated as political patronage marketing agenda.”

Other parties that signed the agreement include PNU, UPA, UPIA and KUP.
News
7 months ago

The party approved new seal, symbol, and flag of the Party.
InPictures
7 months ago

PAA said the ODM party has refused to involve them in the preparations for  Raila visit.
News
7 months ago