The activists, tout to face six months’ probation, two others to be arrested after failing to appear in court 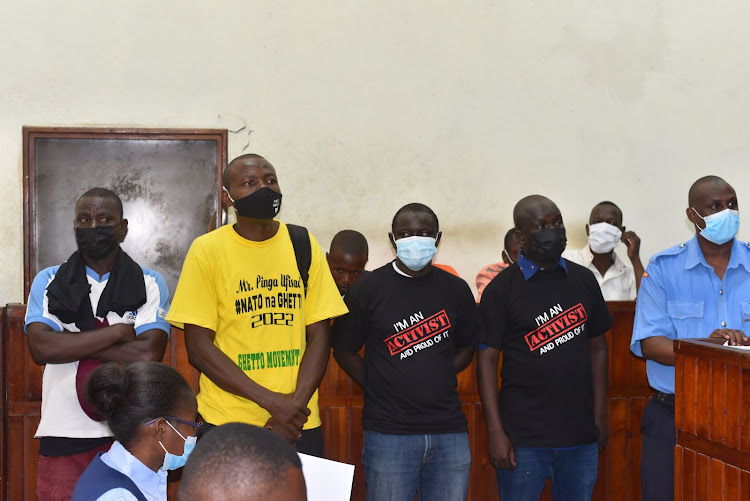 Three human rights activists and a matatu tout have been found guilty of participating in a prohibited gathering and failing to keep social distance.

The three have been sentenced to a six months’ probation.

Two other activists have had warrants of arrest issued against them after failing to appear in court.

The two are Lucas Fondo of Lengo organisation and Agenda Kenya’s Tirus Mukami.

Magistrate Rita Amwayi on Monday delivered the sentence at 9am.

“The first, fourth, fifth and sixth accused persons are each sentenced to serve six months’ probation. The sentences will run concurrently,”  Amwayi said.

They were dressed in black t-shirts with the words “I’m an activist and proud of it” emblazoned on them.

The sentence is non-custodial meaning they will be out but under close supervision of a probation officer.

They will be reporting to a probation officer once a month or once a week, depending on the conditions of the probation that they will be given.

They have 14 days to appeal.

The six were arrested as they demonstrated against the ‘Covid millionaires’ on  August 25, 2020.

Outside the court, human rights defenders gathered in solidarity with their colleagues while singing freedom songs.

They accused the Judiciary of double standards and vowed not to be cowered into silence through intimidation.

“We have had a lot of problems with Magistrate Amwayi, I think she should stop acting like a Kanu youth winger,” Khalifa said.

He said it is ironical that a magistrate jails activists protesting the loss of taxpayers’ money through theft but the thieves themselves roam freely.

“She is convicting activists for social distancing yet her own court does not Covid-19 safety protocols, she does not deserve that seat," Khalifa said.

“It is only in Kenya where you arrest people protesting against theft of funds yet thieves walk scot-free,” Masai said.

“We should question such kinds of rulings, what is the rationale? The ruling violates Article 37 of the Constitution,” she said.

She said the society must be extra vigilant and ensure no one tramples on their rights.

Haki Africa deputy executive director Salma Hemed said the injustice against activists will not dampen their fight for the voiceless.

“We will continue to picket and if they want to arrest all of us let it be so, however we will not stop exercising our democratic right.” 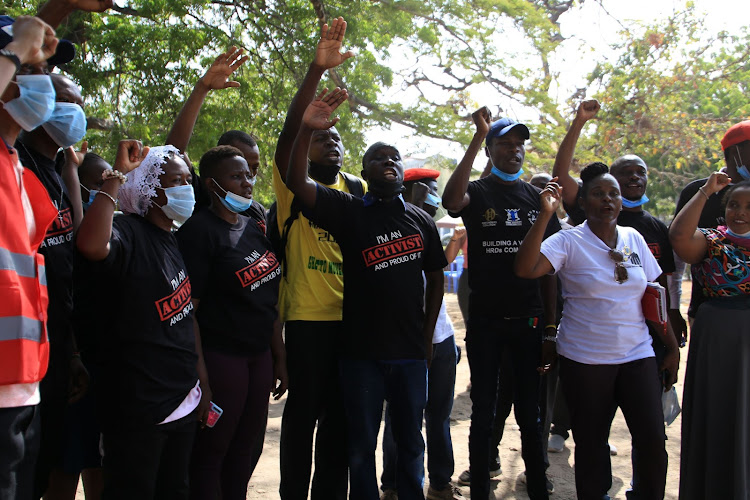 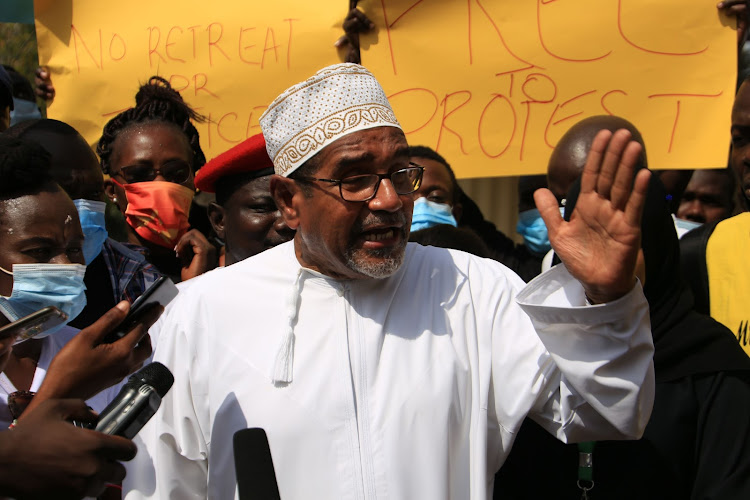 Mistaken identity: How activists were arrested on terror suspicion

They were mistaken for being the Kamiti three convicts.
News
1 year ago