Divers carry the body of the fisherman shortly after retrieval from the ocean.
Image: CHETI PRAXIDES

A fisherman drowned in Lamu after a boat he was travelling in with two others capsized at the Mlango wa Tanu channel in Lamu East waters on Tuesday.

The deceased has been identified as Araphat Kombo, 29.

Two fishermen Mohamed Zedi,35, and Mohamed Mbwana,44, were able to swim to safety shortly after their boat was overpowered by strong winds and capsized at the deadly channel at around 8.30am.

The three were headed to a fishing venture in the deep sea in the Indian Ocean before accident happened.

The accident was confirmed by Lamu County Disaster Management director Shee Kupi who said that the body of the fisherman and the ill-fated boat have since been retrieved from the ocean by local divers.

“We lost a fisherman who drowned in the accident at Mlango wa Tanu on Tuesday. Two others who were with him are safe. We are grateful to the Kiwayu community for their response,” Kupi said.

The accident comes just four days after four fishermen were rescued after their boat capsized at Ras Kitau in Shella, Lamu Island.

This week, the Kenya Meteorological Department issued a travel advisory to sea users in Lamu, Kwale, Mombasa and Kilifi urging them to avoid venturing onto the deep sea in the Indian Ocean owing to extremely strong winds being experienced at the moment.

The Kenya Maritime Authority in Lamu also asked boat operators to observe the desired speed limits and avoid overloading to avoid accidents at sea at this time when weather conditions on the ocean are extremely challenging to navigation.

Divers carry the body of the fisherman shortly after retrieval from the ocean.
Image: CHETI PRAXIDES 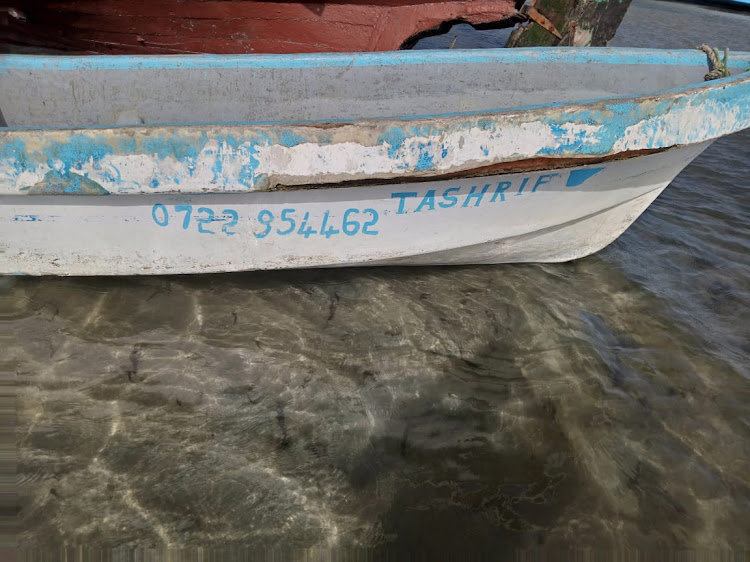 The boat which capsized shortly after it was retrieved from the ocean.
Image: CHETI PRAXIDES
Post a comment
WATCH: The latest videos from the Star
by CHETI PRAXIDES Correspondent, Kakamega Western Kenya
Coast
26 January 2022 - 22:00
Read The E-Paper