Drought forces children out of school in Kwale 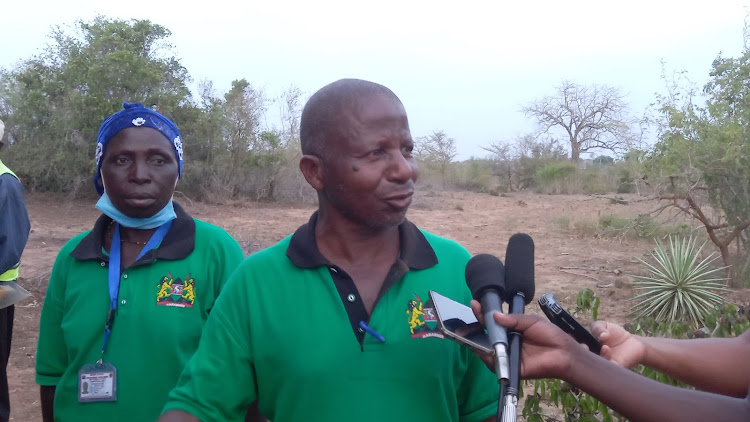 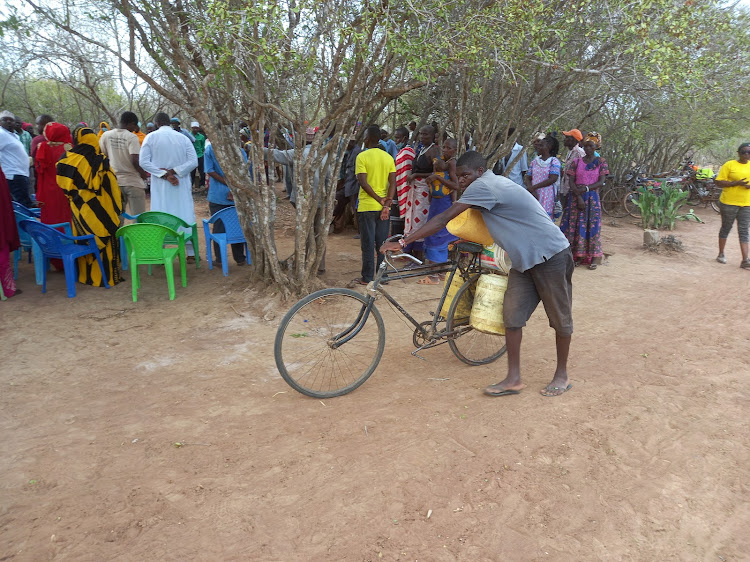 Children in Lunga Lunga, Kwale county, risk dropping out of school due to prolonged drought.

Residents say the famine has disrupted learning activities as children are forced to remain at home.

Almost 90 per cent of the nearby water sources have dried up forcing children to join parents in search of water and food.

The remaining water sources are about to dry up because the water level is increasingly going down by the day.

Kasemeni senior village chairman Chajembe Menza said some of the children have already dropped out of school because of hunger.

"How can a child continue learning if they have to walk 20km in search of water and sleep hungry?" he posed.

Residents have to bear the burden of trekking long distances to fetch water in river Umba which comes from the Usambara mountains in Tanzania and crosses the Kenyan border through Lunga Lunga before draining into the Indian Ocean.

Bicycles and motorbikes are now the main means of transporting the water because of poor roads.

Recently, some parts of the region received rain but not enough to rejuvenate the drying vegetation that had experienced the wrath of last year's drought.

By October 2021, Kinango subcounty had lost thousands of livestock to famine affecting more than 200,000 residents.

Menza said if the situation doesn't change things will worsen and more children will quit school.

The most affected are the lower class and Early Childhood Development and Education learners.

The residents are now appealing to well-wishers, county and national government for food and water. They also want water dams and boreholes put up to help them in future.

Soloita village elder Jeremiah ole Muna said livestock are dying because there is no pasture.

"There are no tree leaves, our animals starve to death. Those that survive are weak and can't produce enough milk for us," he said.

He said they can't move out to look for better pastures because of boundary conflict.

Some pastoral communities living in Kwale have been fighting for grazing land.

Ole Muna said they are left stranded as the existing land has no pasture and the unforgiving drought is far from over.

He said the dry weather has paralysed the area's economy and livestock can't be sold for better prices in the market for being too weak.

"We return with our cows home, no one is willing to buy unhealthy livestock and when bought, it is at a cheap price as low as Sh3,000," he said.

Vukato vice village elder Meali Mbogo said they struggle to get a meal a day.

She said almost 10 children in her area have discontinued their education because of hunger and chances are high they will never go back to school.

She expressed concern that the children's future will be destroyed, adding that the learners risk getting pregnant and joining criminal gangs.

According to Mbogo, the last time they received rainfall was in September.

He said the water crisis has sparked gender-based violence as husbands beat wives for spending more time in search of food and water.

The residents spoke during a forum with Kwale senator aspirant Salim Mwadumbo as he assessed the area for water and food distribution.

He promised to deliver 100,000 litres of water to Kasemeni residents. 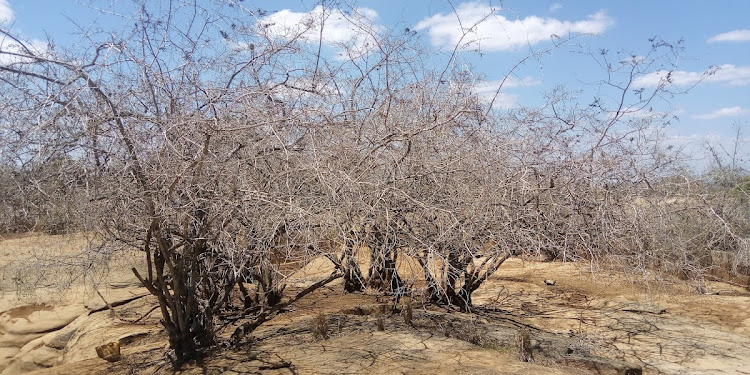