Judge is among 47 individuals and companies embroiled in 14.7 acres dispute with Nyali Primary School 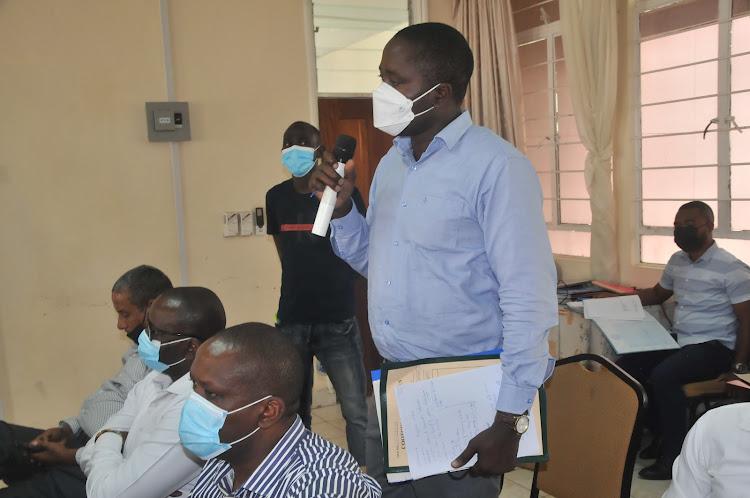 The National Land Commission vice chair Getrude Nguku has hit back at Justice Juma Chitembwe saying the commission has powers to investigate any land dispute.

Chitembwe, through his lawyer Augustus Wafula, had said NLC has no powers to deal with private land disputes.

The High Court judge is among 47 individuals and companies embroiled in 14.7 acres land dispute with Nyali Primary School in Mombasa.

He argued that he legally acquired the land, Plot No MN/1/11277 from Idris Mohamed in 2004 and has since then extensively developed it.

Chitembwe’s lawyer argued NLC can only investigate issues to do with allotment letters, but private land disputes can only be handled by the Environment and Land Courts.

"The issue at hand has nothing to do with allotment letters which the commission has powers to investigate, the only institution that can deal with ownership dispute is the Environment and Lands Court," he said.

However, on Friday Nguku responded saying the Constitution gives the NLC the mandate to carry out inquiries, interview witnesses and also collect documents when a complaint of land ownership dispute is lodged with them.

“According to the Constitution, it is only this commission (NLC) that can administer public land for counties and for the national government. It means we inherited all the duties and responsibilities of the former commissioner of land,” she said.

She added that the Constitution, under Article 252, gives all commissions the mandate and the capacity to interview witnesses, receive documents and go through them to resolve disputes.

“If there is any question or any dispute which arises about allocation of land or occupation of land by a public institution, it’s only this commission that has the mandate to interrogate that process,” she added.

The Nguku-led NLC Alternative Dispute Resolution Technical Team was in Mombasa for a week to conduct inquiries and investigations into disputed parcels of land in the counties of Mombasa, Kwale and Kilifi.

The sessions were being held at the Kenya School of Government, Mombasa.

The commission is yet to make a ruling on the Nyali School land row, it has already received documents and heard submissions from all the parties mentioned.

In another matter before the commission, NLC managed to resolve the Tononoka Children’s Court land dispute.

The property was until August 2002 a public property belonging to the national government, however between diverse dates in August that year, it had a lease document prepared by the commissioner of lands in favour of two other parties.

Nguku said the parties have failed to appear before the commission despite being sent notices.

The Principal Magistrate of the court appeared before the commission on Friday and managed to give evidence about ownership and occupation of the land.

“One of the parties, who were summoned to appear before us, came and said they no longer claim it. The other party has been summoned several times but they have not appeared,” she said.

Nguku said NLC is now going to make a ruling on the matter and fast-track the allocation process for the parcel of land which is now resolved.

The commission is expected back again in the region in February.

NLC has no powers to investigate private land disputes— Chitembwe

Chitembwe’s lawyer argued that NLC can only investigate issues to do with allotment letters, but private land disputes can only be handled by the ...
Counties
4 months ago