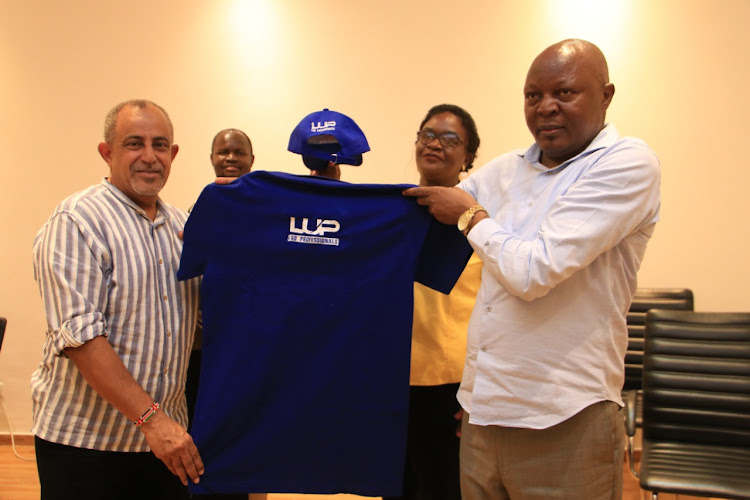 The 2022 gubernatorial election in Mombasa county is threatening to divide the Luo community living in the region.

The community, perceived to be the third largest voting bloc after the Mijikenda and Kambas, seem to be undecided on which candidate to support for the governor seat.

On Friday, Suleiman Shahbal hosted a section of the Luo professionals, led by their chairman Pius Oketch and secretary general Nicholus Kisara for dinner at a Mombasa hotel.

The Luo Professional Group pledged to support him.

A day later on Saturday, another group of the Luos in Mombasa, under the banner Luo Community UDA Supporters, came out to declare their support for the party’s gubernatorial contestant, former Mombasa senator Hassan Omar.

A different group of the community has also thrown its weight behind Mvita MP Abdulswamad Nassir, also eying to succeed Governor Hassan Joho.

Credible sources within Nassir’s camp have also confirmed that he is set to meet with the section of the Luo members soon.

Shahbal and Nassir are both in ODM and will be battling for the party ticket to vie for Mombasa seat.

During the Friday dinner with Shahbal, the community said they got a raw deal in governor Joho’s administration in his second term in office and hope that Shahbal will appoint more people from the community in top positions, if he captures the seat.

“We have agreed that we are going to support your candidature. If you make it, we would like to see our people in those top appointments because we have professionals who can serve in different sectors,” Oketch said.

The chairman also said they should be considered for running mate position, adding that it is justified because compared to the Mijikenda and Kamba communities who always split their votes, the Luo have always been voting as a bloc.

The community presented a number of issues they want to be addressed in the county including job opportunities, cost of doing business, bursaries, garbage collection and drainage among others.

Shahbal pledged to work closely with the community, saying together they can transform Mombasa for the better, adding that his dream of changing Mombasa has never withered since 2013.

“I am running for governor because I can see how much we can change our city, the Mombasa raha we used to know is no longer there, people have lost hope. We need to reclaim the city,” Shahbal said.

He pledged his support for Raila Odinga’s presidency.

Addressing the media at the Mama Ngina Waterfront Park, the group said they were not supporting the hustler nation by mistake, rather out of choice and the transformative agenda it has for the country.

“We have interrogated the DP’s vision and agenda for this country and have found that he has a good vision for this nation. The Luo community must be part of that agenda. We call upon all Luos in the county to rally behind Ruto and Omar,” he said.

He further urged the community living in the region and the country at large not to be hoodwinked into supporting ‘projects’ that will be captive to certain forces.

He said the sponsored candidates will not deliver anything to the citizenry because they will be serving the agenda of their bosses.

The ODM Mombasa chair says the party has no preferred candidate, people will decide.
Counties
4 months ago
by ONYANGO OCHIENG
Coast
24 January 2022 - 06:35