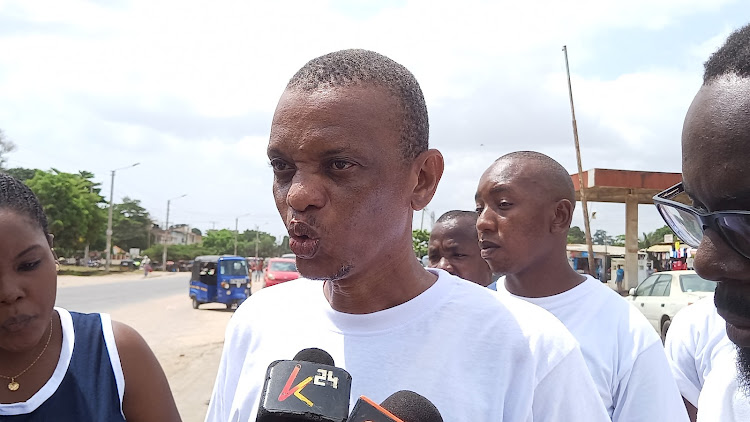 Over 18 Kwale civil society and rights organisations have joined to push for voter mass registration, a free and fair electoral process and countering violence ahead of the August 9 polls.

The organisation dubbed the Angaza Movement is sensitising residents on the importance of voting and engaging in a peaceful election.

The movement is aimed at reducing tension following the rising political heat, use of vulgar language and increased hate speech by some political leaders as they hunt for votes.

“We are preaching the message of good governance and key elements people should consider before choosing their leaders,” he said.

Baro said there is an urgency for residents to vote for development-oriented leaders and ones who will unite them instead of spreading hatred and division.

The officer said the main reason why majority of the people are reluctant to vote is because they have lost hope in the electoral process and chosen leaders.

He said the Angaza Movement is set to highlight the injustices involved in the process of the election to protect the rights of the voters and ensure their votes count.

Baro said the rights organisations are fighting against violence by closely monitoring social media groups and posters and creating resilience to the residents. 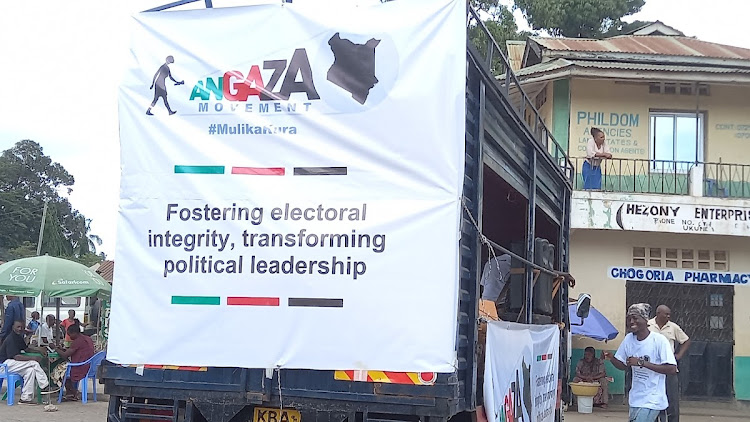 “We are investigating various internet platforms to check if the messages delivered are of any incitement and hold talks with the youth not to be misused since they are the most vulnerable,” he said.

He said the 2007 post-election violence and mayhem witnessed in some parts of Kenya are a great lesson that unity and peaceful co-existence is the most important thing to embrace.

Muslims for Human rights officer Fredrick Ogado said the movement will observe and scrutinise the operations of the institutions mandated to conduct the election.

He said they will be looking at how the Independent Electoral and Boundary Commissions clears the candidates, do the tallying, transmit data and declare the winners.

Ogado said they are trying to prevent a repetition of historical electoral injustices because they are known for disturbing peace.

“We have learnt through the previous elections that unfair electoral exercise triggers violence and this time we want to rectify that by identifying weaknesses and address them early to curb future unrest from happening,” he said.

The rights organisations called on the National Cohesion and Integration Commission to take action against inciters.

Ogado also warned politicians not to misuse their rights of freedom of expression saying they are watching and the law shall take its course.

“Residents using social media should be responsible and spread peace, not messages that promote division and chaos,” he said.

He, however, urged the security agencies to follow the law to the letter in countering violent extremism and crime in the region.

He said as human rights defenders, they are against extra-judicial killings and enforced disappearances.

At least more than 60 youth associated with violent extremism have so far lost lives in the region, according to rights organisations.

Recently, Kwale was reported by security agencies to have the highest number of radicalised youth. 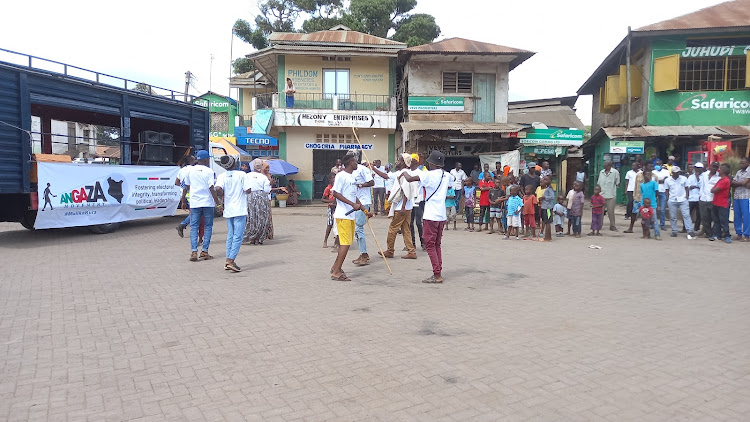 ENTERTAINMENT: Angaza Movement stakeholders perform a play to sensitise on the importance of voting at Ukunda bus park in Kwale on January 22, 2022.
Image: SHABAN OMAR

"There are times when we are asked to do things that are not within the law," Matiang'i said.
News
3 months ago

MWAURA: Why we must reject inflammatory remarks against peace and stability ahead of polls

Messages of peace, unity and reconciliation are critical as we move towards the intense campaigns
Siasa
3 months ago
by SHABAN OMAR
Coast
23 January 2022 - 22:00