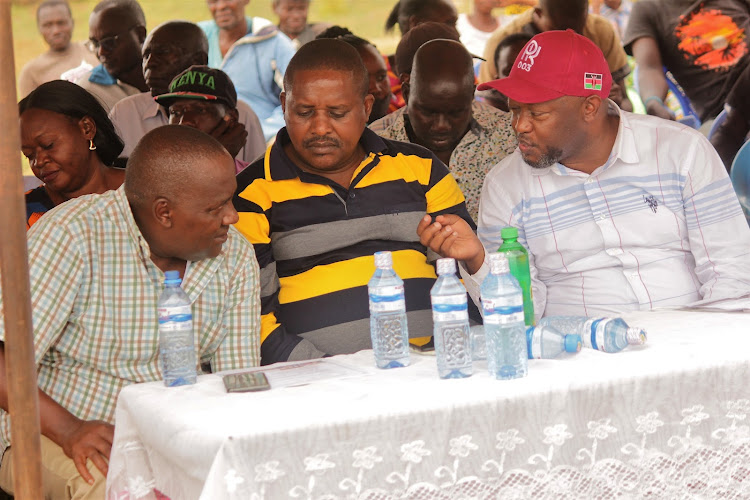 The Kaloleni subcounty security team has the raised a red flag over rising cases of elderly killings on witchcraft suspicion.

Kaloleni Deputy County Commissioner Gichiri Mugo said most of the cold blood murders are planned and executed by family members making it hard to get information on the deaths.

“The trend in Kaloleni is worrying. Four people in a month is too much. People do not want to volunteer information on the killers, we will arrest the whole family and detain them until they tell us who killed these people,” he said.

Mugo said the community has also been participating in fundraising for the killing of the elderly.

“Part of the reason why we banned disco matanga is because people use it to fundraise. You go there thinking you are fundraising to give the deceased a befitting send of, but some of the funds raised is used to pay the executioner who murdered that elder,” he said

The administrator said the killings are being perpetuated by men who do not want to work hard take responsibilities.

“These murders have nothing to do with witchcraft. This parent raised you from the time you were born and did not harm you, how can he turn against you now? There is more to just mere witchcraft allegation. We will not relent until this is stopped,” he added

Kaloleni MP Paul Katana said the killing of the elderly revolves around inheritance.

He said most youth who fail to make it in life turn against their parents after they refuse to cede part of the family land to them.

“The youth are taking advantage of the aged people to kill them so that they can inherit land or sell the land and buy the motorcycles. Let us not give up easily in life. If we kill the elderly we curse our families. Let’s respect them and we will get their blessings,” he said.

He urged the youth to embrace education, adding that he is investing more on education to change the future generation.

Katana said he is always embarrassed in Parliament when his colleagues refer him as the MP from a constituency which kills elderly people.

He appealed to the DCC to address the matter urgently to prevent more killings.

He said the only way is to make sure that the government takes action is by arresting those who are behind the killings.

He said Mwanamwinga and Kaya Fungo wards are becoming notorious in Kaloleni constituency.

Makanga said the killings of the elderly people has placed a curse in the area as drought and hunger is affecting the county.

Currently more than 200,000 people are facing hunger in Kilifi county.

Kaloleni, Rabai, Ganze and Magarini are the leading constituencies with the high number of elderly killings cases in Kilifi county.

Fear as more elderly people in Rabai are branded witches