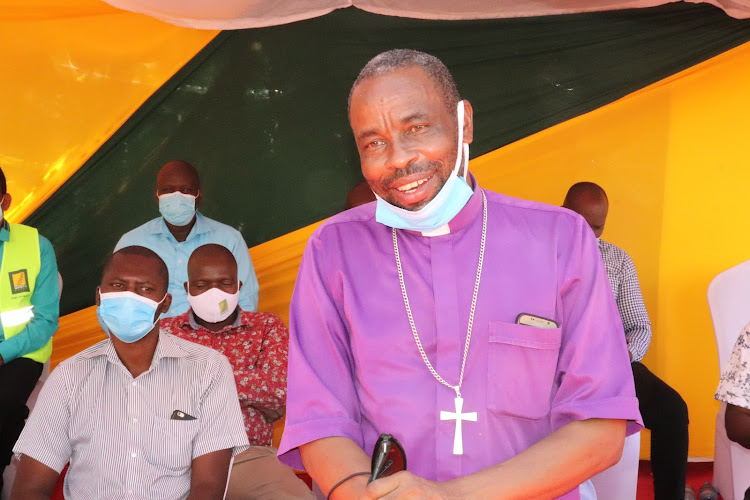 Bishop Liverson Mng'onda of the Anglican Church of Kenya Taita Taveta diocese has asked the National Cohesion and Integration Commission to probe politicians who incite the public and bar them from running for office.

The bishop also urged politicians to refrain from spreading hateful messages that could stir up unrest in the country.

Under the law, the power to bar anyone from running for political office is vested in Independent Electoral and Boundaries Commission.

Instead, he believes leaders should focus on mobilising Kenyans to register as voters as part of the ongoing enhanced continuous voter registration.

The clergy advised aspirants to take the initiative and ensure all youths over the age of 18 have identification cards and voter registration cards.

"Its pointless to have a large following of people who can't vote for you. Politicians should thus concentrate on assisting the IEBC in registering more voters," Mng’onda said during an interview in his office on Tuesday.

The region, he said, has recorded dismal performance in past mass voter registration exercises, an indicator that more civic education is required.

The bishop also warned the youths not to be used by politicians to cause chaos at their opponents' political rallies.

"When a politician wants to cause mayhem at a rally, youths are the primary targets.  As a church, we are sensitising them to avoid being exploited for money," he said.

Mng'onda said political unrest would exacerbate the country's economic woe, which has already been effected by the Coronavirus pandemic.

He called for unity during the campaigns and even after the upcoming elections.

Meanwhile, Wundanyi MP Danson Mwashako has started a sensitisation programme to have all the youth in the area register as voters.

Mwashako said most of the youths were yet to register and urged them to take advantage of the ongoing exercise.

“This is the last chance that IEBC is giving out for people to register. We are aiming to ensure that many people register before the end of the exercise,” the legislator said during a public meeting at Werugha on Monday.

Mwashako who is seeking for a second term said a reelection would help him complete projects  started during his first term.

Raila returns to Taita Taveta to solidify support ahead of polls

He will lead a series of political rallies with Governor Samboja at Mwatate and Voi.
Counties
5 months ago

Ex-Kigumo MP Kamau says cases should be prosecuted in shortest time possible to act as deterrence.
News
5 months ago

Haji asked the IG to submit the resultant investigation file within 30 days.
News
5 months ago
by SOLOMON MUINGI
Coast
19 January 2022 - 22:00