•While touring the region on Friday last week, Raila said he will help the leaders iron out their differences to reduce the possibility of some aspirants decamping to other parties.

•He rallied his supporters to embrace a six-piece voting method in the region, to enable him to form a strong government. 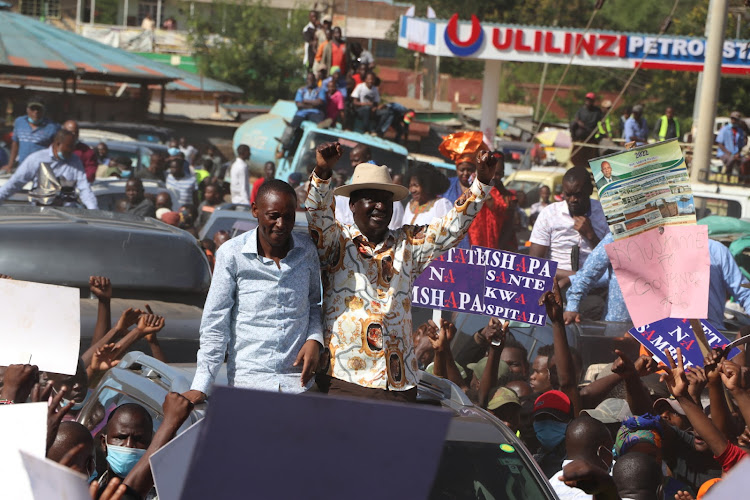 The meeting is also aimed at calming down a possible division over party tickets ahead of the August election, to achieve six-piece voting in the region.

While touring the region on last Friday, Raila said he will help the leaders iron out their differences to reduce the possibility of some aspirants decamping to other parties.

“The Azimio la Umoja house is big for everyone, I will meet your leaders to deliberate on how the seats will be shared. We need a strong campaign team at the county level,” Raila said.

He rallied his supporters to embrace a six-piece voting method in the region, to enable him form a strong government.

The former Prime Minister said electing a big number of ward reps, legislators and governors allied to his party, will help him implement his manifesto. 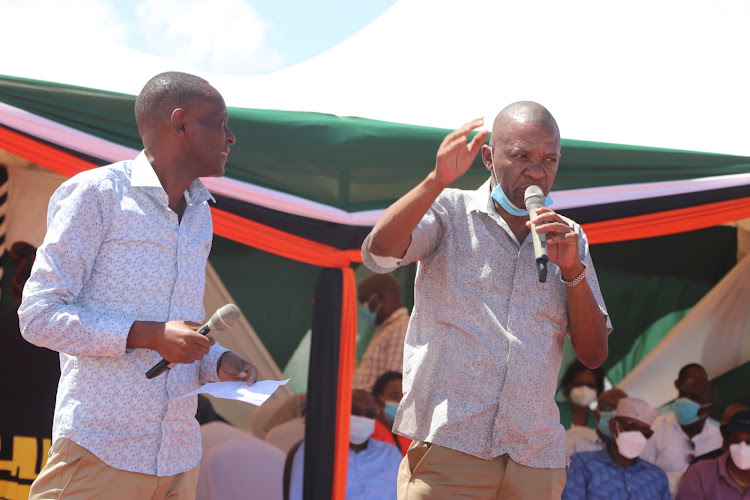 Raila is facing an uphill task in keeping some of his lieutenants who are fighting for the same political seats, in the party.

Former Wundanyi legislator Thomas Mwadeghu will battle it out with Senator Jones Mwaruma in party primaries.

Governor Granton Samboja is also fighting to secure a second term through ODM. He will face Mwatate MP Andrew Mwadime in the primaries.

Samboja was elected on the Wiper ticket in 2017 but decamped to ODM.

He is among 27 governors who on Monday vowed to campaign for Raila.

Political analyst Waki Jarongo says ODM has to come clean on how it plans to keep all the leaders without splitting.

“Both gubernatorial and senatorial party primaries will be a do or die for the top leaders. That poses the dilemma of keeping the leaders in the party,” Waki said in an interview.

He said issuing a direct ticket to any of the candidates would split the team and Raila will lose some votes in the region.

Sources inside the ODM party said the meeting will major in convincing some aspirants to join other Azimio la Umoja allied parties to save the party from primaries.

The ODM leader has declared his fifth stab at the presidency and is banking on his strongholds to trounce his political nemesis Deputy President William Ruto.

It has however experienced political shifting since the 2017 general election with DP Ruto’s led UDA making inroads in the region.

Post a comment
WATCH: The latest videos from the Star
by SOLOMON MUINGI
Coast
18 January 2022 - 22:00
Read The E-Paper