They will form a coalition after the nominations and front one of them as the flag bearer. 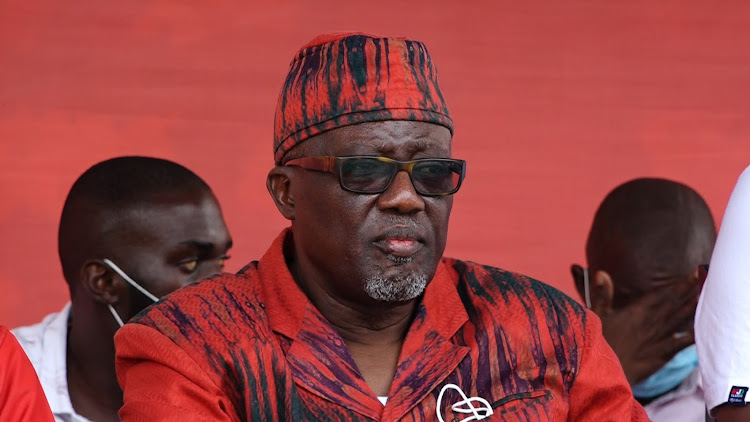 Kilifi Deputy Governor Gideon Saburi, who is also eyeing the governor's seat on the ODM ticket, during launch of Azimio la Mageuzi at his home in Rabai on January 12, 2022.
Image: ALPHONCE GARI

Parties are preparing for nominations in April when, out of the numerous aspirants, only a few will clinch the ticket to proceed to the ballot.

Alive to this reality, four governor aspirants in Kilifi have come up with a plan B, in case they lose in the nominations.

They will form a coalition after the nominations and front one of them as the flag bearer.

The four are Deputy Governor Gideon Saburi of ODM, Baha Nguma of Kadu Asili, Michael Tinga of UDA and Dzombo Mbaru who is yet to declare his party ticket.

Aspirants are lining up to succeed outgoing Governor Amason Kingi.

The decision by the four is informed by the uncertainties surrounding the party primaries.

ODM, for instance, has announced it might give direct tickets to loyal members, leading to fears of unfair nominations.

Tinga fears the UDA ticket could be given to Malindi MP Aisha Jumwa, a close ally of Deputy President William Ruto.

The four made the announcement during the launch of Azimio la Mageuzi Kilifi, an initiative of Saburi, at the deputy governor's home in Rabai on Wednesday.

The event was attended by residents, Kaya elders, former MCAs, religious leaders and opinion leaders from the constituency.

Saburi said he convened the meeting to receive blessings and the official go-ahead from his family to contest for governor. 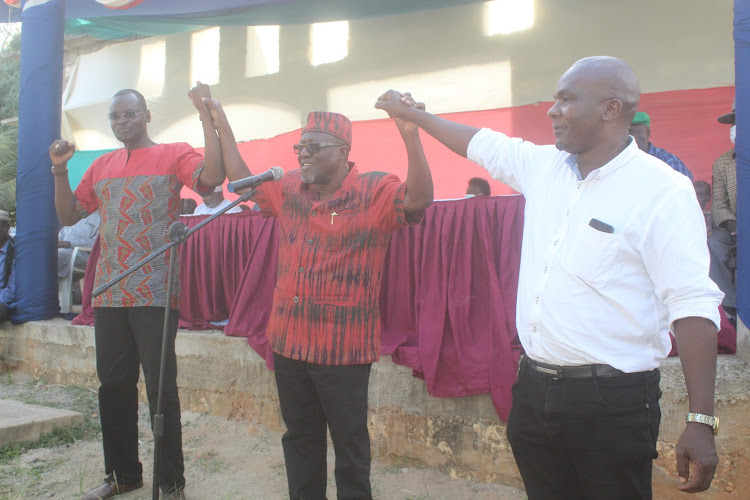 Going by the remarks made, it is likely that Mung’aro, Kahindi and Kazungu will throw their weight behind Saburi after the nominations.

Saburi said talks are in top gear among them and soon they will make a big announcement that will provide the way forward.

He acknowledged that the nominations will not be a walk in the park but said he will do everything in his power to beat the other aspirants.

Saburi however fears that the nominations will not be fair and Mung'aro Kahindi or Kazungu may be given the ticket.

He described his competitors as new to the party and "unclean".

The other two left after the 2013 general election and have only come back because Kingi is no longer in ODM and they think they will get a smooth ride, he added.

“We are talking but I'm their senior. I told them to drop their ambitions in my favour and go for it [the seat] in future,” Saburi said.

“I was all alone in ODM, as the rest had run away, in the race for governor. Some were not there and others had left but came back, more are expected to come. Some insulted the party, Raila [Odinga] and now they are back.”

Nguma said he fully supports Saburi because he is a person of integrity who is dedicated to serving the people of Kilifi and is not entangled in any scandal.

The Kadu Asili aspirant said he was impressed by the Azimio la Mageuzi Kilifi initiative, which focuses on transforming the county.

“Azimio la Mageuzi won’t succeed if we won’t put a foundation of transformation through leadership and programmes,” Nguma said.

Tinga said once a party leader endorses a particular aspirant the others don't stand a chance.

“Take my case, for instance, if [DP William] Ruto declares support for Aisha Jumwa, where will I stand?” he said.

Mbaru urged residents to register as voters in large numbers so they can vote for candidates of their own choice. 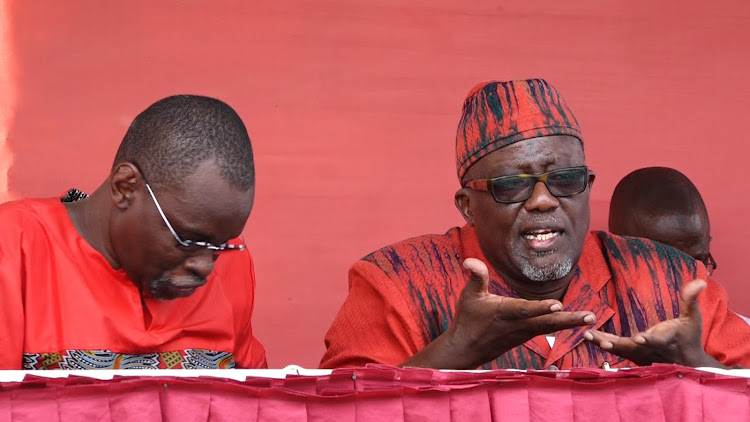 Kadu Asili governor aspirant Baha Nguma and Kilifi Deputy Governor Gideon Saburi, who is eyeing the governor's seat on the ODM ticket, during the launch of Azimio la Mageuzi at Saburi's home in Rabai on January 12, 2022.
Image: ALPHONCE GARI 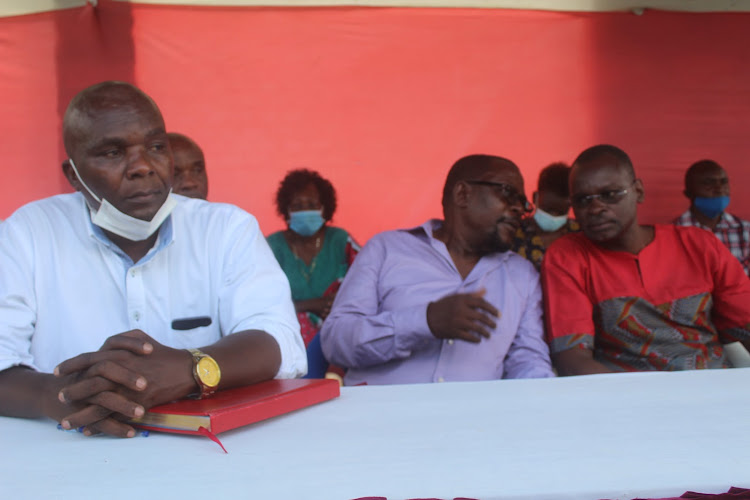 Mwakumanya said in Kilifi the fight would be between Azimio  and UDA.
Elections 2022
2 weeks ago

Kilifi leaders differ in public over choice for next governor

Amina Mnyazi is determine to battle the seat with men so as to become the second woman MP in the county
Counties
3 weeks ago
by ALPHONCE GARI Correspondent, Coast Region
Coast
13 January 2022 - 22:00