They set a few houses on fire on their way out and shot in the air several times while chanting. 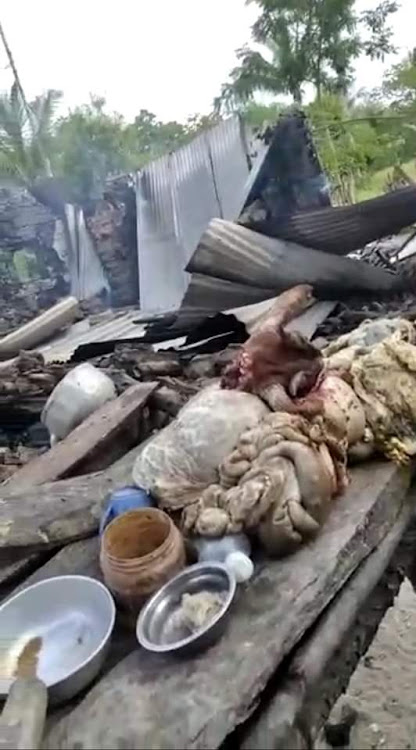 The leftovers of the feast
Image: CHETI PRAXIDES

On Tuesday morning, a group of suspected al Shabaab militants descended on Mashogoni village not for bloodshed but for a feast.

Villagers fled into the bushes when the about 20 militants showed up wearing military regalia.

Residents said the militants entered the village at around 5am and left at around 7.30am with their stomachs full.

They slaughtered two goats they took from one of the pens in the village and made themselves a barbecue.

They also helped themselves to some roasted chicken.

The militants took their time to skin two goats, clean and patiently waited for the meat to properly roast before feasting.

The leftover animal innards covered by buzzing flies was evidence enough of the fun the terrorists had while terrified residents hid in the bush. 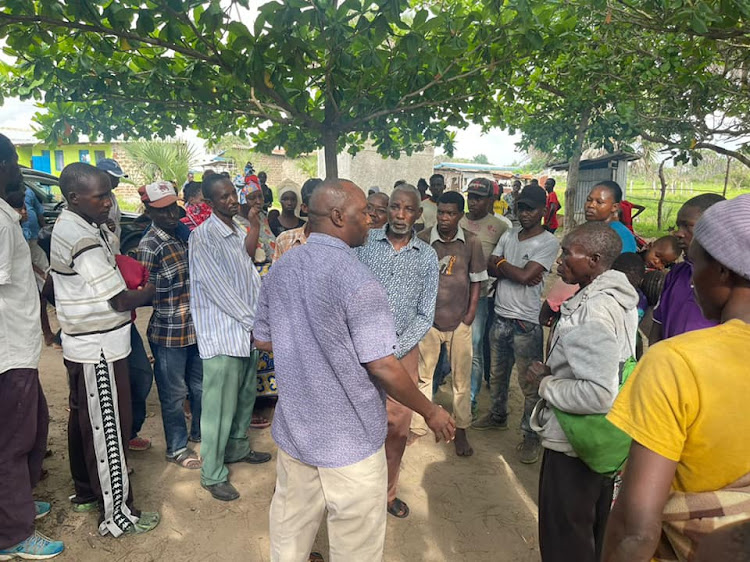 Displaced villagers who fled their homes following the incident are currently putting up at a school in Kibaoni, Lamu west.
Image: CHETI PRAXIDES

Mashogoni resident Joseph Kisa said once the terrorists had eaten to their fill, they were seen packing whatever was left from their feast and left with the meat.

They then made their trademark shooting in the air followed by their usual chanting and slowly, as if without a care, strolled out of the village and disappeared to wherever they had come from.

On their way out, the militants set a few houses in the village on fire using petrol bombs which they hurled simultaneously and laughed out loud when each target house exploded into flames.

“I was lying in a bush near my house and I could see and hear them clearly. They took several of my chickens. I'm yet to count how many are missing. I saw them hurl objects at the houses nearby burning them to the ground. They spoke so loudly and laughed,” Kisa said. 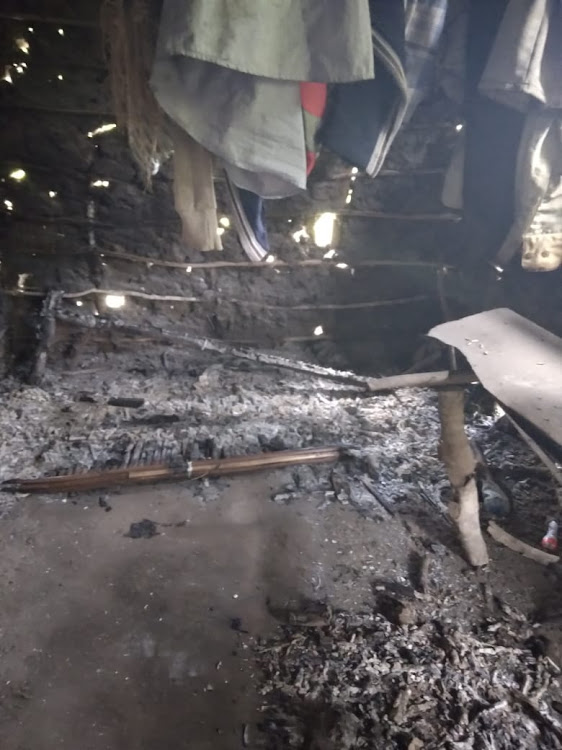 A house that was torched by suspected militants at Mashogoni village in Lamu west.
Image: CHETI PRAXIDES

The militants also went to Githurai village where they torched several houses in a similar style as they walked on.

The two villages of Mashogoni and Githurai are close to a military camp in the Tabasamu area within Mkunumbi division.

Residents have raised questions about how such a large group would walk into a village, have a feast for several hours, burn houses and shoot several times in the air and walk away without being noticed by security forces.

The tension in these areas is palpable as residents wonder if their safety is at all guaranteed as promised by security bosses.

Kisa said the villagers made several distress calls to the police, KDF and other security agencies they knew of but that there was no immediate response.

“We called so many times but by the time they came, the assailants had already left. We crawled out of the hideouts and went to check what they had done in our houses,” he said.

Mpeketoni community leader Emmanuel Wanyoike said the criminals have been spotted lurking and wandering in the area.

“This is getting out of hand and we are really concerned. Villagers here will tell you they keep sighting these people around here. We are not sure about the security arrangements but these attackers aren’t playing,” he said.

Residents say security agencies have been taking too long to respond to distress calls of attacks and sightings of suspected militants.

Patrick Wambugu, a resident of Mashogoni village, said he hid in the forest when he heard the assailants approaching the village.

He had earlier in the day packed out of his homestead with his wife and children to Shalom Academy, where hundreds of families who fled the attacks are currently staying.

“I had returned to check on the house and livestock when I heard them and fled into the bush. I could see them torching houses. I witnessed them slaughter goats, roast them and then eat. I was terrified of how comfortable they seemed,” Wambugu said.

"They entered the home of a farmer who had fled to safety and slaughtered two goats, ate and I hear they carried the rest. Others passed through another home and carried flour. This means these people are still within," he said.

Macharia said 10 people have since been arrested in connection with attacks in the area and are being questioned.

Terror attacks in Lamu have persisted despite assurances that security agencies in the region had matters under control.

So far, 13 people have been killed in recent attacks in Lamu. They include four GSU officers who were blown to their deaths by a rocket-propelled grenade.

Coast regional commissioner John Elungata said on Monday that security agencies had discovered and sealed loopholes used by the enemy to attack, kill innocent citizens and destroy property in Lamu.

He spoke in his Mombasa office while responding to the killing of two elderly people in Juhudi/Marafa areas in Mpeketoni division, Lamu West.

“We have placed the military and police in all those places where the attackers would find a chance to attack. Right now, the ground is fully covered. There is nothing to worry about,” Elungata said.

He assured residents that security has been beefed up in the region.

Elungata said the government is not going to allow small incidents of insecurity threaten investors and derail the county’s economic growth.

“The government has invested a lot in the Port of Lamu and several roads within the county. We have agreed as leaders that we will not allow anyone with the bad intention of destroying Lamu to come in between,” he said.

The militants also looted food and other items from homes, torched several houses
Counties
2 weeks ago

They want ranchers investigated for their role in the recent killings
Counties
2 weeks ago
by CHETI PRAXIDES Correspondent,Coast Region.
Coast
12 January 2022 - 22:00