Raila returns to Taita Taveta to solidify support ahead of polls 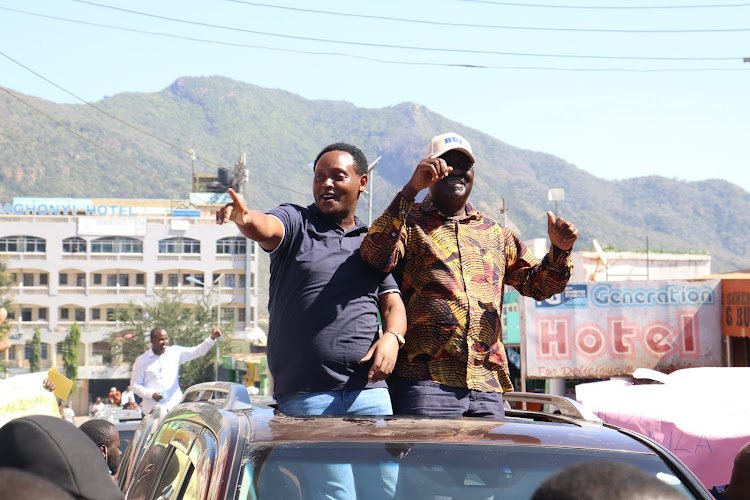 ODM boss Raila Odinga will on Friday return to Taita Taveta county to popularise his Azimio la Umoja campaign and solidify his support in the region.

He will be hosted by Governor Granton Samboja.

Samboja took to his Facebook page to confirm Raila’s visit in the county.

The former prime minister will preside over the commissioning of the Nyangoro Maktau Water and Sanitation Development project in Maktau, Mwatate subcounty and lead a series of political rallies with Samboja at Mwatate and Voi.

The water supply project funded by European Union through Water Sector Trust Fund will benefit more than 17,000 residents in the area.

The ODM boss targets to use the rallies to consolidate his support base in the region and ward off forays by Deputy President William Ruto.

The county was predominantly an ODM bedrock but has since shifted after the 2017 general election.

During the one–day charm offensive tour, Raila will also receive a number of political aspirants in the county who have publicly backed him to succeed President Uhuru Kenyatta in August.

This will be a major boost in his presidential bid.

Samboja, who was elected on a Wiper party ticket, has found new friendship with the ODM leader and has since ditched the Kalonzo Musyoka-led party.

This is the third time Samboja is inviting Raila for campaigns in the county.

The governor was conspicuously missing a month ago when One Kenya Alliance principals led by Kalonzo held rallies in the county.

People privy to his campaign plans say the Samboja is planning to publicly announce his exit from Wiper and officially join ODM.

If he joins ODM, however, the first-time governor will face another huge hurdle of facing Mwatate MP Andrew Mwadime at the party primaries. Mwadime has announced his gubernatorial interest and is set to vie on an ODM ticket.

“He is now at a point of no return because Wiper has already set eyes on either former senator Dan Mwazo or journalist Patience Nyange. He has to challenge Mwadime for the much needed ticket,” an insider told the Star in confidence.

In his campaign trails, Samboja has been urging the people of Taita Taveta to unite with other Kenyans under Raila’s Azimio la Umoja.