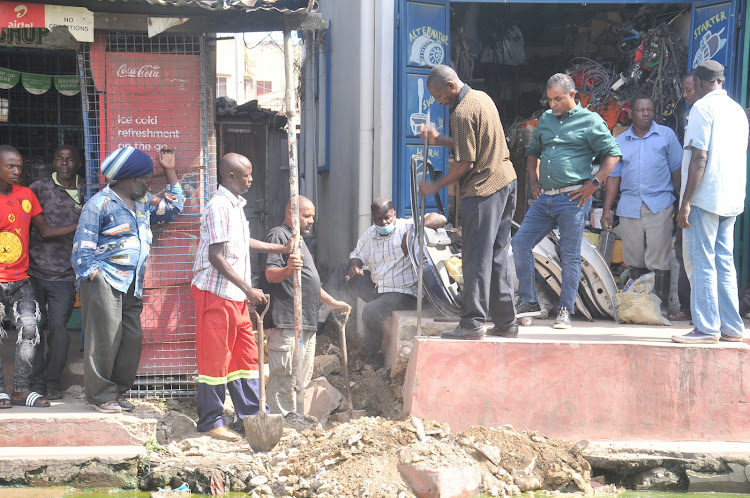 The notice was issued Monday by the Housing executive Tawfiq Balala following a public outcry after raw sewage flooded the streets around Ziwani area within Mombasa town.

Speaking to the Star, Balala said the overflowing sewage was as a result of illegal sewer connection that overwhelms the storm water drainage system in the region.

The blockage was also as a result of houses that have been built on top of the sewer lines, which makes it hard for routine inspections of the systems.

The suspension takes effect immediately pending inspection of all illegal sewerage connections and bio digester requirements for all new constructions.

On Tuesday afternoon, Balala led a multisectoral team comprising officers from his department, the county fire brigade and the inspectorate to unclog the blocked areas.

The officers managed to break an illegally constructed structure over the inlet to the storm water drain that hindered free flow of water.

“After the unclogging was completed, the fire brigade played a vital role in ensuring the road was thoroughly washed off to get rid of the foul smell that had engulfed the affected area,” he said.

He added that the issue of drainage and sewerage falls under the Mombasa Water and Sewerage Company.

However, he had to step in following increased public outcry and the fact that construction permits and licenses are issued by his office.

Balala said the drainage system in Mombasa was constructed by the colonial government covering areas of Ganjoni, Old Town, Kizingo and Tudor, which were then designated as residential areas.

“Any area falling outside these areas has no drainage system. That’s why the county constructed a storm water sewer line network to serve them," he said.

"The population has since gone up over time and also the number of illegal connections has also increased.”

The county executive said that the ban will only be lifted once each and every building has complied and adhered to the set regulations.

He warned that anyone building an apartment within the area must have a bio-digester that will treat its sewage water before being released into the sewer network.

“We are aware the illegal connections are being done by members of the public in cohort with some rogue officers from our department. We have started a survey of all buildings to ensure compliance,” he added.

It was a sigh of relief for residents who said the road has been impassable since December 24 last year, a situation that had also affected businesses along Kirinyaga road.

For Edward Muthuri, who has been operating a shop for the last two years in the area, business was down for the entire period as it was difficult for customers to access his shop and other businesses along the road.

“The situation has really affected our business. Customers are having a difficult time accessing our premises, and even getting supplies was an issue. We also had to live with the foul smell,” he said. 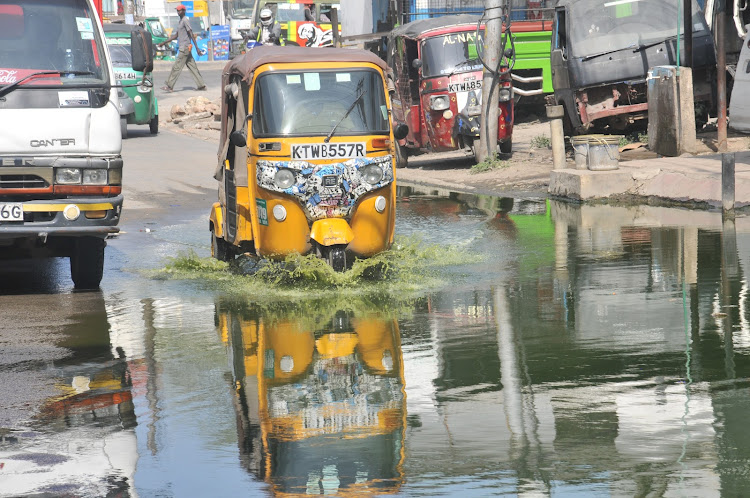