A boy gets treated for jiggers in Lamu island.
Image: CHETI PRAXIDES

Myths about the causes of jiggers are responsible for the growing infestation in Lamu county.

This is according to social worker Ahmed Bajber who says a large number of jigger victims in the county are children and elderly people.

The commonest belief among residents is that jiggers are caused by supernatural phenomenon such as genies (jinis) and shouldn’t be treated.

The people who are entrenched in this notion believe that treating the jiggers will only cause more pain to the victim and his family as the jinis would retaliate for being ejected from their habitat.

The aid worker says there have been instances where families have refused to be treated insisting that it was their destiny to be ‘home’ of the jinis.

“You cannot force such people to undergo medical care but it’s unfortunate that people suffer because of such misleading beliefs and as aid workers, there is nothing much we can do,” said Bajber.

It is these beliefs that have rendered some of the victims totally unable to walk, with some having to be dependent on family members to do even the most basic things.

Some residents believe that jiggers are inherited and passed down from one generations to another.

Aid worker Bajber explains that such people have no qualms about living with the jiggers and won’t even attempt to seek medical care as they are considered ‘normal’ and ‘part of the family’.

“We have families that are known to have jiggers. It’s like a possession they are forced to keep and they are not bothered. Here you can find a whole afflicted by jiggers and any attempts for medical help is staunchly resisted,” said Bajber.

For some members of the community, jiggers are a curse for something that did or did not happen and so the infestation is interpreted as a punishment from some superior being.

These and many more myths have held jigger patients in Lamu hostage and unable to rid themselves from the grasp of infestation.

Lamu doctor Mohamed Ashim urges members of the public to embrace medical treatment for jiggers and walk away from such beliefs.

He says jiggers are caused by dirty environments and encourages residents to ensure they keep their surroundings clean so as to keep jiggers at bay.

“There is no religion nor science nor study that supports any of these myths. People need to understand that jiggers are actually a disease just like malaria and require medication to heal. Otherwise,they will continue to live in pain and discomfort,” said Ashim.

Areas worst affected by the jigger infestation in Lamu county include Hidabo, India, Makafuni, Milimani, Kandahar, Spotlight and Mararani in Lamu island and also parts of Mpeketoni,Witu and Kiunga on the mainland. 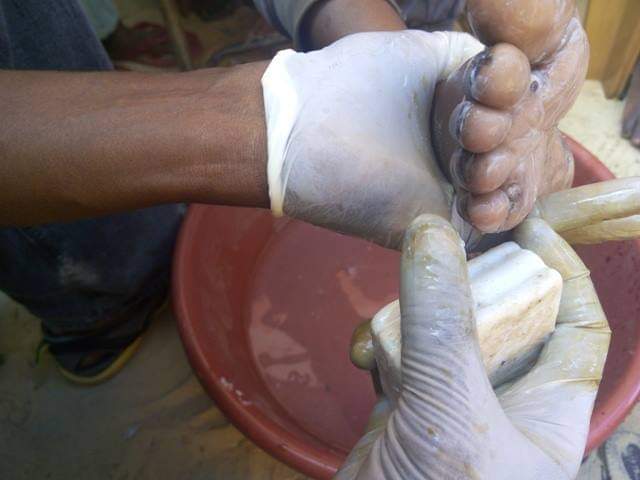