The militants also looted food and other items from homes, torched several houses 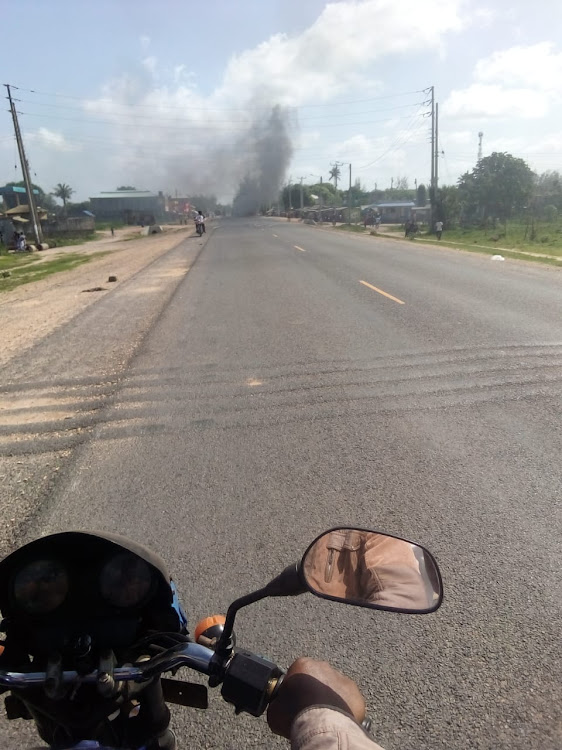 Residents of Kibaoni in Lamu West burn tyres on the road to protest insecurity following the killing of two men on Sunday evening.
Image: CHETI PRAXIDES

A group of armed militants is said to have descended on the village at around 6pm and began shooting in the air for close to half an hour scaring residents.

They then flushed the two elderly men from their houses and shot them at point blank to the head, killing them instantly.

The militants also looted food and other items from homes in the village, torched several houses before strolling away.

According to witnesses, the heavily armed militants who numbered to about 50, had AK-47 rifles and wore military regalia.

No criminal has been killed or arrested so far.

Following the killings, residents protested growing insecurity and killings in the areas.

Efforts to reach the Lamu county commissioner Irungu Macharia and county commander Moses Murithi for comment on the killings were futile as they did not respond to calls and messages.

Efforts to get a comment from the Coast regional coordinator John Elungata also bore no fruit as he failed to pick calls and respond to messages.

A security officer who spoke on condition of anonymity said the deceased whose identities have yet to be revealed, are aged around 70 and 68.

“We believe it’s al Shabaab because we know how they operate plus the villagers said the men said they were from Somalia,” he said.

The killings came barely hours after Elungata and county security teams held a meeting on the state of Lamu’s security at the county commissioner’s office on Sunday.

Nearby villages have since been vacated with reports that hundreds of villagers spent the night at nearby towns for fear or being killed.

The village school, Juhudi primary remained closed as pupils and teachers kept away while others fled.

Transport activities at Kibaoni and Majembeni towns were interrupted for almost an hour as the protesters erected stone barricades on the road before the police arrived and dispersed them.

The latest attack bring to 13 the number of people killed by suspected Shabaab terrorists in just one week.

On January 3 this year, a 62-year-old man was killed and set ablaze inside his house at Bobo-Sunkia village in Hindi ward, Lamu West.

On January 7 this year, four police officers from the General Service Unit were killed in a suspected al Shabaab attack after their vehicle was hit with a rocket-propelled grenade at Nure Corner, near Milihoi on the Lamu-Witu-Garsen road.

A week ago, Interior Cabinet Secretary Fred Matiang’i imposed a dusk-to-dawn curfew in parts of Lamu listed as disturbed areas including parts of Mpeketoni, Witu, Hindi, Mkunumbi, Hongwe, and surrounding areas, all in Lamu West subcounty. 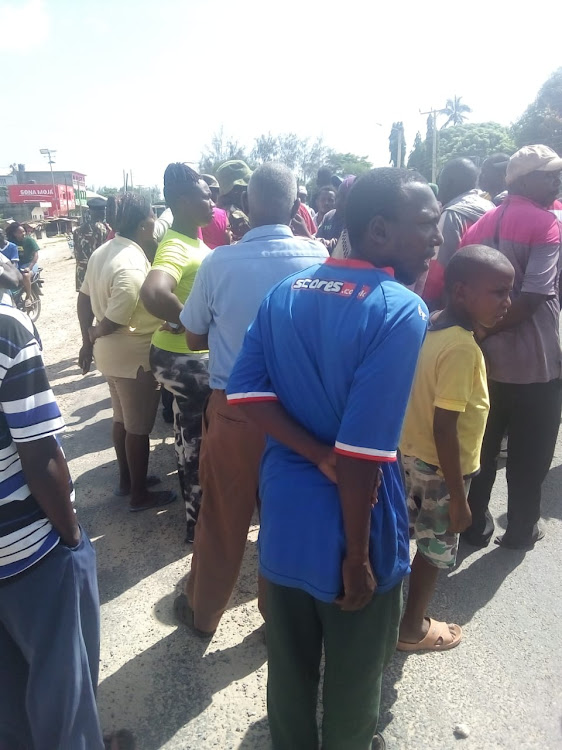 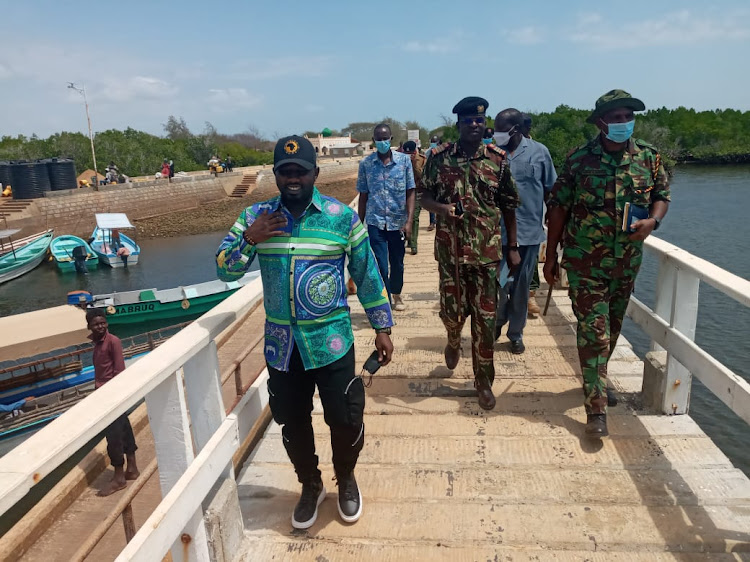 Coast regional coordinator John Elungata and other security officers after a security meeting in the region. He is with Lamu senator Anwar Loitiptip and other county leaders.
Image: CHETI PRAXIDES

The government has declared a 30-day dusk-to-dawn curfew on parts of Lamu.
News
2 weeks ago