The governor filed an application to have the court throw out the petition against him. 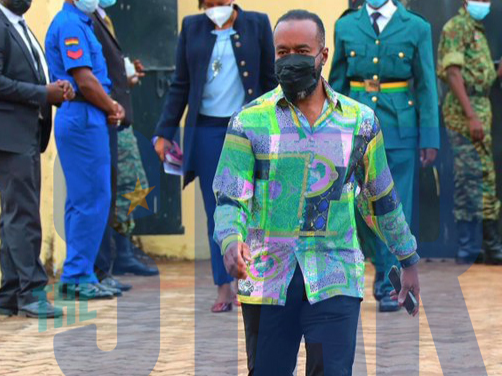 Mombasa Governor Hassan Joho has failed to stop a petition challenging his leadership over a 2013 debt.

Joho had filed an application to have the court throw out the petition against him filed by Disney Insurance Brokers Limited.

In their petition, Disney wanted the court to declare the governor and two other county officials unfit to continue serving in the county leadership for failure to comply with court orders.

However, Joho, Finance chief officer Asha Abdi and Mariam Mbaruk, who serves as the Finance executive, filed an application to have the petition struck out.

They cited the petition as an abuse of court as the claims of their integrity should be addressed by the EACC and not the court.

But Justice John Mativo said the petitioner approached the court under Article 22, which gives the court jurisdiction to entertain any petition challenging the suitability of anyone to hold office.

Mativo said courts are required to highly uphold the fundamental rights and freedoms of every person who approaches the court.

“The alleged breach of the Constitution implicated in this petition warrants determination on merits. The draconian orders sought in the objection and the application are totally unmerited,” he said.

“The upshot is that the first, second and third respondent’s preliminary objection dated May 21, 2021 and the 4th respondent’s application dated November 12, 2020 are hereby dismissed with no orders as to costs,”Mativo added.

The ruling gives leeway for a full hearing of the petition seeking a declaration that Joho and his officials violated the Constitution and, therefore, should be declared unfit to continue holding office.

They further sought a declaration that the respondents failed to have regard to personal integrity, character, competence and suitability as state officers in the County Government of Mombasa.

The current petition arises from a 2018 judgment that ordered the county government to pay Disney Insurance brokers Sh58.9 million.

However, all the efforts to have the county pay the company have been futile despite the county not appealing the judgment.

The county has remained adamant in paying the debt despite a warrant of arrest being issued in 2019 which was however not effected.

In their petition, Disney said the county officials have failed to put into consideration the best interests of the county and the taxpayers by paying the said sum, thereby allowing the amount to accrue interests which currently stands at Sh108.2 million.

Joho fires striking doctors, orders them out of staff houses

Sack letters cite their participation in an ‘illegal’ strike.
News
1 year ago

The court will grant the governor an opportunity to argue his application.
News
1 year ago
by MALEMBA MKONGO Correspondent, Coast Region
Coast
10 January 2022 - 23:00