Prepare for another defeat in Senate, MPs tell Ruto

-Mvita MP Abdulswamad Nassir and his Jomvu counterpart exuded confidence that the Bill will face a similar fate at the Senate.

-DP William Ruto always brags of having huge support both at the National Assembly and the Senate, but his numbers always disappear during hot debates. 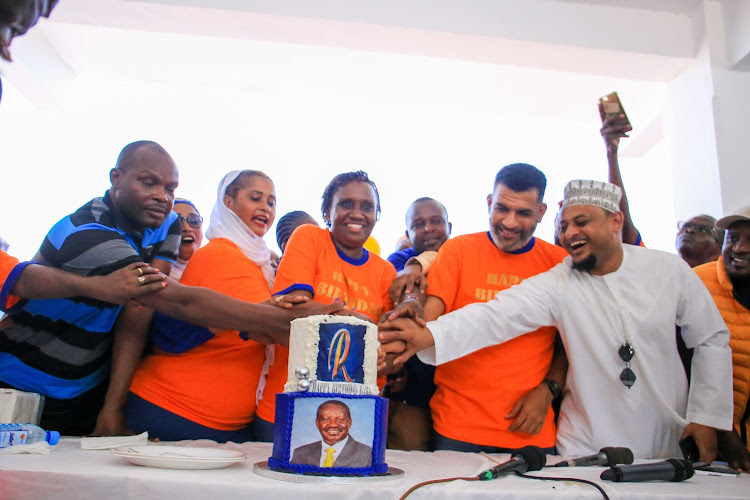 Two Mombasa MPs have praised their colleagues for the passage of the Political Parties Amendment Bill 2021 last week, saying it will enhance democracy.

However, MPs Abdulswamad Nassir (Mvita) and Badi Twalib (Jomvu) said it is now clear that Ruto does not have numbers within the National Assembly.

The two MPs exuded confidence that the Bill will be passed again in the Senate on Tuesday, as the upper house sits to discuss the controversial bill.

Senate Speaker Kenneth Lusaka has already recalled the senators for a special sitting, Tuesday to debate the bill, after it was passed in the National Assembly last week amidst chaos and jeers from the opposing sides.

Speaking on Friday at the sidelines of the wedding ceremony (Nikkah) of his daughter, Nassir said he was aware that the Tanga Tanga brigade, allied to DP Ruto are planning to marshal their troops at the Senate to derail the Bill.

He said DP Ruto always brags of having huge support both at the National Assembly and the Senate, but his numbers always disappear during hot debates.

“We know they are going to marshal up their troops to derail the Bill, but I believe we also have numbers in the Senate, we shall defeat them,” said Nassir.

If the Senate introduces new changes into the Bill, the document will be returned to the National Assembly or subjected to a committee of mediation, composed of members of the senate and national assembly.

“I believe the Senate is going to pass the Bill without any level of changes, the problem is that if they introduce any changes into the bill, it will have to come back to us, so that we agree with the proposed changes or call for a mediation,” said Nassir.

On his side, Twalib said that passing of the Bill was the way to go, in order to reduce hatred along political parties’ lines.

He said he is hopeful that the Senate is going to pass the Bill.

“Under the Bill the status quo will remain, and I believe after passing through the Senate the President is going to ascend to it, this is the way to go,” said Twalib.

Twalib further exuded confidence that this was the year ODM party leader Raila Odinga was going to clinch the presidency because he enjoys political goodwill from all parties and regions in the country.

“It is not every day that you see the government working with the opposition in a country, this is something historic for the country,” said Twalib.

The two legislators also called on Kenyans to maintain peace during the upcoming general elections.