Kamba community in Kwale calls for unity ahead of polls 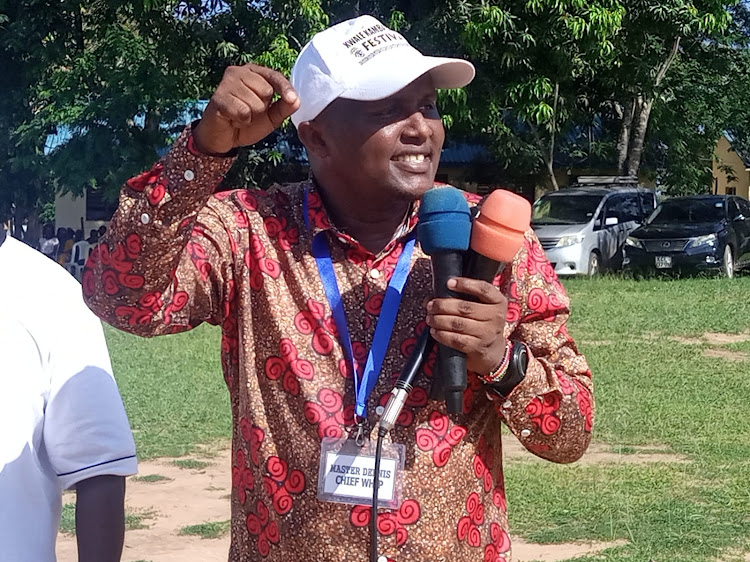 The Akamba community living in Kwale has called for unity as the country enters the electioneering period.

The community has warned against tribal politics and divisions, calling for peaceful campaigns and elections.

The community chairperson Muema Mutuku said there is a need for the different Kwale communities to unite and live as one before and after the elections.

"We are calling for unity and good relationships between various communities for peaceful coexistence," he said.

Mutuku urged the communities to preach peace and tolerance as elections near.

He said all citizens must stick together as one regardless of where they come from, skin colour or religion.

In Kwale the AKambas are the third-largest after Digo and Duruma communities.

They have intermarried with the indigenous people and established a strong bond with the natives.

They play a crucial role in the county politics and have a great influence in deciding who the governor will be.

Mutuku said it is time for the communities to embrace their differences and appreciate each other for peace and prosperity.

He spoke during the Akamba Annual Cultural Festivals that was held in Shimba Hills within Matuga subcounty.

The event was used as a symbol of unity to bring together communities in the region.

According to the Akamba community coordinator Peter Nyamawi Nzuki, majority of Kambas had split into groups weakening their unity.

Nzuki said their coming together will enable them bargain easily in the county and national politics.

"All the communities are now intact, we also need to speak with one voice and not agree to be divided as this will allow us to effectively take part in politics," he said.

Nzuki said as the Kamba community, they have designed appropriate plans to keep people close and perform their democratic rights in harmony.

The ceremony was marked with cultural dances, songs, food and fashion exhibitions.

It was also meant to pass cultural knowledge to the young generation and preserve the Kamba culture.

Last year, the European Union Ambassador to Kenya Henriette Geiger while opening the Kombani Fresh Produce Wholesale market in Matuga, appealed to Kenyans to maintain peace before, during and after the 2022 general election.

Geiger said peace was the most valuable thing that each citizen and nations must strive to achieve.

"No matter what happens next year you must keep the peace. Elections are there for each one of you to make peaceful decisions not chaos," she said.

Deputy President William Ruto and ODM leader Raila Odinga also echoed the need for unity as people head towards the general election when they visited the region in December.

He said it is our collective responsibility to ensure a peaceful, free and fair election in August 2022.
News
4 months ago

Urge leaders to avoid incitement and use of hate speech during campaigns
Counties
4 months ago
by SHABAN OMAR
Coast
05 January 2022 - 22:00