Taita Taveta teams up with Kalro to triple rice production 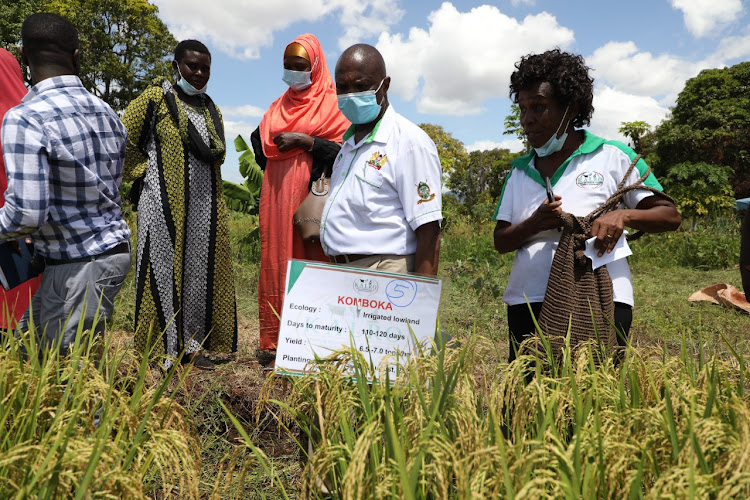 The Taita Taveta county has partnered with the Kenya Agriculture and Livestock Research Organisation to boost rice farming in Taveta subcounty.

Framers in the county are set to triple rice production from the current 4,644 tons to 12,000 tons every year to achieve the nutrition and food security agenda.

Over 750 acres are currently under rice production in Timbila, Kimorigo and Kitobo areas, harvesting more than four tons per acre. The farmers grow Japan and Saro series of rice varieties.

An estimated 90 per cent of the farmers in the region are engaged in rice production. The farmers sell their produce in Ahero, Kisumu and neighbouring Tanzania.

According to Agriculture, Livestock, Fisheries and Irrigation executive Davis Mwangoma, the county has now introduced the Kwamboka rice variety in the value chain to farmers in floods-hit area.

“Through the partnership, we shall support farmers  to produce quality rice and increase production. We are planning to them access farm inputs,” Mwangoma said during rice farmers field day in Kitobo village Taveta subcounty on Monday. 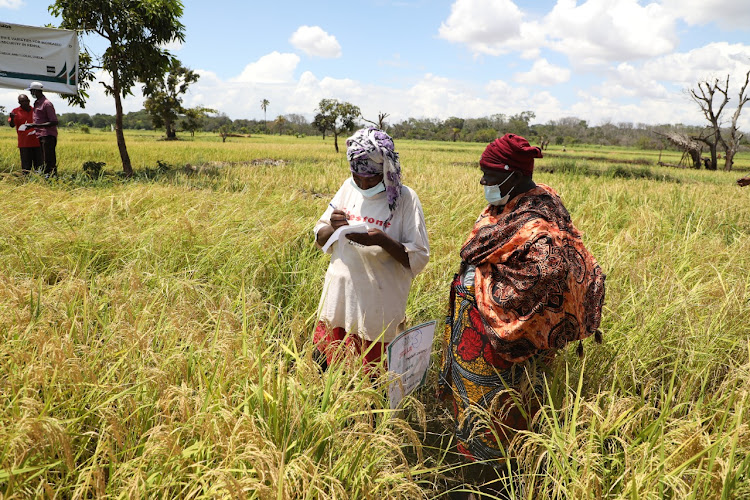 Mwangoma said the agriculture department has partnered with the national government to develop mechanisms that will save farmers from extortion by middlemen from neighbouring Tanzania.

"Due to lack of value addition mechanisms, farmers are exploited and forced to sell at a reduced price which is a loss. Most farmers therefore declined to grow rice terming it as an unprofitable venture," he added.

The Executive further encouraged farmers to form cooperatives to increase their bargaining power and cut off middle men.

“We can only fight brokers by having a strong cooperative society for all farmers. The department is ready to assist farmers reap good profits from farming,” Mwangoma added.

He appealed to the government to step in and help farmers realise their full potential in rice production.

"Farmers need to be supported to access farm inputs and market for their produce. Flooding has largely affected production in this region and we are asking the government to intervene,” Amiri said.

He said the perennial floods witnessed in the area annually has rendered the region unproductive, further asking the agriculture department to distil more water canals to avert floods.

Some 600 farmers will benefit from the Sh7.2bn irrigation project
Counties
9 months ago

Once complete, the projects will increase rice production and create employment.
News
11 months ago

Irrigation schemes across the country include Ahero, Bunyala, West Kano and Mwea
Counties
1 year ago
Post a comment
WATCH: The latest videos from the Star
by SOLOMON MUINGI
Coast
03 January 2022 - 22:00
Read The E-Paper