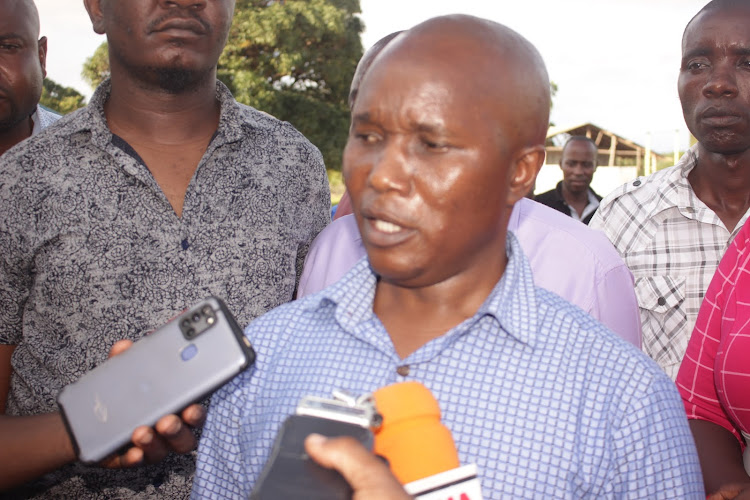 The party has continued to receive backlash in Kilifi county where its roots are.

Some politicians in the region among them Ganze MP Teddy Mwambire, have dismissed the outfit as hot air.

Mwambire said ODM is still the party of choice in the region.

According to Mwambire, Kingi is looking for a scape goat after his failed leadership as the governor.

“PAA has no candidates in Kilifi. It is only ODM that has several aspirants in all the elective seats. You will know a party is popular by the number of candidates who want to vie through it. PAA is just hogwash,” Mwambire said.

He said just like Chirau Mwakwere folded his Shirikisho party to join PNU, is the same way Kingi is folding PAA to channel the votes to ODM.

“We have yearned for our own party but the same script used by Mwakwere with Shirikisho is the same script with PAA. Kingi parted ways with ODM and vowed not to support Raila but now he says he is supporting Azimio la Umoja. This is being insincere. He wants to sell our votes to Raila. This shows clearly that Kingi has no power in PAA,” Baya said.

He said the party’s support does not extend further than his spanner boys.

“Kingi is hoodwinking the public to believe that PAA is the only solution to Kilifi’s poverty. He has nothing to show for the over Sh80 billion the county received during his tenure as governor. He wasted his time, let him finish his term and leave us in peace. PAA is a curse to the region,” he said.

Ganze MCA Benson Chengo said many MCAs were coerced to support the party but majority are now seeing the light.

“We received threats but I personally told them I will not support a party which my voters do not support. We were afraid that development projects in our wards would be scrapped off but nothing has changed,” Chengo said.

Kingi has found it hard to explain the ideology behind forming the party after he consistently despised local parties when he was the ODM chairman in Kilifi county.

Recently, PAA was rejected by other parties in the region which the Kilifi county boss had courted for a coalition.

They accused Kingi of going behind their backs to register the party with the name they had suggested in their earlier discussions.

Kadu Asili, Republican Congress, Shirikisho Party of Kenya, Umoja Summit Party, and the Communist Party of Kenya all delinked themselves from the Kingi's PAA.

They accused Kingi of high handedness.

Kadu-Asili secretary general Gerald Thoya said they were shocked when they realised someone had registered PAA which was the name they had for the coalition.

“We had reserved this name but someone from this region went ahead and registered it as a party behind our backs,” Thoya said.

Kingi has been championing for the Coast unity after falling out with the ODM party.

He accused politicians from the Coast of ditching him when he formed the party.

"For a very long time coastal leaders have been calling for region's unity. There is no single day any of the leaders has preached against the coastal unity. How will we achieve our agenda if we cannot come together and support our party?" Kingi asked.

In the run up to the 2017 general election, Kingi dismissed coastal parties as tribal outfits that cannot deliver in any election, statements which are now haunting him.

He is also at pains to explain who the real owners of the party are as speculations are rife the party belongs to Mombasa tycoons keen to control the Mijikenda votes.

The party is yet to be officially launched.

It was to be launched in October at Karisa Maitha but the launch was pushed to January 2022 and will be held at the Bomas of Kenya in Nairobi.

Led by veteran politician Jamaal Sheikh, they say Kingi has nothing new to offer the people of Kilifi county.
Counties
9 months ago

Mvita MP says the party linked to Governor Kingi has been formed to serve personal interests and not the region's.
Counties
11 months ago
Post a comment
WATCH: The latest videos from the Star
by ELIAS YAA Correspondent, Coast Region
Coast
26 December 2021 - 07:00
Read The E-Paper