Through waste collection, the youth are able to sell plastics collected and earn income that supports them in their education 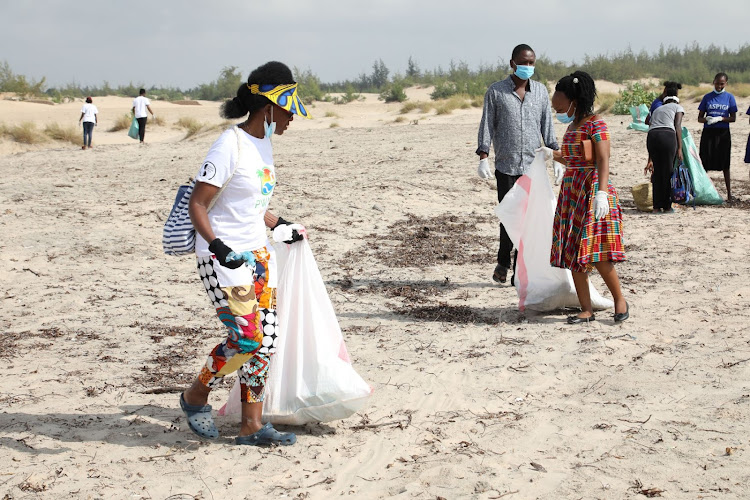 Tourism stakeholders in Malindi take part in the monthly clean up exercise along the beach
Image: ALPHONCE GARI 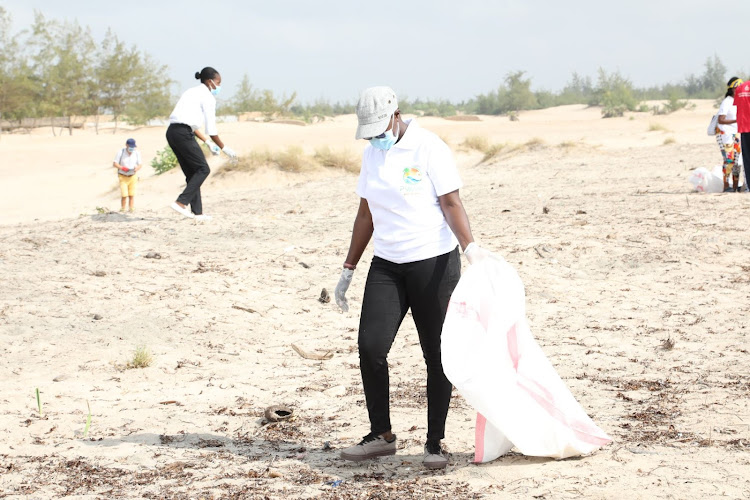 Tourism stakeholders in Malindi take part in the monthly clean up exercise along the beach
Image: ALPHONCE GARI

Malindi stakeholders have begun nurturing youth to tap into blue economy through innovation to empower them economically.

The stakeholders, under the umbrella of the Progress Welfare Association, have begun engaging some youth groups to take part in their monthly cleanup in the town and beaches.

Through waste collection, the youth are able to sell plastics collected and earn income that supports them in their education.

Other youth groups have even gone a notch higher to begin making products from the waste collected and are making products such as handbags, mats, among others that are being exported.

Michael Nzuki the director Anzuki recycle designers, a company that makes leather shoes among other products, said he came up with the idea to make useful products and make the environment clean.

Speaking during the monthly clean-up organised by PWAM at the Ocean beach resort beach area towards Sabaki river, he said the tyres when dumped act as breeding grounds for mosquitoes.

“We thought of a way to reduce the spread of mosquitos and began using the tyres to make shoes, like this pair, we used leather jackets on the top part while the sole is made from car tyres,” he said.

Due to their efforts, he said in the whole of Malindi town there are no car tyres dumped because they are a source of income.

He also came up with beach cleaning by collecting plastics with children from a local village, Mijikenda, which were sold to Watamu recycling plant but nowadays the plastics are sold in town.

Nzuki got one client who was buying his shoes and after seeing his innovation paid  Sh100more for each pair  to support the education of the children who were collecting plastics.

“We thought it wise to make the beaches clean and ensure the marine life is safe,” he said.

Currently, he said there are 12 girls in the programme whose fees are paid and he supports them with uniforms and other school items.

Evaline Salama a Class 7 pupil from Maziwani primary said they joined hands with Nzuki three years ago and began collecting plastics to keep the environment clean and make the beaches attractive to tourists.

She said they began by collecting plastics and sending them to the recycling plant where they were weighed and got money before a tourist offered to facilitate their fees.

“Right now, I know the importance of conserving the environment, I can clean without being supervised by anyone,” she said.

PWAM chairperson Kate Mwikali said their idea was community collaboration through garbage collection which has brought different ideas and innovations, adding that through the blue economy aspect they have seen innovations where people make products out of recycled products.

She showed a bag made from used engine oil containers which are done by a group of women in Mamburui who have a contract with a designer fashion house in Italy.

Mwikali said through the beach cleaning, school children have benefitted from the exercise by selling the plastics to get money for fees, food buying clothes among others.

“Through that, you can see it is not only transfer of information and knowledge but we are also grooming the children into becoming innovative young adults who will not be always be saying serikali saidia because they already have the ideas,” he said.

Mwikali appealed to donors of blue economic funds and the government to begin funding schools, women groups, and youth to begin innovations from an early age by training them on creating awareness and recycling.

He said the clean-ups have been done for over two years and it's time to take it to another level, adding that donors can support the recycling projects to create jobs for the youth and women.

“I am calling upon the organisations out there local and international to come and support what the young people are doing here,” he said.

Malindi rugby team manager Rif Arez said they take part in cleaning to ensure the resort town is clean and to improve the outlook of their beach.

Malindi Assistant County Commissioner 1  Angela Wanyama said the programme started because the community wanted to take responsibility for the environment. 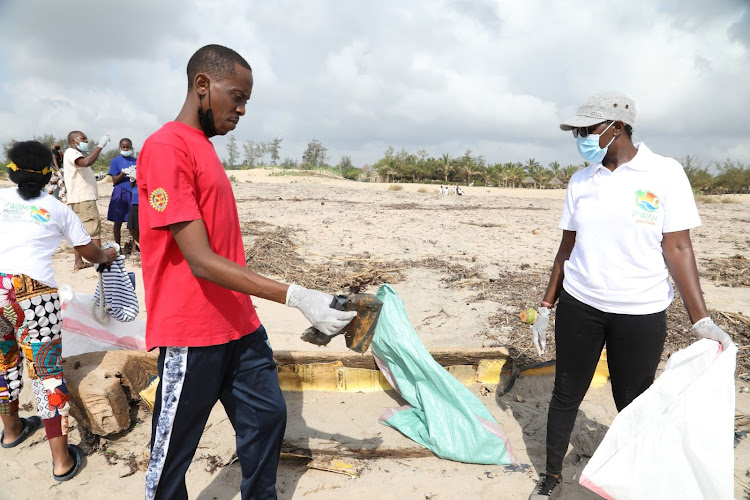 Tourism stakeholders take part in the Malindi monthly clean up along the beach
Image: ALPHONCE GARI 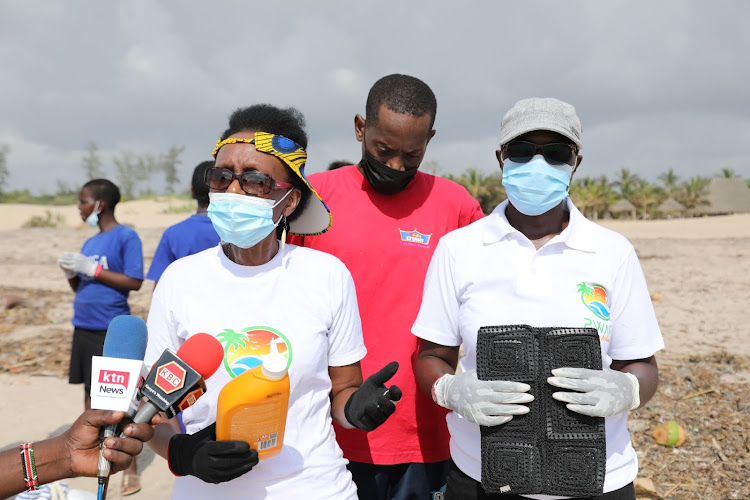