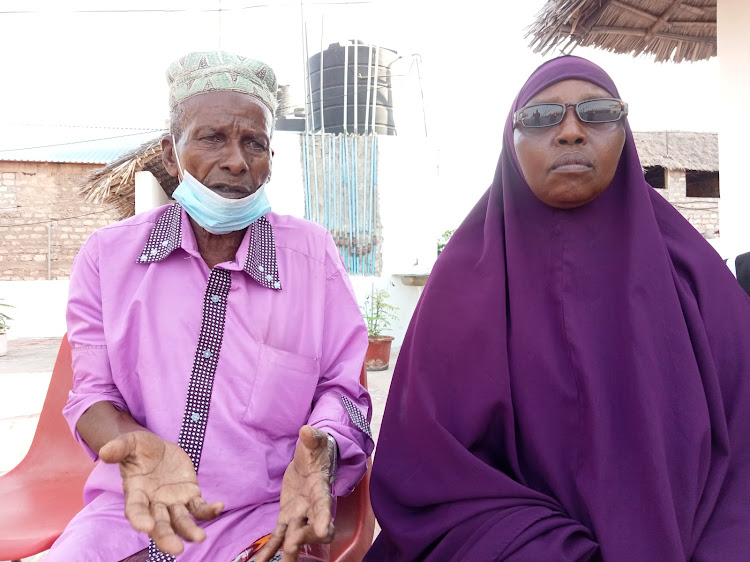 The Boni minority community in Lamu wants the government to include them in budgetary allocations for the Operation Amani Boni to cushion them from poverty and hunger.

They want the government to set aside funds for the sustenance of the community until the day the security operation will be called off.

The operation was launched in 2015 with the objective of flushing out al Shabaab militants believed to be hiding inside the forest and was initially planned to last only 90 days.

It was however extended indefinitely after the militia threat in the region became clear. Since the operation centred around Boni forest, a major source of livelihood for the Boni community, the forest was cordoned off and declared a no-go zone.

The Bonis are among Kenya’s last forest communities and are traditionally hunters and gatherers with the Boni forest being their lifeline.

The forest is a biodiversity haven rich in edible plants, wildlife and birds that have been food for this community for ages.

As per initial arrangements between the state and the Boni community, the government was to support the community through provision of food and other humanitarian assistance now that that they had been banned from accessing the forest.

The Boni villages of Pandanguo, Bodhei, Milimani, Basuba, Mangai, Mararani, Sankuri, and Kiangwe which had now been declared part of the OAB zones, were now entirely dependent on the state for livelihoods.

Close to seven years later however, the community is crying foul alleging that the government had failed to keep its promise and had abandoned them.

They lamented that the security operation had stifled their economic activities more so after they were banned from venturing into the Boni forest.

The community spokesperson Ali Sharuti said they only received food aid from the state for a year after which the programme halted with no explanation leaving the Bonis in hunger.

Sharuti says a budget from the state would ensure the Bonis receive food and all other support needed to enable them live comfortably as they await to be allowed to fend for themselves inside the forest.

“The Bonis have nowhere else to go and we have no other source of livelihood apart from the forest which we can't access because of the operation. The operation doesn’t seem to end and so we ask that the government makes a budget to cater to our needs until it does,” Sharuti said.

The drought ravaging many parts of Lamu have made it hard for the community to make any meaningful harvests.

“The crops died and the water sources too dried up. We need help,” he said.

Boni elder Noya Abuli accused the government of putting too much emphasis on security without paying attention to other sectors that were being stifled as a result.

The education, health, transport and agriculture sectors in Boni areas have been immensely affected majorly by insecurity in the region, rendering the community poorer.

“There are no hospitals in our areas, no schools and bad roads yet all effort seems to be on security alone. Security is useless if these other sectors are not functioning. We want the double standards to stop,” Abuli said.

The areas have recorded increased maternal and infant deaths due to the lack of health facilities with patients being forced to travel hundreds of kilometres to the King Fahad hospital in Lamu island for medical care.

According to Khadija Gurba, a woman community leader of the Boni, poverty levels in the community have gone up since the operation begun.

She called for the reopening of schools and dispensaries in the areas that have remained closed since 2014, at the peak of terror attacks in the region.

“Most of the suffering is because of lack of medical care, food and schools for our children,” she said.

The community also wants minimal access to the sections of the Boni forest so that they can hunt and gather food and water.

The Boni forest is renowned for its fresh water springs, which is among the reasons why militants have preferred to set up camps inside.

“Further, we are collaborating with other stakeholders like the Kenya Red Cross Society in undertaking projects aimed at diversifying livelihoods among the Boni people. They are highly encouraged to start small-scale farming and livestock keeping,” Macharia said. 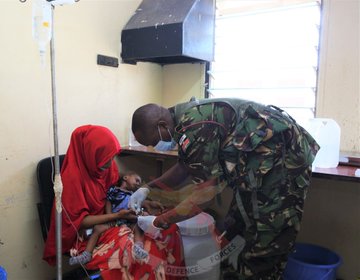 A KDF soldier attends to a patient during one of their many medical camps in Boni areas.
Image: CHETI PRAXIDES 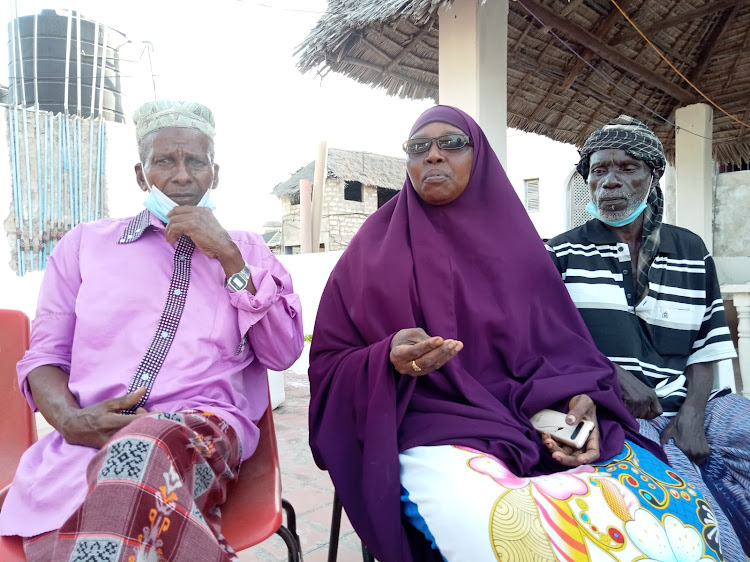