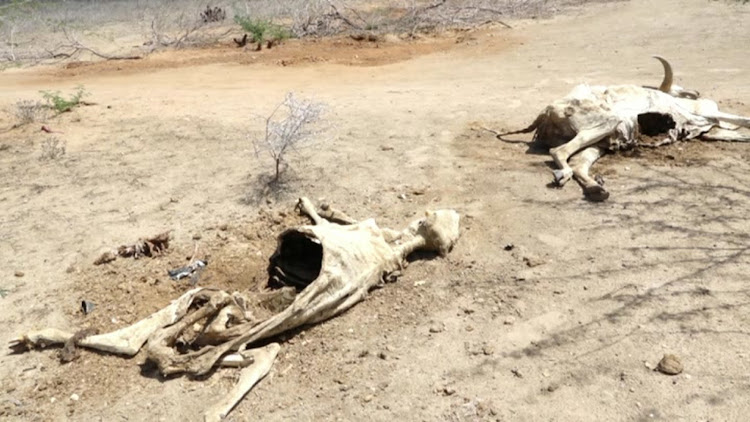 Some of the animals that died in Tana Delta as a result of drought that has hit the county and many parts of the country
Image: ALPHONCE GARI 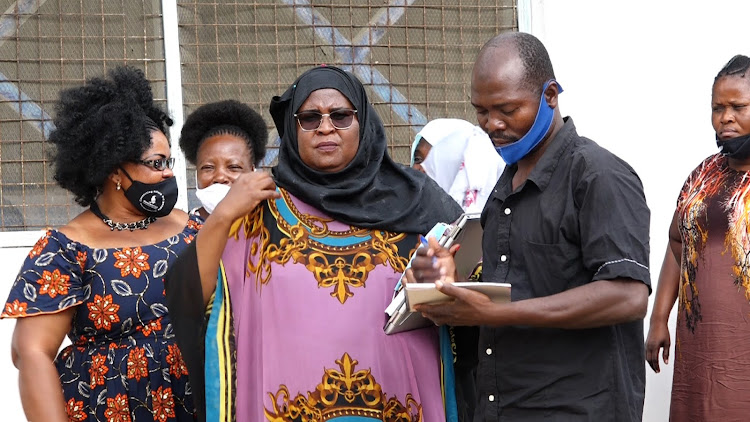 Drought has affected the restoration of the Tana Delta ecosystem even as conservationists heighten empowerment of residents to conserve the Ramsa site.

Local conservationists said lack of rainfall has affected their efforts in conservation as the thousands of seedlings they planted died and only those along the river banks survived.

Speaking during a training organised by Nature Kenya as part of their restoration plan, Pastor Peter Ndege, the secretary Salama Water Resource Users Association, said there are many challenges as pastoralists do not have pastures and have now begun cutting down trees to feed their animals.

"For the last 24 years, our river gets water only during floods and dries up later, the trees that were along the area are being destroyed and we are trying to sensitise residents to ensure they understand the importance of conservation," he said.

"The restoration programme is now challenging, because of the drought we are forced to concentrate more on how our animals will survive to remain alive," he said.

Abdi said he had 39 cows but is now left with only eight as the others died as a result of the drought.

Mary Haibo from Lake Shakababo WRUA said seeds did not germinate because of drought and recruiting new members is a challenge because people claim they have no money to contribute Sh200 per month for the association.

Ozi KIlelengwani WRUA chairman Ricky Mwamure said they have a  seedlings planting project and have over 2,500 seeds but they plan to increase the seedlings.

The delta, which is globally recognised as Ramsa Site, has for years been facing many challenges due to the destruction of natural resources such as wetlands, forests due to pressure from animals and humans.

Rudolf Makhamu, the Forest Landscape Restoration Initiative Project coordinator Nature Kenya, said they organised the three-day training for the WRUAs and Community Forest Associations to enhance the effectiveness of WRUAs in undertaking their roles and mandates in conservation and sustainable use of water resources.

"The objective of the training is to identify and elaborate on the government offices/institutions with a mandate to work with and support WRUAs in the water and associated sectors, Sensitise WRUAs on the services they are entitled to receive from mandated offices/institutions, and guide them on how to access these services," he said.

Nature Kenya has been working in the Tanadelta for over 12 years with a view to helping the community in conservation efforts.

He said the restoration project will help manage 48,000 hectares of forest within the delta through the forest act approach.

George Odera who is in charge of  Nature Kenya in Tanadelta said the restoration project funded by GEF and UN through the government of Kenya, is aimed at restoring some of the degraded landscapes within the Tana delta including forest areas, mangroves, river forests, grasslands, and farmlands.

He said they work with the county government to establish policy and that they have developed a forest landscape restoration action plan and forest policies for Lamu and Tana River counties.

Odera said their target is the entire Tanadelta which has over 130,000 people and is involving everyone who cares about the environment.

Tana River CEC Member for Agriculture Mwanajuma Hirbae said they have come up with a new system of farming called Hydroponic farming that uses little soil and water, and produces crops that have no chemicals as opposed to those planted on normal land.

"As a government, we welcome all stakeholders who will come to help in coming up with sustainable developments that will not affect the environment," she said. 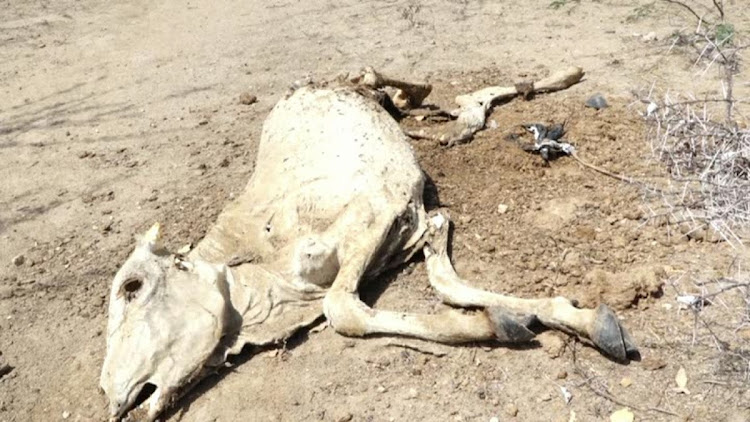 Some of the animals that died in Tanadelta as a result of drought that has hit the county and many parts of the country
Image: image: ALPHONCE GARI 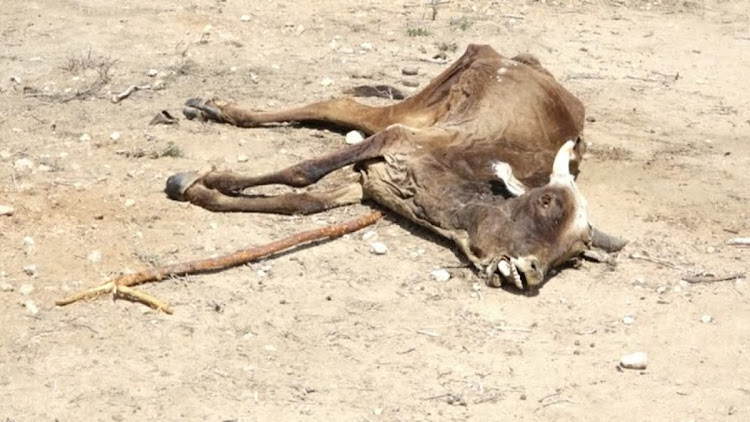 Some of the animals that died in Tanadelta as a result of drought that has hit the county and many parts of the country
Image: image: ALPHONCE GARI
by ALPHONCE GARI Correspondent, Coast Region
Coast
07 December 2021 - 22:00