•Over 70,000 people have been affected by the drought following the failed rains in October and November.

•The Meteorological Department has projected depressed rainfall in December in Taita Taveta. 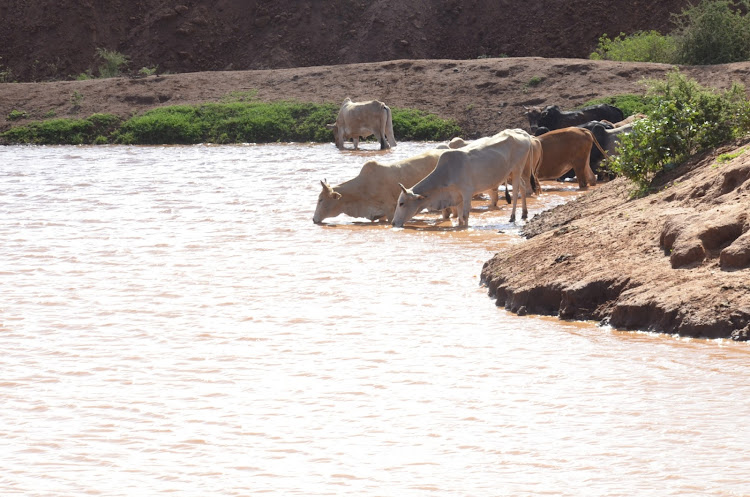 DROUGHT: A herd of cattle drinking water at Ufunuo water pan in Kasighau, Taita Taveta in March. Water pans in the region have dried up due to ravaging drought
Image: SOLOMON MUINGI

Hundreds of livestock in Taita Taveta have died due to prolonged drought in the region.

The county is among the 23 classified as arid and semi-arid lands.

According to the National Drought Management Authority report, over 2,071 cattle, 451 sheep and 265 goats have died since October.

Mackinnon Road headers chairman Mohammed Noor said most cattle have died in their productive age and it's a big loss to the herding community.

He said headers had lost cattle and goats worth Sh28 million.

They are now calling upon the government and humanitarian organisations to help them get relief supplies and save the remaining animals. 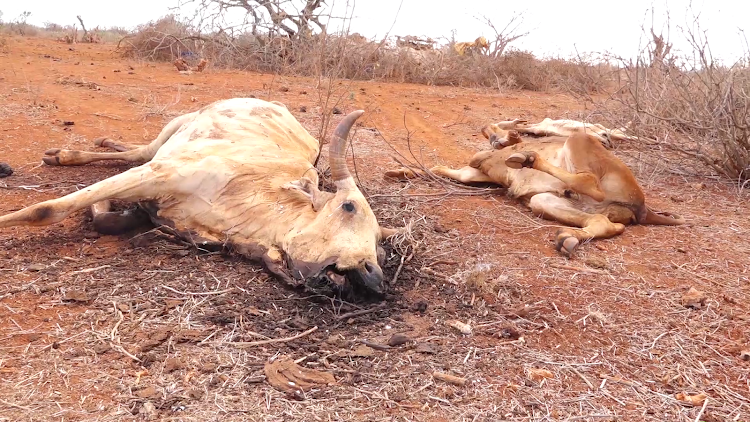 Noor said they last received short rains in March but it did not produce enough pasture.

Out of a flock of 360 cattle, he has remained with barely 60 cattle.

The livestock deaths have been reported in Mata ward, Taveta subcounty, Maktau and Kamtonga in Mwatate.

He said they are now forced to buy animal feeds to sustain the remaining livestock and many herders are unable to afford the feed.

“This is a bad year for us. If no intervention is taken, we might be left without a single animal. Politicians should stop campaigning and help Kenyans battling drought,” Dickson Mlale, a herder in Marungu said.

Mlale said farmers have lost hope as their livestock continue to die and the drought is likely to wipe out all the animals in drought-hit areas. 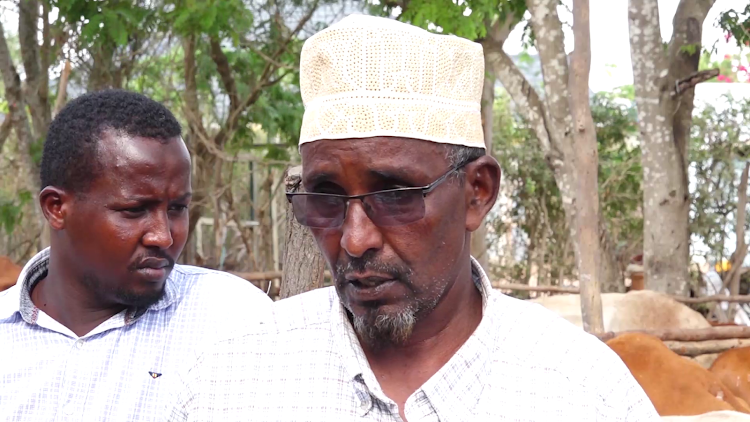 Over 70,000 people have been affected by the drought following the failed rains in October and November.

The Meteorological Department has projected depressed rainfall in December in Taita Taveta.

Delay in the onset of the October-November-December rain season in many parts of the country indicates the current drought may continue.

The Met county director Robinson Asira said most parts of the country are likely to experience a below-average rainfall thus hindering crop production.

“Farmers should opt for drought-tolerant crops since there is the likelihood of inadequate rainfall. Overstocking should be discouraged to reduce animals loss,” Asira said.

The drought has triggered human-wildlife conflict cases as animals from Tsavo East and West national parks cross over to the communities in search of water.

The situation has been worsened by the Covid-19 pandemic. Several households’ incomes have been reduced due to the containment measures that were put in place.

In September, President Uhuru Kenyatta declared the drought affecting parts of the country a national disaster.

The government said at least two million Kenyans from 10 counties have been affected by drought.

The number of Kenyans facing acute hunger is projected to rise to 2.4 million by January next year.