•The women hope that someday their husbands will come back home.

•Nyumba Kumi elders have been assembling a list of names of men who have abandoned their families to take legal action against them and compel them to take care of their families. 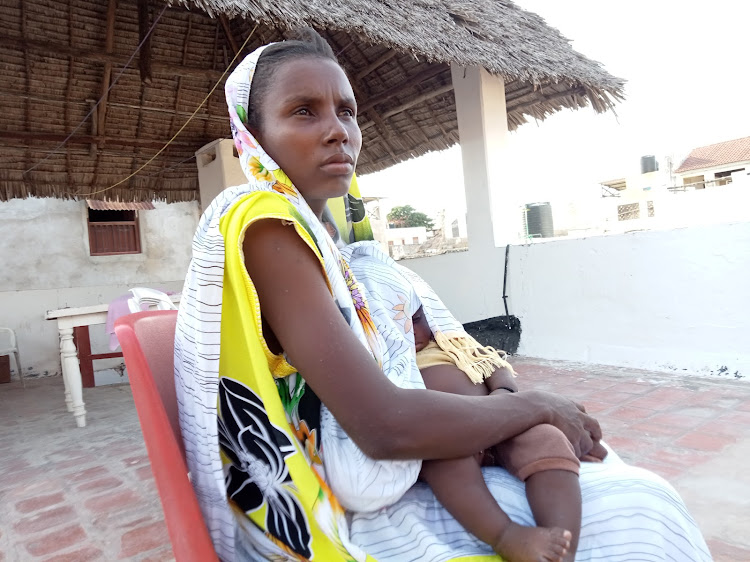 The drought in Lamu is so dire that men in some parts  have reportedly fled from their homes for being able to provide for their families.

Tindi Kale, 24-year-old and a mother of four, has not seen her husband four months after he left home. He promised to find a job and fend for his family.

Kale says her husband’s phone was switched off immediately he left home and she worries that he has started a new life somewhere in a different part of Lamu.

She is unable to fend for herself and her four young children and survives on handouts by well-wishers.

Kale, who comes from Kiangwe, a Boni village on the Lamu-Somalia border, says the drought has made it hard for communities in her areas to find food and water.

Her husband was a hunter but with the drought, it became impossible for him to make any meaningful hunt and would return home empty-handed.

“He would complain that he is ashamed of being unable to provide for us but I told him things would be okay and the drought would soon pass,”  Kale said.

She says she has nothing else to do but beg until her husband hopefully remembers them and comes back home.

“He woke up one day and said someone had offered him a job in Lamu but he didn’t say exact place. It’s been four months now. We have no food and I feel it's unfair that he would abandon us at such a time,” she says.

Kale’s case is just among many others that have been reported in areas like Mangai, Kiangwe, Mararani, Witu and other areas that are hard-hit by the drought.

Women and children have been abandoned by men who upon realizing they can no longer provide for their families, have fled never to return.

These women have been forced to be breadwinners.

These areas have also witnessed thousands of deaths of livestock.

Residents are emaciated and weak.

In Mararani village, 32-year-old Huno Aawa, a mother of five is a distraught woman after her husband, a honey-harvester woke up in the middle of the night and left the family last month.

Because of drought, the honey venture stalled and bees fled due to lack of water.

“We were sleeping, I heard him wake up and thought he was going to ease himself but he never came back. I called him but he was nowhere to be found. In the morning I discovered his clothes and documents were missing. His friends said he found a job,”  Aaawa said.

Her husband’s mobile phone has been switched off ever since and she feels abandoned.

She says her husband had complained of seeing his children suffer.

“He would constantly say he was sad that his kids don’t have food and he cannot help them. I would encourage him but he still left, she says.

Ushindi Hinzano’s husband bade her goodbye in their Sheem Gambo village home and said he was going to find a casual job at the Lamu Port.

It has been two months now since her husband Kalama Mkweha, a father of six left and has never returned.

“For the two months he has been away, he has not picked my calls. Some of our children are in primary school and I cannot sustain their basic needs. I heard he is in Lamu Island,” Ushindi said.

The women hope that someday their husbands will come back home.

Nyumba Kumi elders have been assembling a list of names of men who have abandoned their families to take legal action against them and compel them to take care of their families. 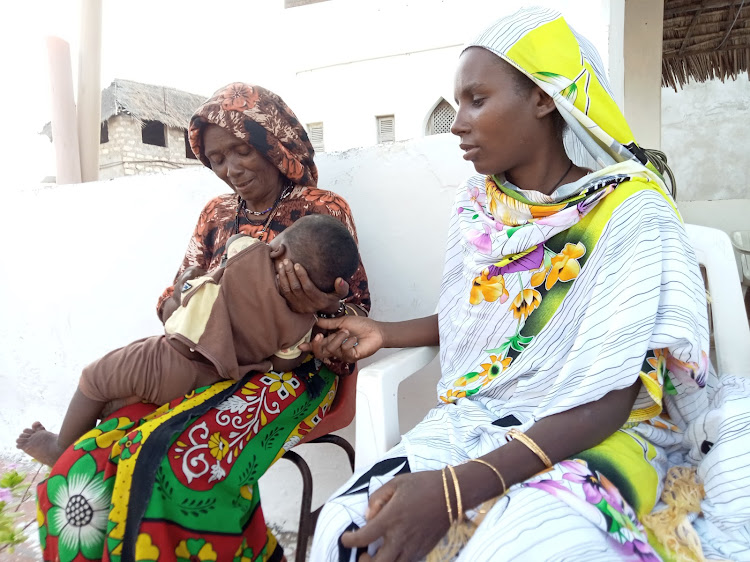