Allowing Kenyans to work in Gulf is slavery — Atwoli

•His sentiments came after Labour CS Simon Chelugui said Kenya is working to have bilateral agreements with the Gulf countries to protect migrant workers. 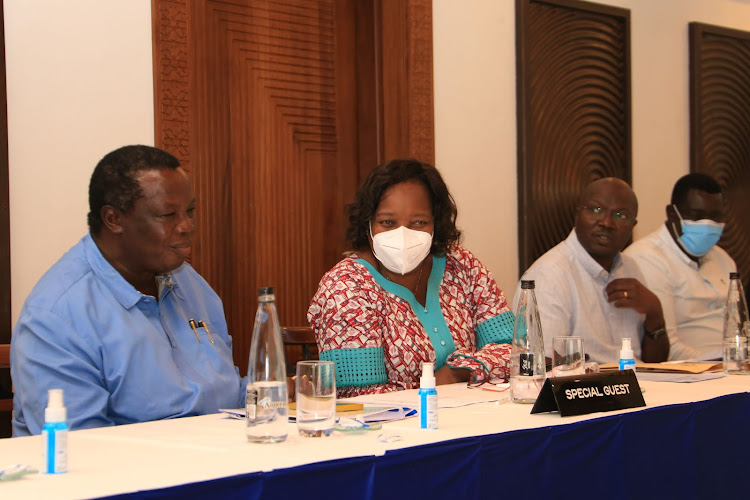 He spoke on Monday during the 17th African Regional Labour Administration Centre meeting at Whitesands Hotel in Mombasa.

His sentiments came after Labour CS Simon Chelugui said Kenya is working to have bilateral agreements with the Gulf countries to protect migrant workers.

He said the relationship that Kenya has with the destination markets is not a favour.

“We are offering services and they are benefitting. Our migrant workers deserve to be treated fairly,” Chelugui said.

He was the chief guest at the ARLAC meeting.

“This has benefitted our people socioeconomically,” Chelugui said.

He however said upholding human rights remains the government’s priority to protect Kenyans in foreign lands.

He ruled out the banning of Kenyan migrant workers saying such has been done before and did not stop the problem.

“As we address those challenges, we have to be conscious and aware of the implication of impulsive and erratic decisions,” Chelugui said.

He said a ban has been suggested thrice.

Ex-Saudi workers to migrants: ‘Pray you do not get in trouble’

The CS said Kenyans will look for alternative routes to the Gulf nations and work there without the government's knowledge.

He said there are signs that the single nation that is yet to sign bilateral agreements with Kenya over the treatment of Kenyan migrant workers will work.

However, Atwoli said Jomo Kenyatta International Airport receives a lot of young Kenyan bodies who have been killed while working under oppressive conditions in the Gulf nations.

“The government says Kenya receives a lot of money from the Gulf nations from Kenyans working there but in what environment are those Kenyans working?” Atwoli posed.

“It is better the country remains poor but protects its citizens. All countries in the world prioritise the safety of their citizens in foreign lands.”

He said recruitment agents, should be removed from the equation when Kenyans want to work abroad.

“It should be on a government to government basis. Let’s remove these labour or recruitment agents,” the Cotu boss said.

Chelugui said the challenge of Kenyans being mistreated in about seven Gulf nations is real but the government has been engaging with the authorities in those nations to address the issues.

The challenges include being denied food, subjected to long working hours without rest, having their documents confiscated, among others.

“Through talks with the nations’ ambassadors in Kenya, we have reduced the oppression in all the countries except one with which we are still holding talks,” the CS said.

He said on December 19, he will be accompanied by Foreign Affairs CS Monica Juma to Saudi Arabia to hold discussions with the Saudi authorities over the mistreatment of Kenyans working there.

Chelugui said out of the over 104,000 Kenyans working in the Gulf nations, only about four per cent suffer mistreatment.

“They are doing a good job, get their pay and are happy. We need to deal with the challenges the few are getting,” the CS said. 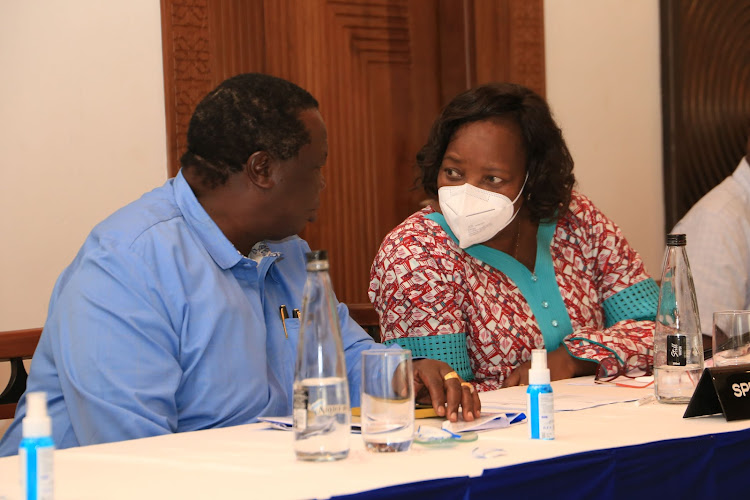 The meeting was attended by 12 out of the 19 member states of ARLAC based in Harare, Zimbabwe.

Atwoli said ARLAC should train more labour officers and inspectors to guard against the abuse of workers.

“That is why ARLAC should be funded more,” the Cotu boss said.

He lauded the government for the recent employment of 50 labour officers.

CS Chelugui said African countries have to come together to ensure their citizens are treated with dignity and respect whenever they go to work abroad.

“We have to ensure they are respected and their work compensated equally with the citizens of the countries they work in,” Chelugui said.

The CS said African governments must make it easier and more attractive to work in Africa as opposed to working in other continents.

He said this will enhance the ambitions of African countries to increase intra-country trade.