They will use their rent as instalments to buy the units they live in.

•Tenants will use the rent payable as instalments in purchasing the units they live in.

•The Buxton estate residents moved out in March to pave way for the construction of 1,860 new units to replace the 545 old and dilapidated ones. 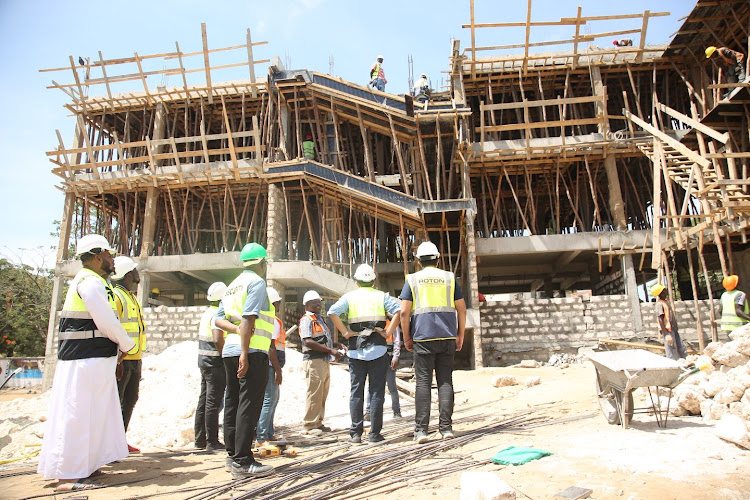 The Buxton Point developer has agreed to demands for a tenant purchase scheme in the new housing project.

Tenants will use their rent as instalments to buy the units they live in.

Businessman Suleiman Shahbal on Monday toured the project, which is on its third floor of construction.

“For those who used to live here, I am working with Governor Joho to start that tenant purchase scheme so they can use their rent to own the houses,” Shahbal said.

He said the naysayers and pessimists have realised it's possible to have decent affordable houses in Mombasa.

“Many thought the project would not be possible but it's developing,” Shahbal said.

The Buxton estate residents, who moved out in March to pave way for the construction of 1,860 new units to replace the 545 old and dilapidated ones, have been demanding a tenant purchase scheme.

The project is expected to be completed by June next year.

Led by the Buxton Residents Welfare Association chairman Chai Mbaru and deputy secretary general John Tsuma, the residents, mostly retirees, said they could not afford units with the previous terms and conditions.

On June 5, the residents were told they would be prioritised and given special terms for payment including paying a deposit of 10 per cent of their preferred units, payable over six months.

Other clients interested in the units will pay a 20 per cent deposit instead.

The residents were to receive a relocation package of Sh300,000 but the developer retained Sh60,000 as deposits for the new units on behalf of the residents.

In June, Mbaru said they were required to complete the payment of the balance for their preferred units in two years.

On Monday, Shahbal said they will ensure the new units are affordable.

“Buxton is the start of a new Mombasa,” he said.

The businessman said when he took up the project, friends and relatives doubted him.

“They warned me against the project, saying it will mess my political ambitions. Despite the warnings, started the project, which is currently the largest in the country,” Shahbal said.

“I believed the Buxton Project will be the beginning of the new face of Mombasa.”

He said the old Buxton was built in the ’70s and without maintenance, it was rendered unfit for human habitation.

“Mombasa Island is full of old houses that can easily be converted into nice decent low-cost housing. I detest the ugly stuff I see coming up in Nairobi. Buxton is low rise tastefully done,”  Hersi said.

He said he was anxious and doubtful of the project when it took longer to start.

Hersi said he supports any project that is for the common good of the people and considers Buxton one such project.

“I am not surprised that the noise that was coming from various quarters is dying and I can’t wait to see this project become a reality,” he said.

“Let Buxton Point be the turning point for public housing in Mombasa and be a benchmark for the rest of Kenya.” 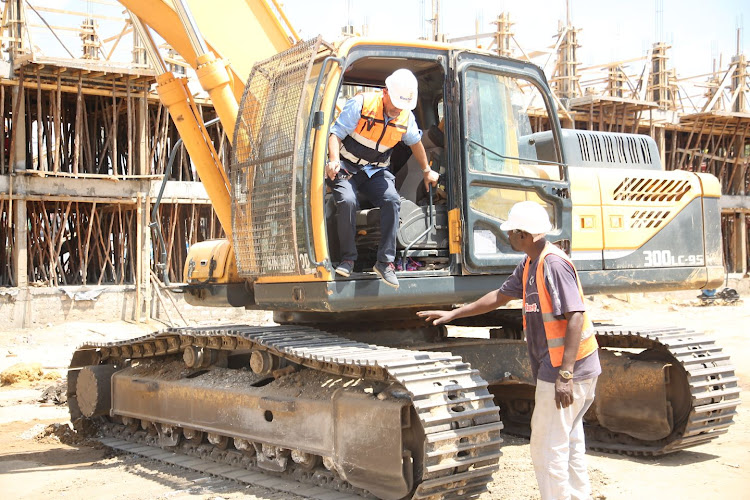 GETTING DOWN TO WORK Businessman Suleiman Shahbal in a tour of the Buxton Affordable Housing project on Monday.
Image: BRIAN OTIENO 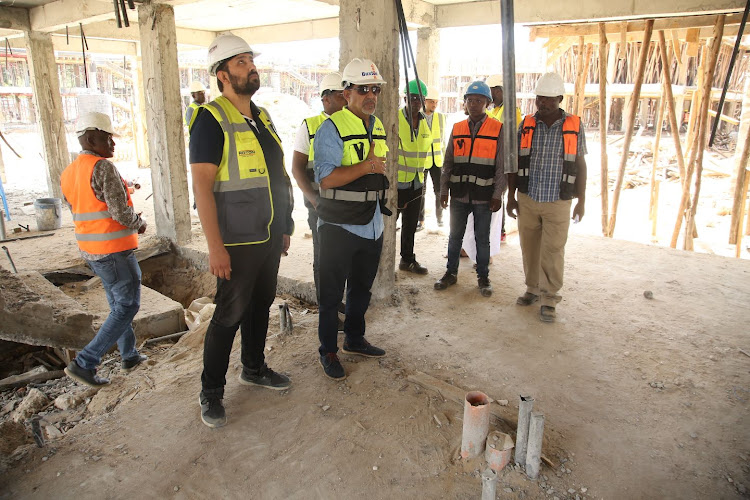 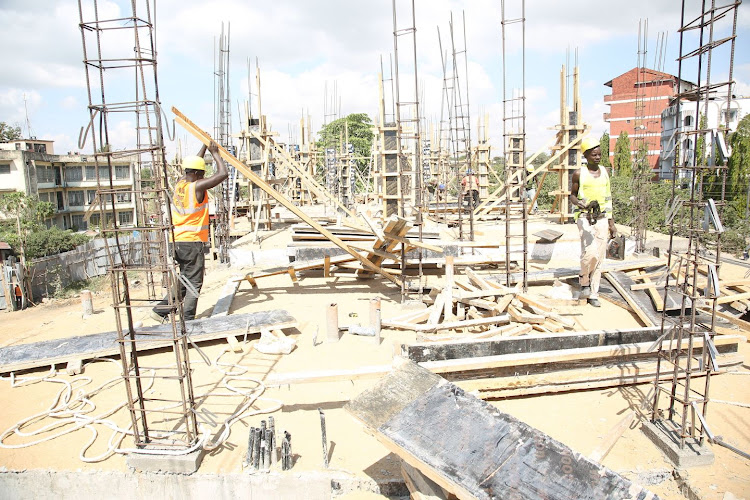 GOING UP Works on the third floor of the Buxton Affordable Housing project on Monday.
Image: BRIAN OTIENO 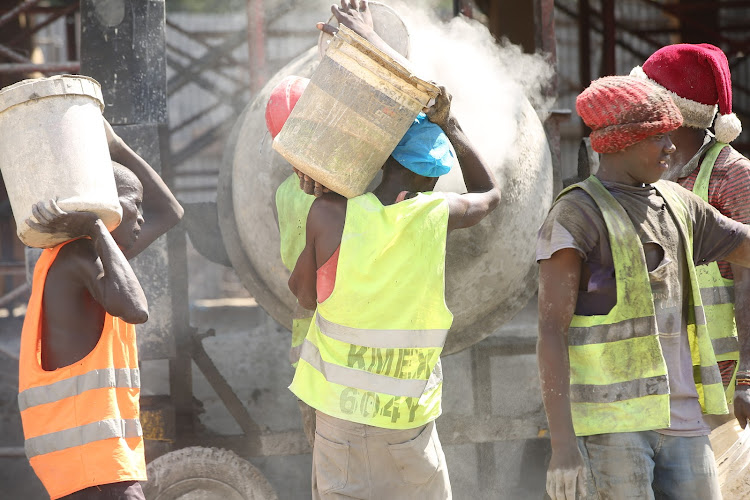 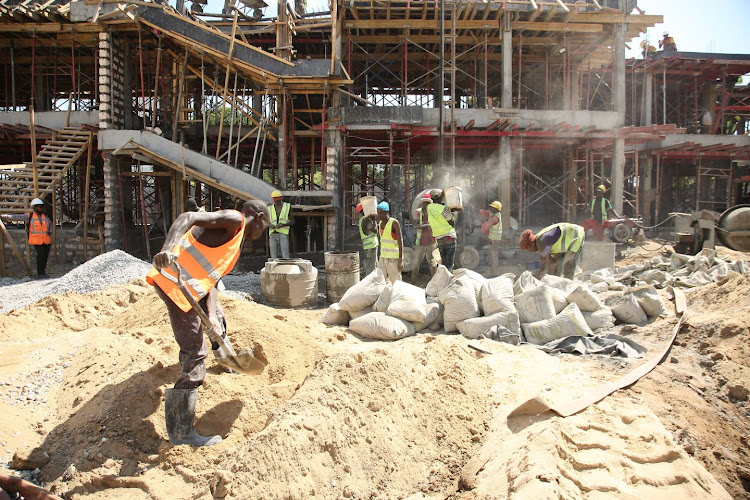 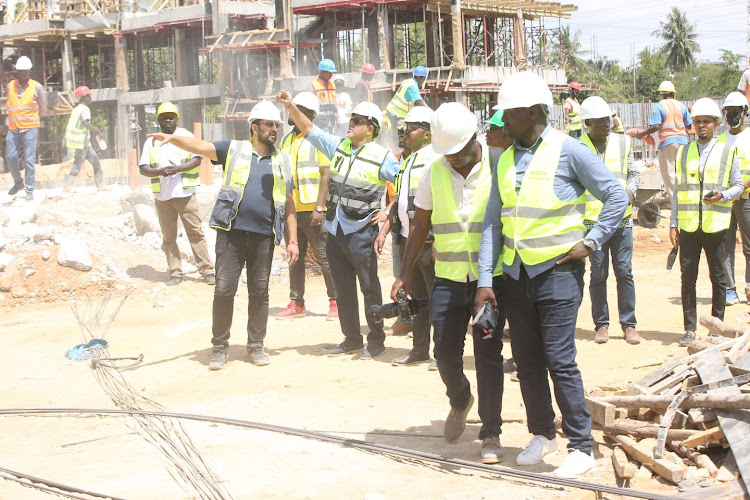