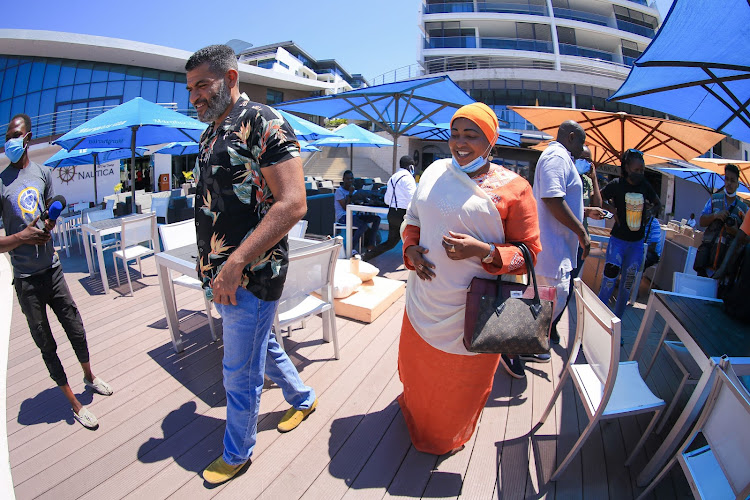 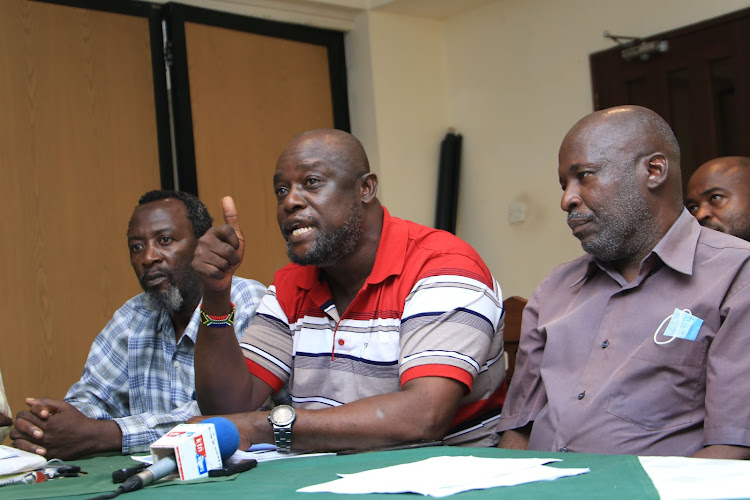 The leaders from different political parties say their own are being hounded by cartels that want to be in full control of the giant authority.

The latest case is that of general manager operations Sudi Mwasinago, who is said to be under probe over cargo smuggling and tax evasion.

The DCI wants him to step aside.

However, Coast leaders say the probe is a tactic to intimidate Mwasinago into signing a Sh3 billion tender that the cartels want and he has refused to do.

On Sunday, Mvita MP Abdulswamad Nassir said there appeared to be a sinister plot to get Mwasinago out of the way so as to have "something big" passed illegally through the port.

He said the law says one can only step aside once they are charged in court.

The MP said Mwasinago was not in office when the containers were stolen, the genesis of the investigations.

“We know there is a problem. Even Sudi was brought back to Mombasa under instructions to sign a certain tender, the same tender that forced his colleague out of office,” Chengo said.

“Well connected cartels have colluded and want to eat the more than Sh3 billion. That is why he I is now being victimised.”

In a letter to the National Treasury CS Ukur Yatani dated November 11, the DCI said they conducted investigations covering the period between June 2021 and September 2021 and found evidence of illegal activity of container smuggling and tax evasion executed by port managers in cahoots with importers and Container Freight Stations.

Through the letter signed by John Gachomo on behalf of DCI boss George Kinoti, the detectives advised that Mwasinago and KPA acting principal officer ship operations Evans Akunava step aside.

“They are prime suspects and bear the greatest responsibility according to evidence in our possession,” Gachomo said.

The DCI said the two have access to the material and data under investigation and could interfere with crucial forensic evidence.

“Their continuous stay in office will be highly prejudicial to the investigations and could render the entire process a nullity,” wrote the DCI.

But Mboko said Mwasinago’s reign at the helm has seen the port operations smoothen, with congestion reduced significantly.

Chengo, former Msambweni MP Abdalla Ngozi, Kadu Asili’s Kombora Korokoro, UDP’s Mkala Chitavi among others, said the call for the two to step aside is premature and calculated to paint Mwasinago in bad light.

“I have been in the same position as Sudi right now and I was also hounded in the same manner,” said Ngozi, who at one point was the general manager operations at the Mombasa port.

The ex-MP said levelling allegations against Mwasinago are a fabrication aimed at tainting his character and professionalism.

“It is common knowledge that KPA does not levy taxes and this is the sole mandate of Kenya Revenue Authority,” Ngozi said.

United Democratic Party’s Chitavi said Mwasinago has been cooperative with the DCI, who, he added, do not have sufficient evidence.

According to the letter to CS Yatani, the DCI recommended a further in-depth investigations covering areas that have been identified prone to abuse.

Chitavi said: “The standard procedure is that one steps aside once the DCI has sufficient evidence and the DPP has authorised the prosecution. Mwasinago’s rights should be respected.”