Over 6000 livestock mostly cattle have died in Lamu since the start of the drought. 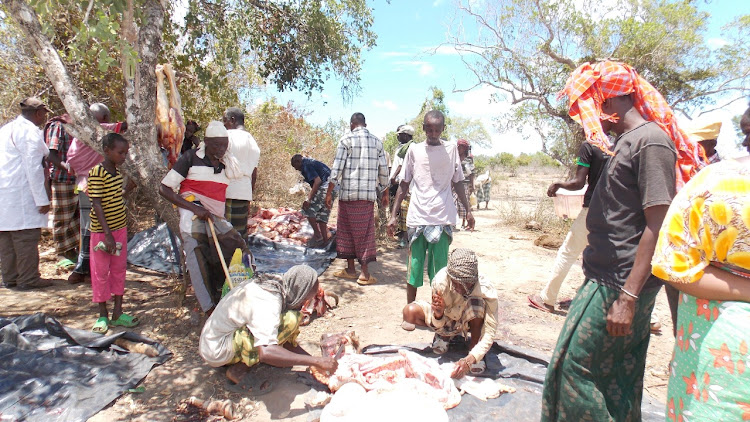 The county government of Lamu has urged the state department of livestock to prioritize Lamu in the ongoing livestock offtake program as the drought persists.

The county Executive for Trade and Industrialization Josephat Musembi that the October-December weather forecast for short rains projects below-average rainfall for the eastern and northern counties, a situation that could result in massive livestock losses.

The planned Sh30 million slaughter-to-destock program in Lamu county targets over 10,000 livestock at risk of dying due to drought failed to take off as scheduled.

The exercise was to be undertaken by the National Drought Management Authority-NDMA Lamu office and was to commence in early October so as to avert more livestock deaths due to the situation following an announcement in September. 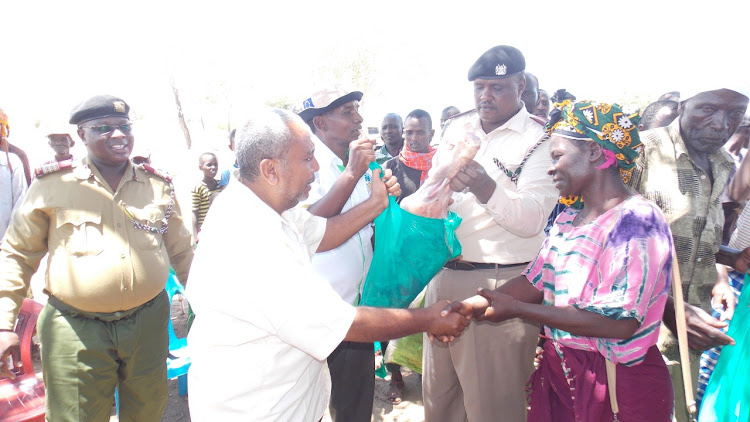 Locals receive chunks of meat from the NDMA in the 2019 slaughter-to-destock program in Lamu.
Image: CHETI PRAXIDES

A scheduled commercial offtake targeting at least 15,000 livestock mostly cattle in areas hard hit by the drought in the same month also failed to take off.

Over 6,000 livestock mostly cattle have died in Lamu since the start of the drought spell owing to depleted pasturelands and water.

Speaking during a consultative meeting between the Kenya Livestock Marketing Council and the Lamu County Government on Wednesday, Musembi noted that Lamu has always been the drought fallback area owing to the influx of thousands of livestock from neighbouring counties hence putting more pressure on already diminishing water and pasture resources.

He said there is a need for the government to purchase livestock from pastoralists as soon as possible before they all perish from the drought.

“All indications are that the drought is imminent in the coming weeks. We hope that the offtake of livestock will consider Lamu soonest so that all these animals don’t die,” said Musembi.

Musembi proposed the manufacturing of animal feeds in Lamu for posterity, citing the availability of raw materials as well as skilled and unskilled labour.

“Lamu county should be regarded a centre for animal feeds because of its extensive infrastructural development, such as the Lamu port, which connects to the global market, this will in future ensure availability of feeds despite climate change and uncertain weather patterns,” Musembi said. 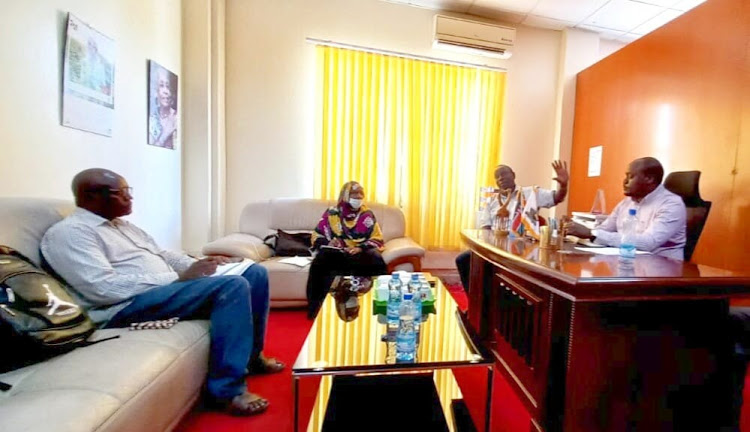 Lamu county Executive for Trade and Industralization during a consultative meeting with officials from the Kenya Livestock Marketing Council.
Image: CHETI PRAXIDES

The National Livestock Off-take Program was officially launched in Marsabit County on October 12, 2021, by the State Department of Livestock Principal Secretary Harry Kimutai, and will is to be replicated in nine other counties, including Mandera, Wajir, Kilifi, and Samburu, Turkana, Isiolo, Garissa, Lamu, and Kitui.

Musembi lauded the National Drought Management Authority and the Food and Agriculture Organization for collaborating with the Lamu county government to provide water and relief animal feeds as a mitigation effort to cushion residents against drought effects.

He said the county government will continue to fully support the livestock sector, particularly through continuous drought relief measures such as providing relief animal feeds, water, and livestock vaccination campaigns.