Too late. NDMA says mandate and funding handed to Ministry of Livestock instead of them. 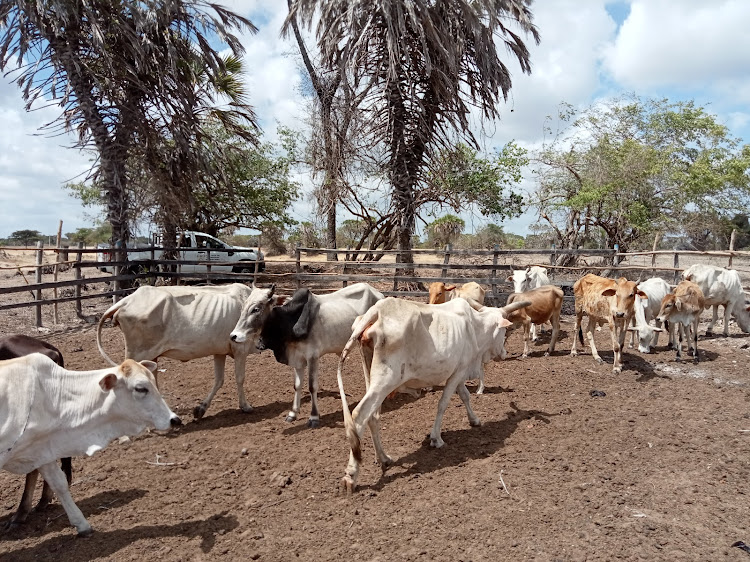 The planned Sh30 million slaughter-to-destock programme in Lamu has failed to take off.

The programme aimed to slaughter more than 10,000 livestock at risk of dying from drought.

The programme was to be undertaken by the National Drought Management Authority (NDMA) Lamu office. It was to begin in early October to avert more livestock deaths. It was announced in September.

A scheduled commercial offtake targeting at least 15,000 livestock, mostly cattle in areas hard hit by the drought in the same month, also failed to take off.

At least 25,000 pastoralist households had also been targeted for the National Livestock Insurance project to begin in December. 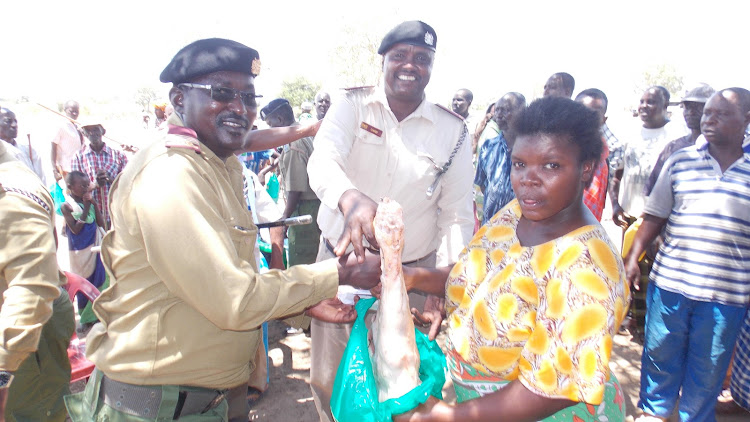 “October has come and gone and November is here but no one is telling us why the programme didn’t happen as planned. Meanwhile, our livestock is still dying,” Abdulla Dida of Koreni said.

More than 4,000 head of livestock, mostly cattle, have died in Lamu since the start of the drought.

Affected communities are appealing for animal feed, drugs, veterinary services and other measures to cushion them from further losses.

The pastoralists have also condemned the increasing invasion of grazing corridors by herders from Tana River and Garissa counties.

In a recent report by the Lamu County Steering Group-CSG-on Food Security, at least 200,000 head of livestock from Tana River and Garissa have invaded Lamu in search of water and pasture since the drought began.

Lamu pastoralists have urged the government to intervene and stop any further entry of the 'foreign' livestock before it becomes a fully fledged conflict.

Lamu county NDMA coordinator Mohamed Dahir said the delay was caused because the programmes had not been approved by the relevant ministry. 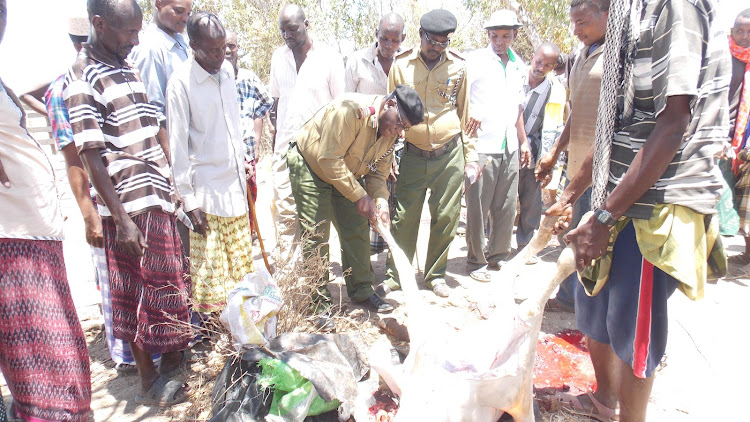 He said funds for drought-related issues had been channelled to the Ministry of Livestock .and not the NDMA, as has been the norm.

He said the authority and the Ministry of Livestock will be distributing free livestock feed this week. The Sh11.1 million programme targets 1,500 pastoralist households in Lamu.

“We recommended the programmes as part of drought mitigation measures in Lamu but they have not been approved.

"We have 5,600 bags of animal feed that we will start distributing," Dahir said.

Livestock owners have deplored the delay in the programme as livestock are dying in their hundreds from drought.

Pastoralist communities asked why the government had failed to begin the slaughter early and had not communicated with them. Hard-hit communities are from Koreni, Mkunumbi, Bar’goni, Pangani, Lumshi, Kitumbini, Nagelle, Chalaluma, Moa, Dide Waride, and Witu in Lamu west.

Programmes aim to reduce pressure on pasture and resources, thus reducing livestock deaths as a result of drought.

The slaughter-to-destock programme had been expected to save millions of shillings.

How a farmer solved problem of livestock dying in drought
Post a comment
WATCH: The latest videos from the Star
by CHETI PRAXIDES Correspondent, Kakamega Western Kenya
Coast
08 November 2021 - 22:00
Read The E-Paper