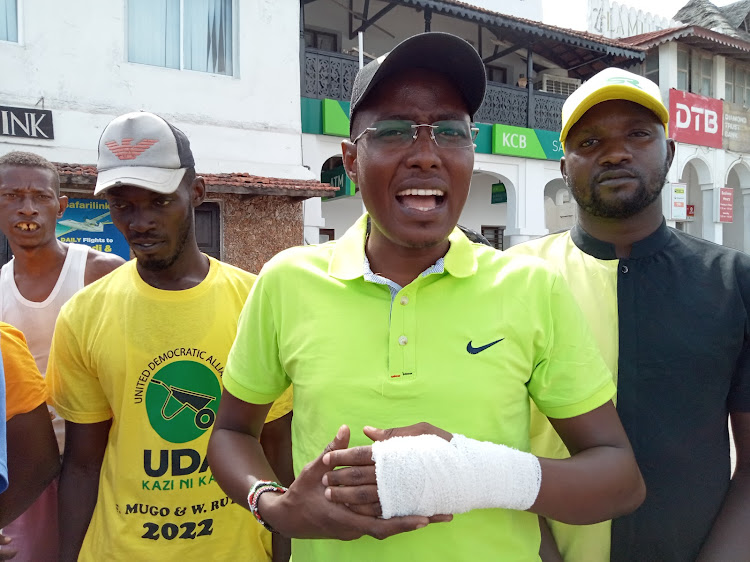 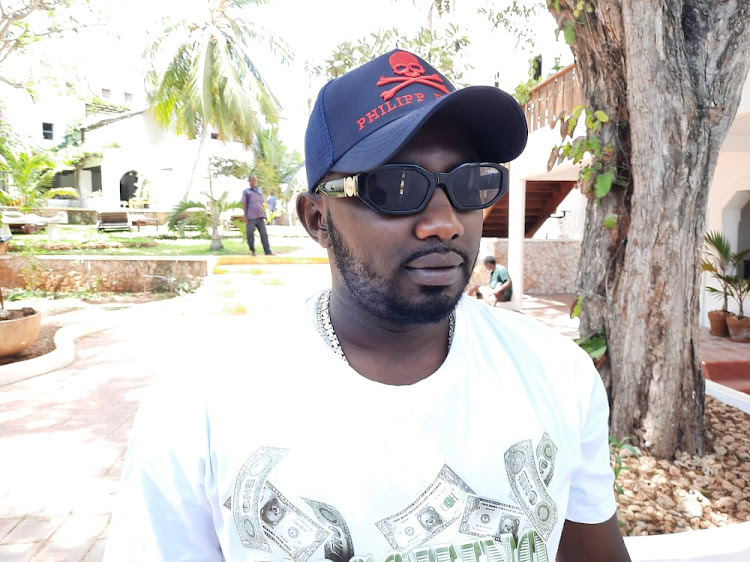 Lamu Senator Anwar Loitiptip has denied accusations of beating, harassing and injuring his 2022 opponent at the Manda Airport on Tuesday after Deputy President William Ruto's rally in the region.

Loitiptip is alleged to have attacked Francis Mugo, 32, with kicks and blows, leaving him with a broken wrist and bruises all over his body.

The incident happened shortly after the senator had just seen off Ruto at the airport.

The DP had been to Lamu to drum up support for his bottom-up economic model in Mpeketoni, Kizingitini before holding a final rally in the island's Mkunguni square.

Loitiptip is alleged to have attempted to drown Mugo into the Indian Ocean, but he was refrained by residents.

He is also said to have hit Mugo on the face, breaking his sunglasses and wounding him in both eyes after a glass particle hit the victim on the face.

The senator is also alleged to have confiscated Mugo’s Tecno Camon-17 phone before leaving the scene in a huff.

Both Liotiptip and Mugo are members of Ruto's UDA party and ardent supporters of the DP's bottom-up economic model.

Mugo is seeking to unseat Loitiptip in next year's elections.

He has since recorded a statement at the Lamu Central police station under OB Number 26/19/10/2021.

He was treated and discharged at both the Mpeketoni and Lamu King Fahad hospitals.

“They had to cast my hand and am lucky my eyes didn’t get damaged with what happened. It’s very embarrassing and frustrating that a leader can do this without any provocation at all. I don’t know why he did what he did but I hope the police will get to the bottom of it all. Let him give me back my phone too,” Mugo said.

But the senator has dismissed the claims, saying it is a fabrication and attempts at mudslinging by opponents.

He said the information was fake, malicious and incorrect.

He accused Mugo of gate-crashing an event he had organised for the DP.

“The man is just looking for sympathy and to tarnish my name but I just assume him. You can imagine how unfair it is for someone to come and gate-crash my function, then try to frame me,” Loitiptip said.

Mugo, a father of three from Mpeketoni in Lamu West constituency, has been gaining massive support since he declared he would be running for the Senate seat in the 2022 General Election.

Police in Lamu said they have launched investigations into the matter although no arrests have been made so far.

It is not the first time the senator has been accused of physical assault or being involved in one.

In June 2019, the senator was seriously injured after he was involved in a scuffle in a nightclub in Nairobi while in the company of Saumu Mbuvi.

Early this year, Saumu alleged the senator had physically assaulted her during the course of their relationship. 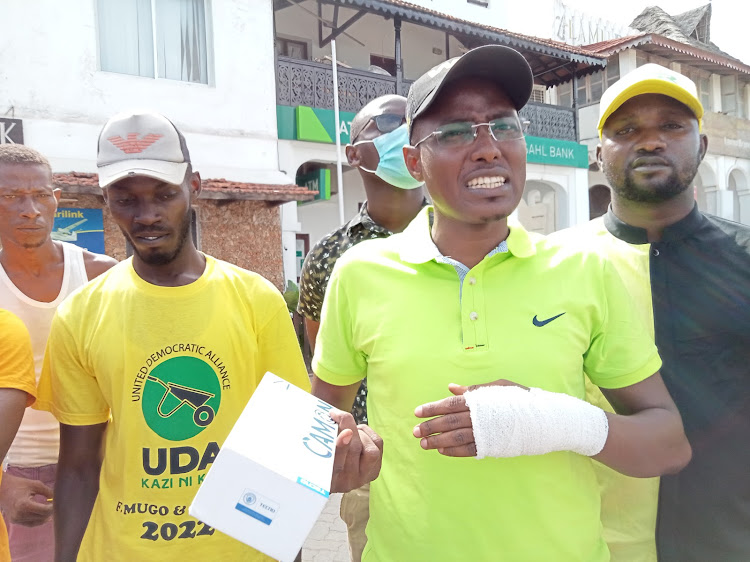