Kenya to sign labour deals with Qatar and Saudi Arabia

Four million Kenyans work abroad, with about 190,000 of them in Saudi Arabia alone.

• The CS said they had finalised the agreement with Qatar and would soon head to Saudi Arabia to review the existing agreements.

• He said the ministry is working on a proposal to establish a migrant workers fund to be used to repatriate Kenyans in distress abroad. 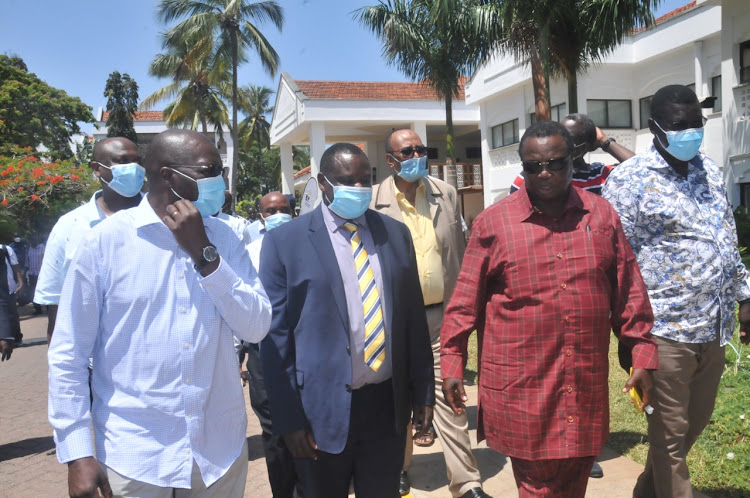 The government is in the process of drawing bilateral labour agreements with Saudi Arabia and Qatar governments to protect migrant workers.

Labour Cabinet Secretary Simon Chelugui said Kenya produces about 1.4 million skilled personnel every year. He said most of them are absorbed by the government, with the balance seeking jobs in the private sector and abroad.

He spoke during the opening of the 26th meeting of the National Labour Board at a Mombasa hotel on Wednesday.

The CS said they had finalised the agreement with Qatar and would soon head to Saudi Arabia to review the existing agreements.

One of the agreements was signed about four years ago with the Saudi government and the Gulf Corporations Countries (GCC).

The GCC countries are an intergovernmental political and economic union consisting of Bahrain, Kuwait, Oman, Qatar, Saudi Arabia and the United Arab Emirates.

“The most important idea now is to have a proper engagement to ensure that Kenyans who desire to work abroad for anything are protected, that’s why we are drawing bilateral labour agreements. Today as we speak, we have developed and signed three of them,” Chelugui said.

He said the ministry is focusing on giving responsibility to the source country and the destination country, and to ensure that all Kenyans – both locally and abroad – are protected.

“We still have issues with one or two countries but we are tightening the issues. I believe two years down the line these issues that we are dealing with will be a thing of the past,” Chelugui said.

He said the ministry is working on a proposal to establish a migrant workers fund to be used to repatriate Kenyans in distress abroad.

The CS said they were going to talk to Kenyans working abroad to contribute to the fund.

“We are in the process of establishing a migrant fund that will be instrumental in catering for repatriation expenses of Kenyans in distress abroad, so far the ministry has been able to successfully repatriate around 1,500 Kenyans at the expense of the taxpayer,” Chelugui said.

Remittances from the diaspora have grown to Sh350 billion, making it one of the top four revenue earners for the country, the CS said.

There are four million Kenyans working abroad, with about 190,000 working in Saudi Arabia alone.

Labour PS Peter Tum said the ministry held several meetings with ambassadors from several Arab and Middle East countries to ensure that the welfare of Kenyan migrant workers is taken care of.

He said the ministry, through the National Employment Authority, was able to track all Kenyans who travelled abroad under them.

Tum, however, said there were some unscrupulous agents who had taken Kenyans abroad through illegal means.

“We have had a series of government-to-government talks with ambassadors from these countries to ensure that the welfare of Kenyans is protected. So far, there have been no complaints brought forward by Kenyans whose travel was facilitated by agents registered by the authority,” the PS said.

Cotu secretary general Francis Atwoli called on the government to suspend all employment agencies, accusing them of practising modern-day slavery and selling innocent Kenyans as workers in the Middle East.

He called on the Labour ministry to discourage Kenyans from travelling to Saudi Arabia.

“We need to suspend this issue of travel agencies, this is indirect slavery in the glaring open eyes of a very progressive and well-educated society,” Atwoli said.

He said Kenyans do not need to travel outside the country to look for jobs, saying Kenya has the potential to create employment opportunities for its people, especially the youth and women.

“If you go to Jomo Kenyatta International Airport in the morning, the number of coffins coming in from those places is worrying. A big number is headed to the Coast and Western region,” Atwoli said.

He said there is a need to improve infrastructure across the country to attract more investors who will create jobs for Kenyans.

“We need to ensure that we have water, electricity and good roads and the investors will just come in. It is just a matter of getting serious, being responsible and creating employment for our people,” Atwoli said.