According to locals, the youth usually plot their crimes after attending local football matches 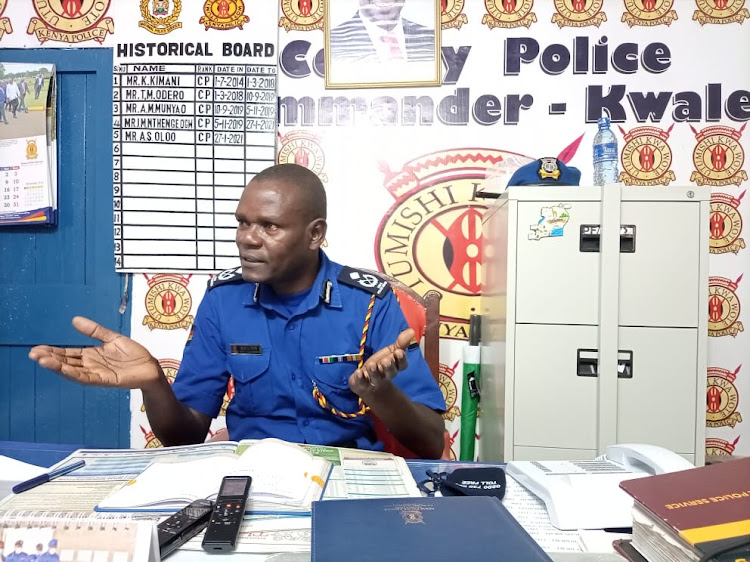 A new juvenile criminal gang has emerged in Kwale county.

The gang, which poses as a local soccer team, has been terrorising locals, according to the police.

Kwale county police commander Steve Oloo said the gang has been operating within the Msambweni areas.

Speaking to the media in his office in Matuga, Oloo said security teams have increased surveillance in the region in a bid to neutralise the gang.

According to locals, the youth usually plot their crimes after attending local football matches within the region.

“The intelligence teams provided us with this critical information and we resolved to temporarily ban football activities in Msambweni,” Oloo said.

According to Oloo, some of the gangs that were operating in Mombasa are believed to have established hideouts in Kwale.

The youth are believed to have escaped from Mombasa following an intensive security crackdown.

“We are now working in close cooperation with various security agencies from both Mombasa and Kilifi to track down some of these criminals,” he said.

Matuga subcounty is highly affected as it borders Mombasa county.

Oloo said they are monitoring movements of both known and unknown criminal gangs to enhance security in both counties.

“We conduct regular security meetings with our counterparts in Mombasa to have detailed information of the existing gangs and how to deal with them,” he explained.

The rise in criminal gangs in the Coast region has been attributed to drug abuse and acute unemployment among the youth.

Some of the gangs operating in Mombasa and believed to have sneaked into Kwale are Watalia, Wakali Kwanza, Wajukuu Wa Bibi, Wasasi and Wakali Wao.

In July, police in Kwale revealed that a group of young boys calling themselves ‘Weusi’ had invaded the region and were causing a lot of trouble.

The group was terrorising locals and motorists around Ng’ombeni, Kombani and Tiwi areas along the busy Likoni–Ukunda Road.

Police moved in and disrupted the group’s operations.

Oloo said security agencies in Kwale are now working with the national government and the Children’s department to curb crime among young people.

“We are looking forward to nabbing these children involved in crime and send them to correctional centres for rehabilitation,” Oloo said.

The police boss urged local chiefs and Nyumba Kumi ambassadors to be on the lookout and report any unusual activities within their areas.

Oloo said the war on crime and terrorism can only be won if the public works closely with the security agencies.