Politician says Lamu has many youths aged 18 years and who applied for IDs but are yet to get them. 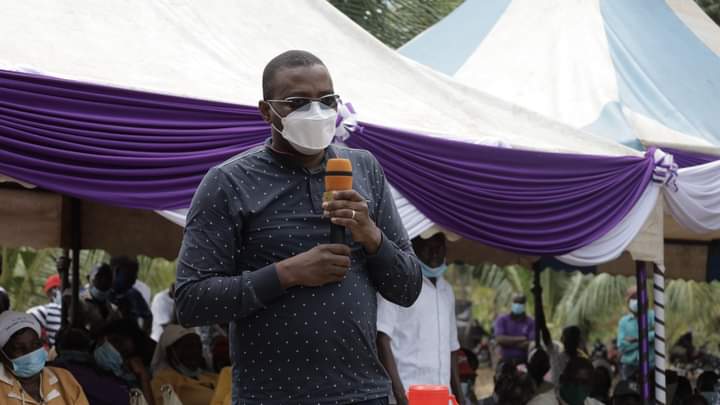 Former Lamu deputy governor Eric Mugo has asked the Ministry of Interior to release ID cards to enable applicants to register as voters.

Mugo, who will vie for governor on The Service Party ticket, said Lamu has many youths who have attained 18 years and applied for the IDs but are yet to get them.

He said the vetting process for applicants was slow and inconvenient and many are denied the document for flimsy reasons.

Mugo spoke as he embarked on voter registration sensitization across Lamu county, where he urged all eligible adults to register .

“Let those who have reached 18 years and above be given ID cards without any restrictions or unnecessary vetting hurdles. We can’t talk about democratic space if we can't give such groups IDs and allow them exercise their legal rights,” he said.

Young men in Lamu’s terror-prone areas have been denied ID cards after it was apparently established that al Shabaab militants were posing as locals and being issued with the document.

As a security measure, the national government halted the issuance of ID cards in terror-prone areas in 2014 following fears that al Shabaab militants would who were crossing into Lamu and conducting attacks would get the IDs.

There were also concerns that al Shabaab had already been successful in infiltrating the system and got IDs.

The exercise, however, resumed in 2019 with stricter regulations that include being thoroughly vetted and approved.

Mugo said the government should find a balance between containing terrorism and allowing Boni residents to exercise their democratic rights.

“Let us not allow terrorists to get our ID cards but at the same time let us allow genuine Kenyans to get the document as the law dictates,” he said.

He urged the IEBC to ensure all data is captured with utmost accuracy to ensure transparency not just in voter registration but in the forthcoming general elections.

“I call upon the IEBC to ensure their team works diligently and in accordance with the set rules. We ask them to ensure they capture the data with accuracy. Whatever is captured on the ground should be the same at their national database. We have had cases where voters find their polling station changed without their consent. This becomes a big inconvenience in many ways including depriving the voters their rights, which is illegal,” he said.