No justice for Lamu cops slain by drug gangs

All massacred to their early deaths by panga-wielding goons

Justice is yet to be served for police officers and local administrators murdered by suspected drug gangs in Lamu county, years on.

On June 8, 2020, police constable Rodgers Odhiambo attached to the Tchundwa police post was accosted by a gang of three panga-wielding men as he left a shop in the area, he was fatally slashed.

On December 11, 2019, Mbwajumwali senior chief Mohamed Haji Famau and his assistant Malik Athman Shee of Myabogi sublocation were attacked and slashed to death in their office in broad daylight.

The attackers were two men disguised as women, they wore Buibui's and had their faces covered in veils.

In October, 2019, police constable Hesbon Okemwa Anunda, attached to the Tchundwa police post was killed and his mutilated body dumped in a thicket along Mbwajumwali-Kizingitini road.

On April 22, 2019, Amina Bakari, 30, a volunteer peer educator with the Kenya Red Cross Society and Nyumba Kumi official, was attacked with a panga by unknown people as she closed her shop at 11pm in Mbwajumwali village.

On June 10, 2016, Mbwajumwali senior chief Mohamed Shee Mohamed, 50, was also hacked to death by unknown assailants while on his way to work.

In February, 2018, constable Paul Rotich, attached to the Kizingitini police station in Lamu East narrowly escaped death after he was ambushed and attacked by a panga-wielding gangster. He suffered deep cut wounds on the head and limbs.

All these people were killed by confident panga-wielding gangs who seem to have taken control of the drug-riddled Lamu East subcounty.

Years after the killings, no arrests have been made and it remains unclear if police are still carrying on with investigations as the cases seem to have turned cold.

Lamu county commissioner Irungu Macharia said three people had since been arrested in connection with the murder of the two chiefs and that the cases were ongoing at the Malindi high court.

One individual, 30-year-old Arafat Abdalla surrendered to police in the killing of police constable Rodgers Odhiambo in August 2020.

Macharia said the individual is still being interrogated by police and the case stays active at the Garsen high court.

“We arrested around three people in connection with the murder of the chiefs and their cases are still active at the Malindi court. We also have the suspect who was handed over to us by Muhuri. We are still interrogating him and the case is still on,” Macharia said.

He said the security department has taken strict measures to ensure no such incidents recur.

“We have intensified good relations with the community. We involve them as much we can. The good rapport has eased information sharing. The ban on pangas has also reduced attacks,” the commissioner said.

The Muslims for Human Rights Rapid Response officer, Francis Auma condemned the murders and said they are pushing for justice for the victims.

“The police proved true to their word by not killing Abdalla after he surrendered in the murder case of officer Odhiambo. The killings were merciless and highly regrettable,”Auma said.

A security source privy to the cases said no further arrests have been made after the surrender of Abdalla.

Unconfirmed reports indicate that some of the murder suspects were spirited away by villagers who refused to cooperate with security agencies.

“The confirmed position is that no one has so far been convicted. The case of the suspect who surrendered is still at Garsen and is not moving well. So far we can say, there is no justice for the slain officers,” the informant said. 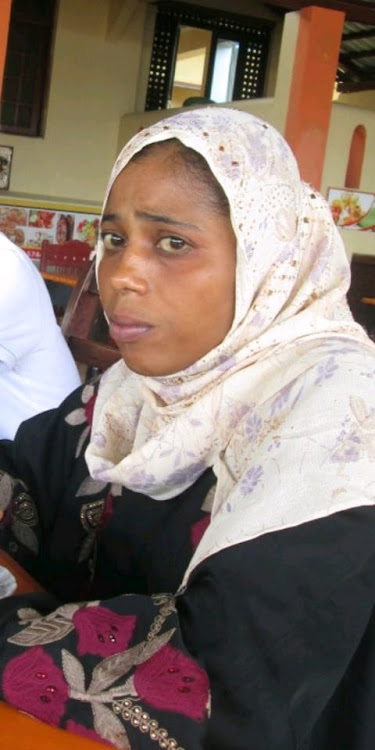