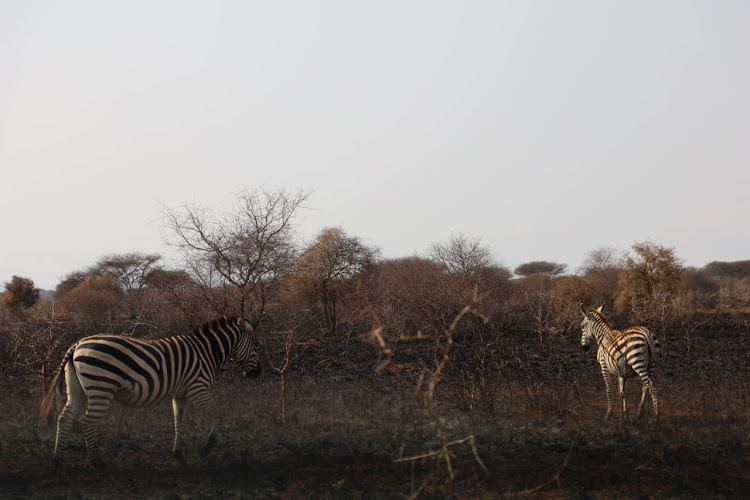 PROTECTING WILDLIFE: A herd of zebras walk past a section that was razed down by wildfire at Tsavo West National Park on August 10, 2020. Wild fires at the conservancy are linked to wild animals straying to settlement area.
Image: SOLOMON MUINGI

The two state of the art centres will be located at Kenya Wildlife Services office in Voi and at the Kasigau wildlife corridor.

Wildlife insecurity in Kenya is characterised by poaching, illicit trade, commercial poaching for bush meat and destruction of habitats.

Water, natural resources and climate change executive Esther Mwanyumba said the hubs will provide a coordinated and multi-agency approach in dealing with poaching and the perennial human-wildlife conflict.

While the killing of elephants and rhinos for illegal trade in ivory and rhino horn has reduced, the rise of commercial poaching for bush meat is emerging as a serious threat.

“The hubs will also create job opportunities for locals, improve their livelihoods through income-generating activities, coordinate security among other emergency operations,” Mwanyuma told the Star in an interview on Wednesday.

Statistics from the KWS have placed Taita Taveta county as a poaching hotspot. There has been frequent seizures of illegal bush meat in the last six years, mostly from dik-diks and eland - the world’s largest antelope.

Other identified bush meat hotspots in the country include Kajiado, Nakuru, Narok, Lamu and Tana River counties. Currently, about 143 bush meat cases are pending in courts.

The hubs will also be used to curtail logging, charcoal burning and bush fires along the wildlife migratory corridors at the vast Tsavo ecosystem.

Mwanyuma said wild fires at the conservancy are linked to wild animals straying to settlement areas.

Last year, approximately 10,000 acres of land were cleared by fierce fires that swept across the vast ranches and the Tsavo National Park. The conservancy is inhabited by thousands of wildlife species including the big five.

The fires greatly threaten the wildlife, vegetation and livestock in the region, which is rich in ranching and tourism activities. 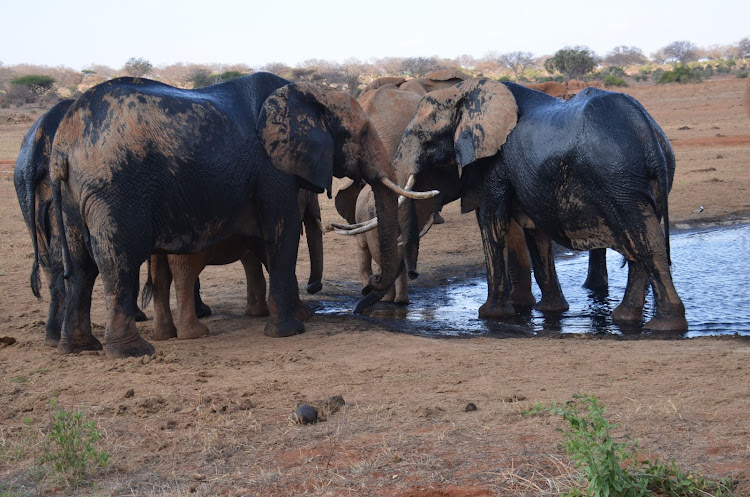 HUMAN-WILDLIFE CONFLICT: A parade of elephants mud-wallowing at a water point outside Voi Wildlife Lodge in Tsavo East National Park. Human wildlife conflict that has been a challenge in the county.
Image: SOLOMON MUINGI

The wildlife security hub project is funded by the United Nations Development Programme and shall be implemented by KWS and Taita Taveta county government.

Tsavo landscape coordinator Peter Lokitela lauded the county for taking the lead in the development of the ecosystem management plan which will attract investors to take part in wildlife security issues, conservation and forest management.

"Enhancing partnership is key to achieving more in the landscape. Wild fire, logging and poaching should be controlled for the communities to benefit from the conservancy," Lokitela said.

He said the agency will collaborate with other players in addressing challenges facing conservation in Kenya’s oldest and largest conservancy area.

Tokore revealed that plans were underway to complete construction of more than 90km electric fence along the national park.