• Mwanaisha says she is better placed to win the seat.

• Hassan, who was his mother's personal assistant for many years, said he has a better understanding of local politics and is better placed to win.

Two months after the death of former Kwale Woman Representative Zainab Chidzuga, two of her children have declared interest in the Matuga MP seat.

Mwanaisha Chidzuga, former news anchor at K24 TV station and her brother Hassan Chidzuga want to fight it out at the ballot for the seat.

Their mother, Zainab, who died on August 12 from Covid-19 complications, had previously declared interest in running for the parliamentary seat next year.

Kwale Sports executive Ramadhan Bungale is also in the race to unseat Tandaza.

Political analysts have said sibling rivalry is not healthy for the family, even though the two say they want to ensure they carry on with their mother’s legacy.

Mwanaisha and her brother are likely to get sympathy votes and win the MP seat if they unite and let one of them run in next year’s polls, political analysts say.

On Monday, family members met at their home in Golini, Matuga, to commemorate 40 days since the demise of Zainab.

Family spokesperson Salim Chidzuga told journalists that they have decided to support Mwanaisha, 38.

“As a family, we have decided that we will support Mwanaisha in her bid to become the next Matuga MP. She has all the qualities of a leader,”  Salim said.

But Hassan, Mwanaisha's brother, told the Star he will not back off from the race.

“I’m not stepping down for anyone. I’m better placed to win the elections and as a matter of fact, Mwanaisha is a registered voter in Tana River county, not Matuga in Kwale,” he said.

The Constitution allows a registered voter to vie anywhere across the country.

Hassan, who served as his mother's personal assistant for many years, said he is best suited to continue with what she had started in Kwale county.

Hassan, 40, said he has met with elders from all the wards in Matuga constituency, and that they have endorsed his candidature.

He said that together with his mother, they implemented many development projects and he is ready to raise the bar even higher.

“I have been my mother’s personal assistant. I have worked closely with her and therefore, I’m the right person to lead Matuga residents,” Hassan said.

If elected, he said, he will undertake agricultural and water projects to improve food security and end perennial water problems.

He said he will also prioritise education and youth employment.

On Saturday, during a wedding ceremony in Maganyakulo in Matuga, Mwanaisha told residents she is ready to join politics as the next Matuga MP.

“I wish to take this opportunity to ask you to support me as I join the race to be the next Matuga MP. You [residents] are my support in ensuring that I clinch the seat,” she said.

Mwanaisha said she will focus on women and youth empowerment programmes and ensure the issue of unemployment is addressed.

Unlike her brother, who is banking on local elders, Mwanaisha is counting on her family's support, popularity as a television journalist and support from the women on the ground.

During the burial of their mother on August 13, Mwanaisha was the first to hint that she would be going for a political seat next year.

“The electioneering period is just around the corner. We should vote for hard-working people, just like what our mother always envisioned,” she told mourners.

Lands Chief Administrative Secretary Gideon Mung’aro, who attended the burial, told the mourners that Mwanaisha was simply asking for their support in politics.

Msambweni MP Khatib Mwashetani asked the two siblings – Mwanaisha and Hassan – not to shy away from politics.

“She [Zainab] helped so many people and her demise is a major blow. Why don’t one of you take up the challenge and continue her legacy,” Mwashetani said.

Residents who spoke to the Star on Monday said the two – Mwanaisha and Hassan – should come to a consensus and agree on who will run for the MP seat next year.

Others have argued that Mwanaisha is better placed, while others said Hassan is the favourable candidate.

“Hassan should relax and let his sister take over,” a resident said. 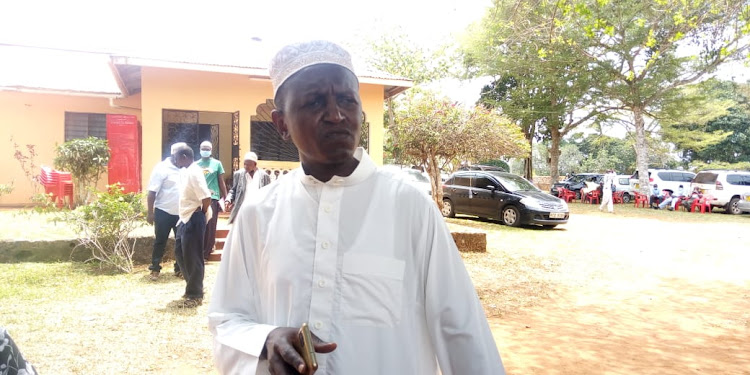