• Kenha Coast region deputy director Howard M’mai said it will be illegal to compensate individuals who have encroached on riparian land.

• The construction of the 457-metre-long bridge, which was launched by President Uhuru Kenyatta in December last year, is now at 20 per cent complete. 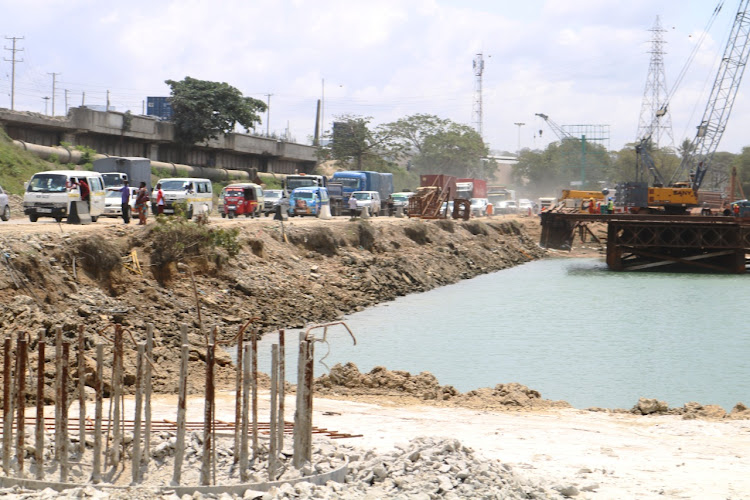 The national government will not compensate 400 families and fishermen affected by the construction of the Sh4.5 billion Makupa Bridge.

In June, the Mombasa Beach Management Unit, through its chairperson Mercy Mghanga, sought compensation or relocation for the affected fishermen and families.

“We are asking for an alternative for the fishermen and families that depend on the creeks. We have no objection to the project,” Mghanga told the Star during World Oceans Day celebrations at Mombasa Beach Hotel.

Kenha Coast region deputy director Howard M’mai said it will be illegal to compensate individuals who have encroached on riparian land.

He said no one owns the land around the Makupa causeway.

“No one will be compensated, the people living around the causeway encroached on the land that had been designated as riparian land,” M’mai told the Star.

The construction of the 457-metre-long bridge, which was launched by President Uhuru Kenyatta in December last year, is now at 20 per cent complete.

China Communication Construction Company, a Chinese company that was awarded the tender is expected to complete the project in April next year.

“So far, the construction works are at about 20 per cent with laying works currently ongoing at the site. However, much of the work is now going on at the workshops,” M’mai said.

The bridge will replace the Makupa causeway, which was built in 1929 to connect Mombasa Island to the mainland on the west.

The 365-metre-long causeway had blocked the free flow of water from Tudor Creek into Port Reitz Creek. It also affected fish breeding grounds and threatened the status of Mombasa as an Island.

On Tuesday, the National Assembly Transport Committee toured the construction sites of the Makupa Bridge, the Sh16 billion three-decker Changamwe interchange, the Sh25 billion Phase II of the Dongo Kundu bypass and the Sh19 billion dual road from Kwa Jomvu to Mariakani.

Nakuru Town West MP Samuel Arama, who is leading the delegation, said they are monitoring the progress of these projects while carrying out an audit of the workmanship to ensure that value for money is realised.

“These are high-impact infrastructural projects undertaken by President Uhuru Kenyatta’s government. We want to ascertain if there’s proper workmanship and that the projects are not behind schedule,” he said. 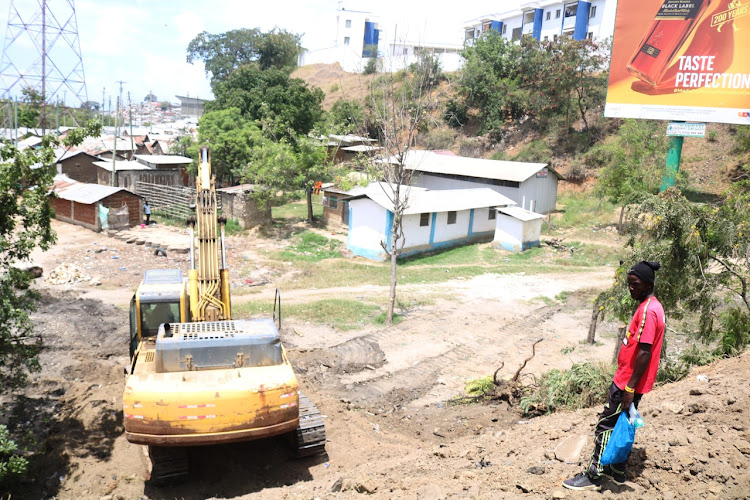 A bulldozer parked next to structures that will be demolished to pave way for construction of the new Sh4.5 billion Makupa Bridge.
Image: LABAN WALLOGA
by ONYANGO OCHIENG
Coast
15 September 2021 - 22:00